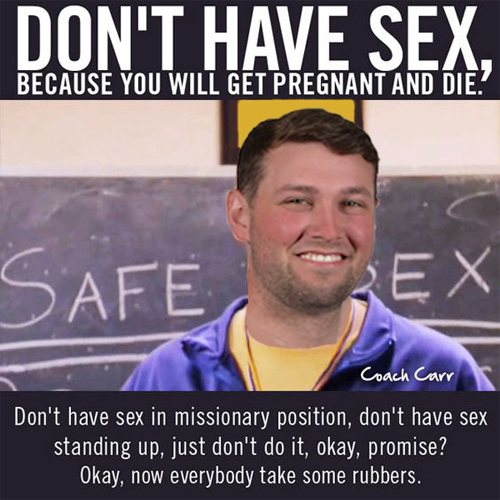 Yes, before you ask, I did have to look up ‘gonorrhoea’ before I spelled it. It doesn’t matter how many times I write that down, it still looks wrong to me.

I also tend to question anyone who can spell it first go no problems – no one knows how to spell that without good reason.

My, oh my, did that lovely, venereal disease give me a headache over the last few weeks. I just ordered another 8,000 condoms for you busy bunnies.

None of which will I avail of using myself due to geographically imposed celibacy. Do you know how sickening that is?

Now, I know that there may only have been 14 known cases but let’s all get real here and learn an old lesson or two from it.

A wise man (my father prior to me venturing on a ‘lad trip’ to Magaluf) once told me that you wouldn’t jump into a random bed without checking if the sheets were clean first and everyone, male/female/those who don’t define, should have the same approach to sex.

While it’s an awful metaphor and has mildly scarred me for life, I get what he means and he wasn’t too far off the cuff.

At the end of the day, we need to take stock of our actions. Before I get a mountain of emails accusing me of assuming all the students of UL are sexually promiscuous, that is far from what this is about (I would never assume such debauchery from the ever so responsible students of UL.)

This is merely a chance for us to consider a few things: How many of you have been screened for STIs? How many times have you asked a person about their sexual history or when they were last screened before doing the no pants dance with them?

I won’t lie, it hasn’t been the first thought to cross my mind when things get heated but is that a mistake on my part?

“It’s okay, she’s on the pill” has been the response of many a man when asked did he wear a condom but the pill doesn’t stop the burning sensation when passing urine or the chance of you passing that pain onto someone else.

As uncomfortable as it may be to discuss, you have a right to know the details before you have sex with someone. It’s that plain and simple.

It may seem like a stupid conversation to have but those sexually transmitted diseases can sometimes have long lasting repercussions.

So here is the breakdown:

If it is not treated it can cause pelvic inflammatory disease (PID). PID can cause permanent damage and lead to ectopic pregnancy, chronic pelvic pain and infertility.

Untreated gonorrhoea infection can cause epididymitis (inflammation of the male reproductive tubes), which can occasionally lead to sterility.

RIGHT. Now that the scary bit is over, just wise up and call into me. I’ve got a heap of condoms that are blocking up the entrance to my office. It’s 3 for €1 so I would much appreciate if they could be taken off my lonely hands.