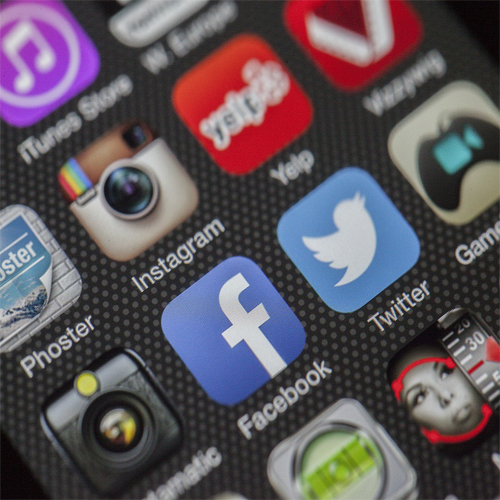 Social media is both a blessing and a curse.

It captures your memories and helps you keep in touch with friends, but you also run the risk of being cat-fished, dealing with online daters and cyber-bullying.

As social media popularity grows, so do the problems.

Cat-fishing is when an internet predator fabricates an online identity and tricks people into romantic or emotional relationships over a long period of time.

Some people do it to get revenge on a former partner, some people might be lonely or bored, some people want to cause trouble and some will never admit why they did it at all.

However, one of the biggest reasons people catfish seems to be because they don’t feel confident in who they really are, so they pretend they’re someone else.

Cat-fishing can happen on any social media account, for example, a fake Facebook profile, however in recent years more people have been using online dating apps/sites, which makes it even easier for these predators to find victims.

According, to The Irish Mirror, in 2015 more than 1 in 10 Irish people were registered on Tinder, a popular dating app which allows you to find people in your area.

Rena Maycock, Relationship Expert, says, “When it comes to online dating, it’s more the younger crowd that are going towards the likes of Tinder.

“It’s used in a much more practical way; to meet people, to form lasting relationships and to be serious.”

She continues that: “Older people, particularly the guys, tend to use it more as a hookup site.

“There are a lot of men and women out there who don’t intend to have an affair but like the illicit nature of being able to have an online fling with no consequences, they don’t realise that if their partner found out they were having an online relationship with somebody, it would be equally as damaging as a physical affair.”

For example, a 16-year-old girl pretending to be 18 (the age allowed on Tinder) could think she was meeting up with an 18-year-old boy, and could end up with a 30-year-old man, which is wrong on both sides- and the consequences could be severe.

This also goes for young boys and older women.

Also, the predator may be telling the truth about their age and life etc., but could be withholding vital information like their relationship status, so it mightn’t be cat-fishing because they didn’t create a new identity, but they still lied and could still cause emotional damage.

Most apps and social media sites have an age limit, for example Facebook, Instagram and Snapchat are all 13.

However, when you download Snapchat you are required to put in your date of birth, if you are under 13 you will be redirected to SnapKidz.

This differs from Snapchat because the children’s personal data will only be stored on the device on which they are using.

They can use the same features (filters etc.), but they have not been uploaded anywhere or sent to anyone.

In saying that, 13 or not, if you don’t feel that a child is mature enough to handle a social media account, do not allow it.

I wasn’t allowed on any form of social media until I was 16 and although I hated my parents at the time for it, I realise that it was for my own safety, from predators and to save me from future embarrassment as I am happy to say there is no evidence of young teenage me on social media and I am very grateful!

Don’t reveal too much information on social media, for example, mobile numbers or exact locations, and remember, future employers will be looking at your social media profiles so be careful what you post.

Gone are the days that home was the sanctuary it once was.

Now, bullies can not only get to you at school but if you have a smartphone they can still get to you in your house, with devastating effects.

According to a study in Yale University in 2016, bullied victims are 7-9% more likely to consider suicide.

All it takes is one mistake or one drunken video posted online, and it can be shared and viewed by billions before it gets shut down.

Even then, that doesn’t erase it from everyone’s memories.

The Centre for Disease Control reported that a student who experiences bullying is twice as likely to suffer from various mental health problems.

These include depression, sleep difficulties, anxiety, and much more.

In other words, be aware and be safe when using social media.

Which Stark You Are Based On How You Drink?