Olympian Michelle Not Finn-ished Yet 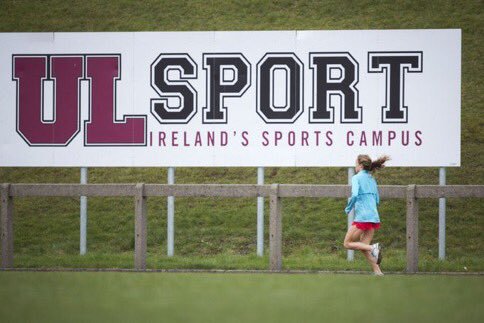 Olympian Michelle Not Finn-ished Yet

UL’s very own Olympic hero Michelle Finn has insisted that her aim is to qualify for another Olympic Games.

The 3,000 metres steeplechaser finished 11th in her semi-final heat at the Rio Olympics in August with a time of 9:49.45. However, despite missing out on the final, which by her own admission was a long-shot, the Cork native is content with her performance and insists that she would like to compete again in four-year’s time.

“I was relatively happy. I would have liked to have run faster and I think that I should have ran a bit faster, but it was a great experience so yes, I was happy and I’d like to go back, definitively.”

The 26-year-old PE and Irish student had set certain targets down prior to the competition, one of which would have been to make the final and/or surpass her personal best. Despite not doing either, Finn remains upbeat about her performance.

The Castlemagner athlete competed in her event alongside fellow Team Ireland members, Sara-Louise Treacy and Kerry O’Flaherty. Finn admits that there is a competitive edge to their relationship, however, she feels that they bring the best out of each other.

“It (their rivalry) definitely didn’t hinder preparations. The three of us are actually very good friends, but we are also very competitive I suppose which is good for us because on any given day we can beat each other. We tend to keep each other on our toes.

“I think we were all pretty contented. Most people in athletics did well and the best that they could have hoped to do. Tom Barr was amazing and even just the whole spirit of the team was really good because even when we weren’t competing or before our events we’d be watching to see how the others were doing.”

Michelle ran her personal best in Amsterdam in July, 2016 (9:43.19) with her time being more than four seconds quicker than the time she achieved in Rio. As a consequence of her performance earlier in the summer, expectation levels grew within her camp prior to her race in the Brazilian capital.

“I think there was an expectation on me, but only from myself and my coaches. They (her coaches) were so nice to me after the race, but we all knew that I could have ran faster. It was going to be a long shot for me to reach the final anyway, so I don’t think that it was a huge disappointment to be honest.”

“Amsterdam was probably the best. It was funny with the amount of work that you put in because I actually ran that qualifying time last year in Letterkenny on the July, 10th and the final in Amsterdam where I ran my PB (Personal Best) was the 10th of July a year later, with point something of a second in the difference. It’s funny to look at it like that I suppose.”

As has been well documented, UL had two athletes representing Team Ireland at the Olympic Games, Michelle and Thomas Barr.

With Finn and Barr being the most recent in a long line of UL Olympians, Michelle gave An Focal an insight into what exactly UL offers to athletes which makes it so distinctive.

“I think it’s just so obviously an elite sporting college, the facilities are really good, there are lots of teams to train with and the support network is here to help you succeed. It’s helpful when you also have someone to go running with and in UL, you always have someone to do that with.”