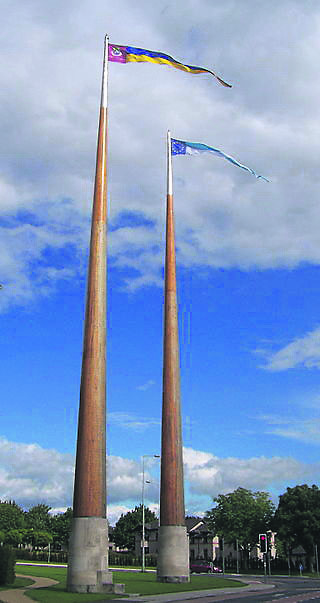 As Faculties Rep on the PSU Executive and Arts, Humanities & Social Sciences (AHSS) Rep on the PSU Council, I am dealing on a daily basis with the concerns facing postgraduates. At the moment the biggest concerns, particularly within AHSS, can be grouped under the umbrella of precarious employment.

Issues including a lack of contracts, unpaid tutors and a lack of clarity around duties and payment are combining to make the job of a tutor needlessly difficult, particularly for people who have started their PhDs within the past three or four years.

In terms of contracts, the main issue around contracts in AHSS is that some departments are issuing them and some aren’t. At the Science & Engineering Faculty Board meeting, the PSU representative was given a copy of a template contract that could form the basis for negotiating between department heads and postgraduates. As far as I am aware, no such template contract exists in AHSS, with contracts and terms of employment being completely at the discretion of individual department heads.

Following on from this, the lack of contracts contributes to a more general lack of clarity around duties and payment. Postgraduate tutors are only being paid for their time in the classroom, and indeed some tutors are only expected to work during classroom hours. Many tutors, however, face other duties that are not recognised or rewarded.

There is administrative work such as compiling class lists and keeping track of attendance, there is curriculum input, selecting set readings, marking tutorial assignments, and dealing with student queries. A tutor being paid for six classroom hours a week will often be working ten to fifteen hours a week when these other duties are factored in. Meanwhile, although payment is relatively equal across most departments, tutors in different departments are paid at least slightly different hourly rates.

On top of this, there are tutors who are not being paid at all. Some postgraduates have been given fee waivers in exchange for a set number of unpaid teaching hours a week. Many of these tutors have subsequently had the terms of their waivers changed without warning, with the number of unpaid hours they are expected to work being raised.

Indeed, some departments seem to be getting by entirely on unpaid tutors. This is an untenable situation, particularly as many departments cap the number of hours tutors can work per week, meaning that with their expanded unpaid teaching requirements tutors can no longer pick up extra paid hours, a vital part of PhD students’ income.

On top of this, a new Teaching Fellowship scheme has been created. This scheme is designed to assist with the Strategic Plan goal of increasing research excellence by attracting promising PhD candidates to UL with the promise of teaching experience and a grant.

We know that one such Fellowship that has been awarded is worth €15,000. While this is an understandable strategy when the faculty and the university as a whole want to attract more PhD students, it also means that PhD students who registered between 2012 and the summer of 2015 are bearing the brunt of the issues around unpaid tutoring and unclear or non-existent contracts.

I raised these issues at the AHSS Faculty Board meeting on the 21st of October and it seems that the faculty are willing to listen and address these problems as best they can.

Professor Tom Lodge, Dean of AHSS, stated that he cannot make the different departments all conform to the same standard in terms of what duties they require from tutors, as different departments have very different needs and teaching styles. He also offered to provide the PSU with copies of each department’s standards so that tutors have a benchmark and know what they can reasonably be expected to do. This is a very helpful and useful step and I for one welcome it.

Professor Lodge added that if individual postgrads wish to come to him because they feel they are being exploited, he will raise their concerns with their department heads in a way that keeps them anonymous, and invited the PSU to collate anonymous data on postgraduate tutors’ working conditions and grievances and bring this to the attention of a future faculty board meeting.

Again, this is very helpful, but it cannot work unless postgraduates are willing to come forward anonymously, either to Professor Lodge or to the PSU – through their Faculty Rep, through me as overall Faculties Rep, or through Seán McKillen, the PSU President – to express their concerns.

PhD students make a vital contribution to the university. The fees they pay contribute to UL’s bottom line, the research they do (and the conferences they attend and articles they publish) all factors into the university’s research profile, and they form a vital part of the university’s teaching staff, tutoring undergraduates and providing a point of contact between lecturers and students.

Surely this contribution should be recognised, and rather than being in a precarious position postgraduates should be in a secure position within the university? It seems that AHSS faculty members agree with this and wish to help as much as it is possible for them to do so, but they are limited in that the problems go beyond the faculty. These cuts to tutors pay are somewhat necessary because of restructuring and budget cuts being applied to the faculty as a whole.

In this year’s undergraduate prospectus, one of the career options listed for the BA in English and History is “sales and retail”. As a graduate of that very degree, I don’t understand the decision to put this in a course-specific careers options list, and I worry that it could appear to some readers that AHSS’s position within the university is not valued as highly as it could be.

In a time when we are seeing both budget cuts and expansion within the university, I feel that it is vital that the university provides support to all faculties and all departments and teachers within each faculty in order to continue to provide the wide range of course options and opportunities for interdisciplinary education that attracted many students – myself included -here in the first place.

Look after yourself – your Welfare update