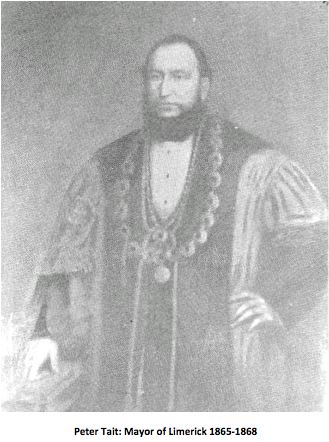 When considering Irish involvement in the American Civil War, what is mostly likely to come to mind are those who supported the Union, and more specifically, the men who fought in combat. Indeed, of the 1.2 million Irish immigrants living in America at the time of the Civil War, only 84,000 were living in the Confederate States. While roughly 150,000 Irish fought with the Union Army, only 30,000(approx.) fought with the Confederacy. One lesser known Irish connection is that of Limerick businessman Peter Tait.

Having moved to Limerick from the Shetland Islands in the early 1840s, Peter Tait built a trading business that grew into the city’s largest textile factory. By the outbreak of the American Civil War in 1861, Tait’s factory was producing enough textiles to supply the Confederate Army with jackets, trousers, caps, shirts, blankets, boots, stockings, and haversacks. Though it is not possible to decipher the exact quantity of textiles exported, Texan historian Frederick 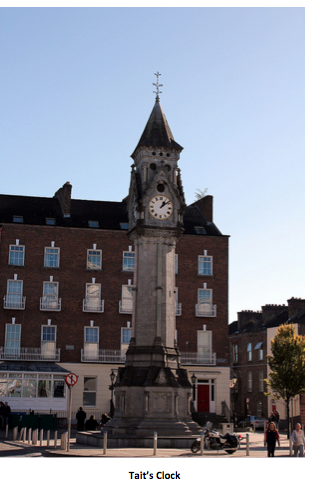 Adolphus estimates Tait’s Limerick factory – along with two English sister companies – to have provided the Confederacy with at least 53,600 ready-made uniforms as well as thousands of unassembled uniform sets and materials. The significance of Tait’s exports is consolidated further in that his jackets are the only imported Confederate Army jackets which are known to have survived.

Alongside his textile trade, Tait served three terms as Mayor of Limerick between 1865 and 1868. Such was his legacy as an employer and politician that Tait’s Clock Tower was erected in his name, a monument which still sits within sight of Colbert Train Station, or perhaps more familiar to some UL students, Costelloe’s bar. As foreign competition grew in the latter nineteenth
century Tait’s textile trade declined, leading him to leave the city. It is evident from his success in Limerick that Tait was an innovative and hard-working man. It is perhaps fitting in this case that Tait, in 1890, would not meet his death in predictable circumstances, but in the process of establishing a cigarette factory in Russia. 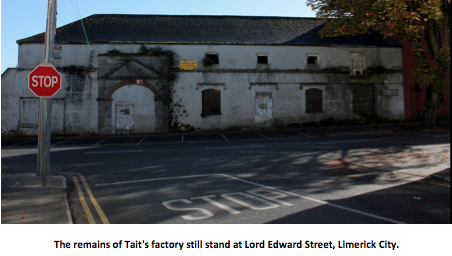