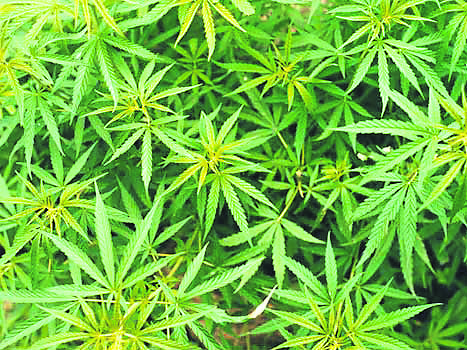 Decriminalisation of drugs, similar to what Portugal did back in 2001, could be coming to Ireland. Current Minister of State for the National Drugs Strategy, Aodhán Ó Ríordáin is hoping to bring this to the country amidst his belief that we need to stay focused on recovery.

This decriminalisation would see small amounts of currently outlawed drugs carry much lesser punitive measures with the likelihood being that small fines would replace what often would warrant jail terms under current laws.

College students being the stereotypical “stoners” and “potheads” in most tv shows and movies, this then is a decision that no one will be surprised that the student body will be very interested in.

This could be crucial to the decision government come to on this, especially having seen the change that the youth of Ireland made during the Marriage Referendum. So what exactly are the arguments out there at the moment?

Well the argument that would say that decriminalisation is a bad idea is strongly centred around recreational drugs being necessarily bad and these drugs having a strongly negative impact on the Irish nation if they become more frequently used. This being very much true to the effects most of these drugs would have on the population’s physical health, perhaps their work productivity and their mental health. As well as that it’s unknown how decriminalisation would affect usage rates.

There are counter arguments though and they say that firstly these drugs are being used by large portions of the population anyway regardless of the severe punitive measures in place and that decriminalisation would at least allow us to accurately measure usage rates and then in turn would allow us to better rehab those who are in serious need of help.

In the real world they are a problem and punitive measures aren’t discouraging drug use and punishing people by putting them in jail (a hostile environment) and giving them a criminal record will not help them deal with their addiction or possible mental health problems.

Punitive measures have not prevented people using drugs so why would the Irish Government continue to use them when, with decriminalisation, we can at least identify and better address the problem.

“Globally, drug use is not distributed evenly and is not simply related to drug policy, since countries with stringent user-level illegal drug policies did not have lower levels of use than countries with liberal ones,” concludes the 2008 World Health Organisation study ‘Toward a Global View of Alcohol, Tobacco, Cannabis, and Cocaine Use’.

The cannabis camp have armed themselves with medical research which indicates it does have health benefits and has a place in the medical world – there’s also scientific research which points out alcohol is as damaging physically as well as economically than many other drugs.

“Alcohol misuse in Ireland is fueling a growing health and crime crisis that is costing us an estimated €3.7 billion a year in health, crime/public order and other ancillary costs, such as work-place absenteeism,” says Alcohol Ireland quoting a 2010 study from the Health Service Executive. Even more progressive would be the argument that decriminalisation isn’t enough and that to protect and care for drug abusers the best course of action is legalisation and regulation.

This, it is argued, would allow the government to ensure that the drugs being used were used as intended and not more dangerous mixtures. The government would receive tax which would be able to fund better rehab facilities and programmes and simultaneously would take money away from drug lords and hopefully, in turn end the infamous drug feuds which consume so many lives in poorer areas.

The options presented by these arguments are not great. Decriminalisation or legalisation are hard because they are a risk to usage rates but the alternative to keep things the way they are and not address that people are using drugs anyway and in a more harmful environment is to me a much crueler decision.

Is it even appropriate then considering that the Irish nation who are internationally recognised as a nation of alcoholics and seem to dismiss alcoholism and alcohol abuse as “a bit of craic” are debating the use of small amounts of what are largely considered milder/less harmful drugs?

I think it’s more appropriate instead to say that the Irish nation is the pot calling the kettle black when disapprovingly talking about the sensible use of these drugs simply because they are illegal (at least in the case of ‘pot’).

*An Focal in no way condones the use of illegal drugs. The content in relation to drug and alcohol use in this article relates to UL’s Alcohol and Drugs Awareness Week and involves opinions of UL students which are solely intended to illustrate opinions and promote discussion. Nothing in this article should in any form be taken as an endorsement of any illegal or unhealthy activity involving drugs or alcohol.