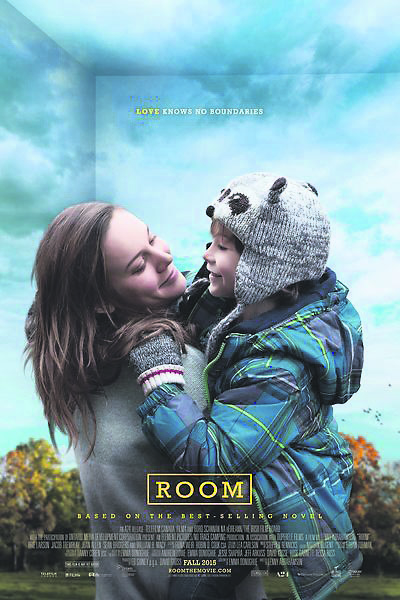 I have not yet read the book this film is adapted from. But I plan to. This film caught my eye because I found out that Irish director Lenny Abrahamson, someone I greatly admire was directing the film and Irish author Emma Donoghue wrote both the book and the script. I didn’t know much going into the film, which was a blessing in this case. I did not know anyone in the cast either. However, I made the right choice in watching this film, despite going in blind. Upon researching I realised how critics were giving such positive reviews to this film, which was a low budget by film standards. So that excited me.

The film tells the story of Jack and his mother Ma (Joy), who had been held captive in a shed titled “Room” for five years. Ma, as it turns out was kidnapped by Old Nick at age 17 and has lived in “Room” since then. As the film progresses we see Ma and Jack come up with a plan to escape “Room”, a plan that five year old Jack is terrified about as it’s all he’s ever known. Jack is told about the outside world, a world he did not know existed, and is trained to play dead in an attempt to fool Old Nick into taking Jack from “Room”. Their attempt to escape is successful and the pair have to adjust to life in the outside world, something that Jack has never experienced before.

Brie Larson starred as Joy (Ma) and Jacob Tremblay played her son Jack. Both actors did amazing jobs. I didn’t expect to connect with this film as much as I did. It’s honestly one of the best things I’ve seen in a long time. Something I found very interesting, yet makes the film seems all the more real was the fact that Joy’s father found it hard to bond with his grandson due to the fact that the man who kidnapped Joy is Jack’s father. It created tension between many of the characters in the film. There is a harrowing realism in the film with the mention of depression, suicide and mental trauma.

The cinematography is so simple but it’s beautifully shot. It was filmed in Toronto, Canada from November 10th 2014 to December 15th. In particular the scenes where Jack escapes and experiences the outside world for the first time brought tears to my eyes. The film is a clever exploration of coming to terms with captivity, freedom and life in a world never previously experienced.

Brie Larson, age 26 played the character so well. I expected her to be a lot older in real life. She portrayed a mother, a young woman coming to terms with her captivity so convincingly. Tremblay, a nine year old actor was able to bring an innocence to the role, yet seemed to understand the importance of the character. No doubt he’ll go on to do great things. Another actor that stood out in my opinion was Tom McCamus who played Joy’s stepdad Leo. His character had a few touching moments with Jack throughout the film. Joan Allen, who played Joy’s mother brought an interesting insight into the life of someone who was on the other side of Joy’s kidnapping.

The score was lovely, I particularly liked the score when Jack finally meets the outside world, it’s simple but conveyed the emotion of the scene perfectly. Songs of note are “All Things Lost” by MS MR and The Mighty Rio Grande by This Will Destroy You. They help to convey emotion and set the tone for the film.

Room is doing so well on the awards show circuit and I do think that Brie Larson deserved to win the Golden Globe for Best Actress. I wish that Jacob Tremblay had been nominated for more awards, because he played Jack at age eight and was astonishing. Room has been nominated for four Academy Awards (Oscars); Best Actress, Best Director, Best Picture and Best Adapted Screenplay. Having watched practically all of the films that generated Oscar buzz, I have a strong feeling that Brie Larson is going to rightfully win all the major awards. Lenny being nominated for Best Director was a surprise but I am so happy for him. I can’t say it enough, 2015 was a phenomenal year for Irish film.
I honestly couldn’t recommend this film enough and seriously well done to Emma Donoghue, an Irish writer for writing the book and the script. Lenny Abrahamson has to be given credit for such a beautiful film, he’s an Irish director you should watch out for!

From the Cradle to the Grave