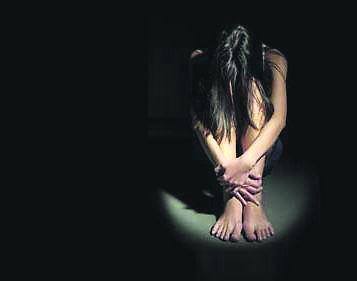 A defendant can assert an “honest but mistaken belief” that the victim consented, which is decided by the jury on the basis of whether the defendant believed the complainant has consented, no matter how unreasonable that belief.  Where such a defence is raised, the defendant is more likely to be granted leave to produce evidence of, and cross-examine the complainant on, the complainant’s sexual history. (The Examiner survey found that 29% of the public believe the woman is partially or totally responsible if she has had many different sexual partners.)

This phrase could evoke a number of responses from you, dear reader. Maybe it’s that I’m exaggerating. Maybe you accept that sexual assault is a very real problem in our society, but a culture? Nope. Maybe that’s a problem somewhere else, but not here in UL. You might even go so far as to call me a fat feminazi lesbian (it wouldn’t be the first time). Some of you will no doubt nod your head in agreement.

According to the Rape Crisis Network of Ireland, 91% of perpetrators are known to survivors. 9 in 10 rapists are our friends, our neighbours, our lovers, our siblings, our classmates. These are not the people sneaking up on us in dark alley ways. This is the boy you remember from school who said he would help you when you got lost on a night out. This is the girl who tells you a real man would want sex. The guy you kiss on a date who ignores your protest when he starts running his hand up your leg. Your partner who guilts you into doing things that make you feel sick and uncomfortable. The boy you assumed you could trust who looks you in the eye, calls you a whore and says: “You are getting fucked.”

Rape culture exists. And we all play a part.

Let me be perfectly clear: if someone makes the decision to forego consent and sexually assault you, there is nothing you can really do. Sometimes victims escape. Sometimes. But if this is going to happen, it’s going to happen. It’s not your fault. There is nothing you could have done. But you can at least know what happened to you, instead of living in the stress of self-blame and confusion and hurt.

Victims of rape are at a higher risk of depression, suicide, PTSD, and drug and alcohol abuse. 1 in 5 women and 1 in 10 men have been sexually assaulted in Ireland and rates are even higher amongst the disabled, the LGBTQ community, people of colour, and interestingly, college students. Why are these high rates of assault persisting? Ignoring the fact that certain confessed rapists in Ireland have merely paid a fine for their troubles, there is an epidemic of under-reporting and a severe lack of understanding about what constitutes consent. So let me say it in black and white.

Silence is not consent.

Clothing is not consent.

Past sexual behaviour is not consent.

Wearing someone down until they change their no to a yes is not consent.

An intoxicated yes is not consent.

Having no option to leave is not consent.

So this SHAG week, ask. It doesn’t have to ruin the moment. Make them beg for it. Make them explain in explicit detail what they want you to do to them. Don’t take the chance of causing life-altering distress. One little sentence can save someone a lot of pain.

Consent is an enthusiastic, consistent, explicit, non-coerced yes to sexual activity. Consent is not just sexy. It is absolutely necessary.