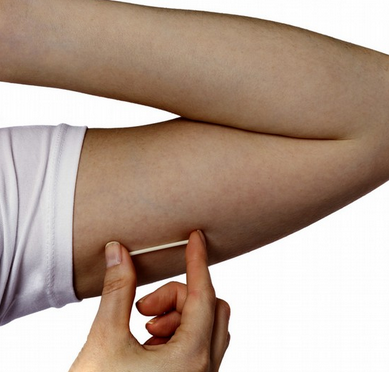 So you’ve heard about them from friends and you’ve read about them online but how much do you really know about contraception? In order to find the right contraception for you, you must ask some crucial questions.

Firstly are you forgetful? Because if so the pill is not for you. How much are you willing to spend on contraception? Most contraception is affordable, however there are some that are more expensive than others. As most people would agree, finding the one that suits you is all trial and error.

Obviously I would recommend speaking to your doctor. Don’t lie to your doctor, they’re not going to judge you, they’re there to help. Talk to them about your concerns and your preferred type of contraception.

This tablet contains two female hormones (oestrogen and progestogen). These tablets stop you from ovulating (releasing an egg each month). Each packet contains 21 tablets which you take at the same time everyday. You then take a break for 7 days, in which time you should get your period. It can help reduce bleeding and period cramps. Vomiting, diarrhoea and other drugs can reduce its effectiveness.

Contains one female hormone, progestogen. It works by preventing the sperm from entering the cervix. It may also thin the lining of the womb therefore preventing the egg from settling. It may also prevent the egg from being released. Each packet contains 28 tablets which should be taken at the same time everyday. It may cause irregular bleeding. Vomiting, diarrhoea and other drugs can reduce its effectiveness.

Contains progestogen and must be injected approximately every 12 weeks. The hormones are released to prevent ovulation. This is very useful for women who may forget to take their daily pill. The injection must be given by a doctor or nurse. It may cause irregular bleeding and it can take time for periods and fertility to return to normal.

It is a small object made from plastic and copper that is placed in the womb. It stops the sperm from reaching the egg and delays the egg from getting to the womb. It may also prevent the egg from settling in the womb. The coil must be inserted by a doctor who is specially trained. It begins to work straight away and will last for ten years. It may cause irregular bleeding and there is a risk of pelvic infection.

Otherwise known as the bar, it is a flexible rod that is placed under the skin on the inside of the arm. It cannot be seen but it can be felt under the skin. It releases progestogen which prevents ovulation. It also makes it difficult for sperm to enter the neck of the womb by creating a build-up of mucus. It works for three years. You must get the implant replaced and removed by a specially trained doctor. It may reduce period pain.

The patch is worn for 21 days followed by a seven day break in which you should get your period. It contains oestrogen and progestogen. The hormones enter the skin and prevent ovulation. The patch may be easier to remember than the pill. It can be seen on the skin. Some other medication can interfere with its effectiveness. It is more expensive than the pill.

None of the above methods protect against sexually transmitted infections (STIs) so it is important to also wear a condom, which is 99% effective when used carefully. Condoms are available in the Welfare Office or at the Students’ Union reception.

So be safe kids and remember the only contraception that is 100% effective is abstinence.

All this information is from www.thinkcontraception.ie

The Itchys and the Scratchies