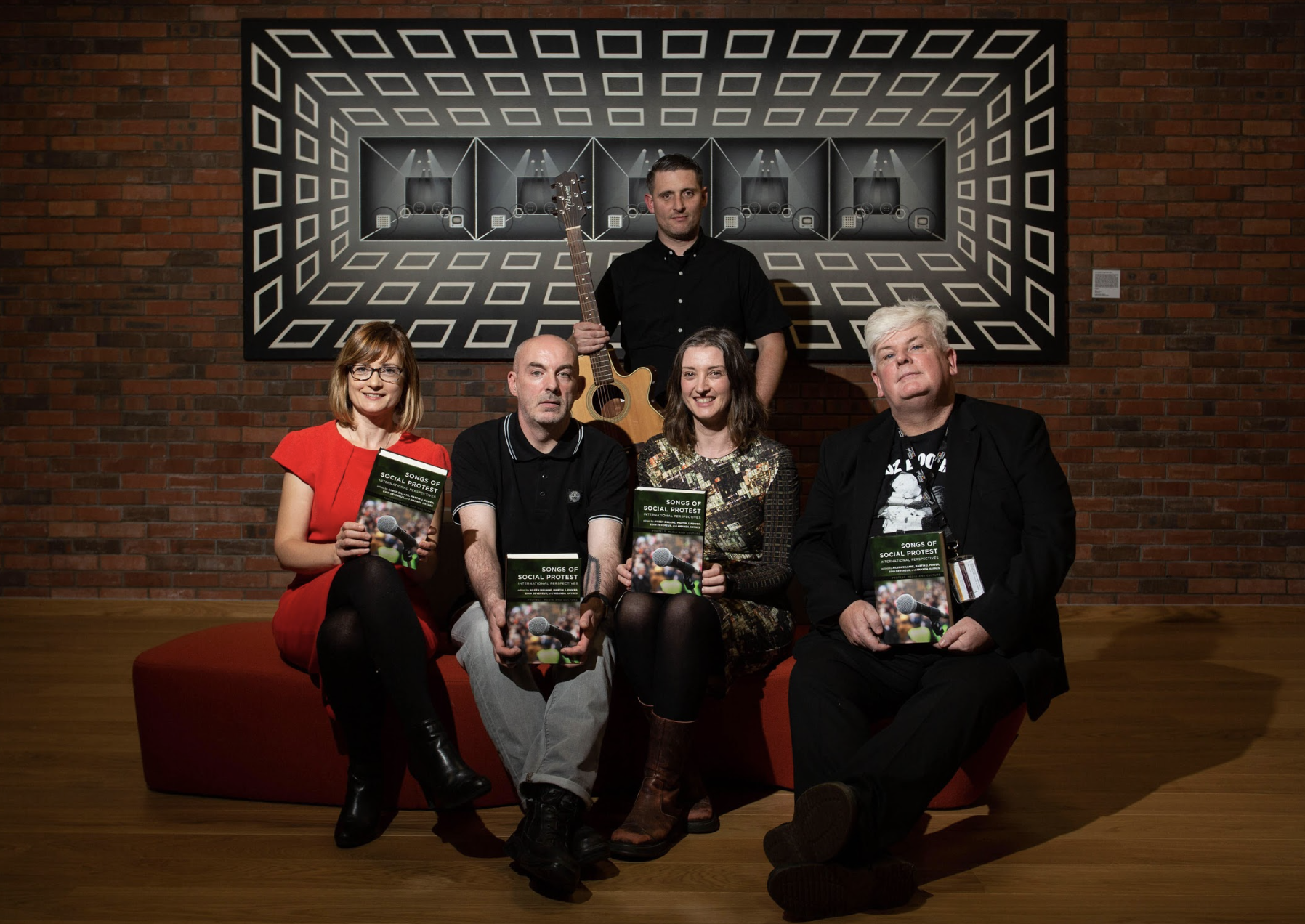 A major collection of essays entitled Songs of Social Protest was launched this week at the University of Limerick (UL).

The book features 33 contributions from the four corners of the globe on the power of music to bring about social change.

Speaking at the launch held at the new Glucksman Library, co-editor Dr. Aileen Dillane said: “Song is such a powerful medium, especially when it comes to calling out injustices.  Songs of social protest operate in a variety of ways – as noisy, exuberant expressions of solidarity in a collective; as individual, insightful narratives or messages that draw attention to specific causes; as something in between.”

“All cultures in this world have music and song.  Singing is a primary mode of communication. Put that together with social and political protest and it’s easy to see what a potent combination they make.”

Musician Steo Wall, who has worked with the likes of Damien Dempsey and Davy Spillane, performed at the launch.

He said he was honoured to be asked to sing at the launch stating: “A song is a very powerful thing, a piece of music has the power to transport you through time and space, take you right back to a time and a place and make you feel the very same emotions you felt 20 years ago.”

“I think any song writer or artist worth their salt should reflect what goes on in society, the good the bad and the scary. A good song should hold a mirror up to the world and get people thinking and talking about the real issues.”

UL Students Lend an Ear to their Peers