Spiderman Swings into contention for Game of the Year 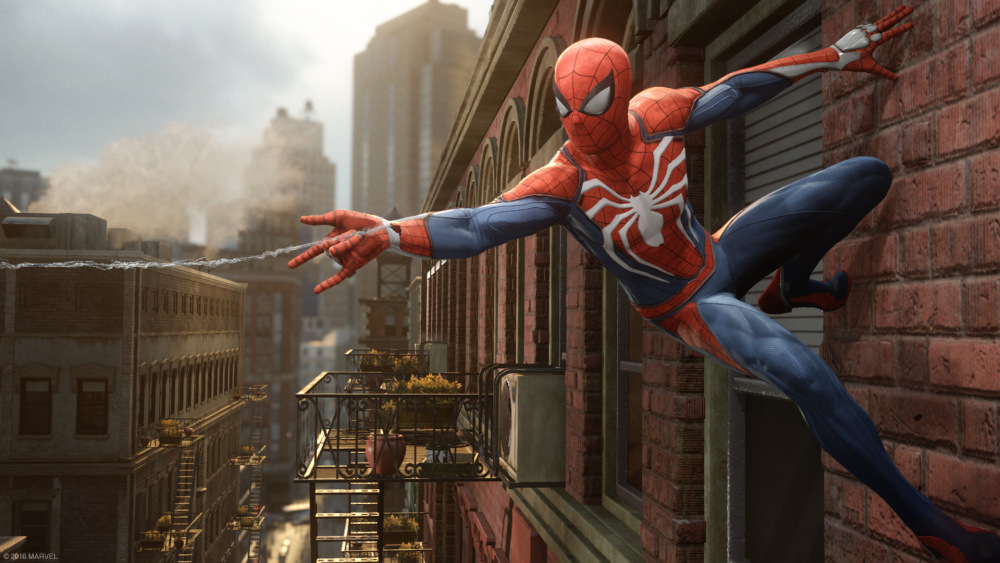 Spiderman Swings into contention for Game of the Year

While Marvel’s dominance in the world of cinema is all but complete, there’s been a noticeable dearth in quality video games to piggyback off of that success. Finally, the people at Insomniac Games look to fill the gap with the highly anticipated Marvels Spider-Man.

First off, the game’s greatest strength is its traversal system. Spider-Man flies through the New York skyline with a speed and grace that still leaves me smiling after thirty hours of play. Insomniac are clearly aware that there have been many Spider-Man games before their interpretation and they waste no time in giving you all the tools you need to make it from Harlem to Midtown as stylishly as possible. Swinging from point to point is such a blast that it makes the fast travel system almost redundant and you may find yourself ignoring the missions altogether just to feel the thrill of slingshotting over the Chrysler building or skydiving off Avenger’s Tower. Well-timed swings are always joy to execute and a combination of diving, jumping and web-zipping means you’ll never touch the ground unless you want to.

Once you do hit the ground, you’re likely to encounter a crowd of thugs in need of a stern beat down. It will quickly become apparent that Insomniac has borrowed more than a little inspiration from the Arkham series of Batman games, including the use of dodges, gadgets and a hit counter, but the approach taken here is different enough that it doesn’t feel like a rethread. Spiderman has a variety of web-based tools that help put down enemies faster and as the game progresses; you’ll realize that combat is more about restraining foes rather than purely beating them into submission, which is more in character for our hero. When engaging enemies hand-to-hand, Spider-Man’s unique fighting style is highlighted with aplomb. He kicks and flips his way to victory as only he can and a clever player will use this singular agility to always stay two steps ahead of the gangs. As with the web swinging, mobility is key here. If you’re staying in the same spot for longer than two seconds, you’re doing it wrong.

Another focus of the Insomniac crew was in telling a MCU calibre story about both Spider-Man and Peter Parker.

Similar to Telltale’s daring interpretation of Batman, the game focuses on the person on both sides of the mask, to the point where Spidey and Peter feel like two completely different characters.

“The developers wisely realise that Peter Parker’s greatest enemy is not any animal-themed Super-Villain, but real life as a penniless graduate student.”

The game hammers home the fact that Peter’s live would be far easier if he simply hung up the tights but never wavers in the conviction that Spider-Man is a force for good in the city.

Despite the multiple setbacks Peter suffers, the story maintains the cheerful and optimistic tone of its titular hero and never becomes overly dour.

A huge cast of character populate this world, including a plethora of classic Spidey villains and a few surprising additions that will delight dedicated fans of the comics.

While the story has some conventional aspects, there’s also plenty of new takes on old characters and storylines pulled from all facets of Spider-Man’s long history that make it feel fresh and original for fans old and new alike.

Of course, this is all rendered void without an adequate open world to play around in and this game truly delivers on that front.

The New York City presented here is a perfect mishmash of reality and fiction, with the Wakandan Embassy and the Empire State Building somehow existing in the same world in a way that makes sense. The in-game lighting is spectacular, with the midday sun hitting the countless windows of the city just right. Aside from the main story chain, there’s plenty of side content to occupy yourself with.

Backpacks from Peter’s high school days litter the rooftops, each containing an old keepsake that fills in the blanks of the early years of his heroic exploits.

Cleaning up the city’s environment and completing challenges set by Taskmaster all award you tokens that can be spent to upgrade your tech, or unlock a new costume for the wall crawler. These costumes are a fan’s dream, encompassing many different iterations of the character including Tom Holland’s recent turns. Each comes with a unique power that mercifully isn’t tied to the suit and can be applied to another one at will.

In a game that does almost everything right, however, there are a few reservations.

For anyone that has played an open world game in the last five years, this will all feel incredibly familiar to you.

“There are towers to hack that reveal portions of the map, enemy bases to clear out and random street crimes to contend with.”

As mentioned, the combat and traversal systems are incredibly fun which helps to offset some of the inherent tedium but there’s a clear lack of innovation here. It feels as if all the creativity Insomniac displayed in the story and gameplay suddenly ran out when it came to creating the optional side content.

My copy of the game also suffered from a few minor glitches such as a taxi phasing through the walls of a cafe and a character suddenly rendered mute in a cutscene, although there was nothing game-breaking. None of these criticisms should serve as a deal breaker though, as Insomniac’s iteration of the wall crawler is still easily the best since the 2004 movie tie-in. The level of care and resources that have been put into the game is always apparent and players will be left more than eager for a sequel should it prove a hit.

Bonding with your New Housemates

A Letter to Freshers and Current Students, from a Recent UL Graduate