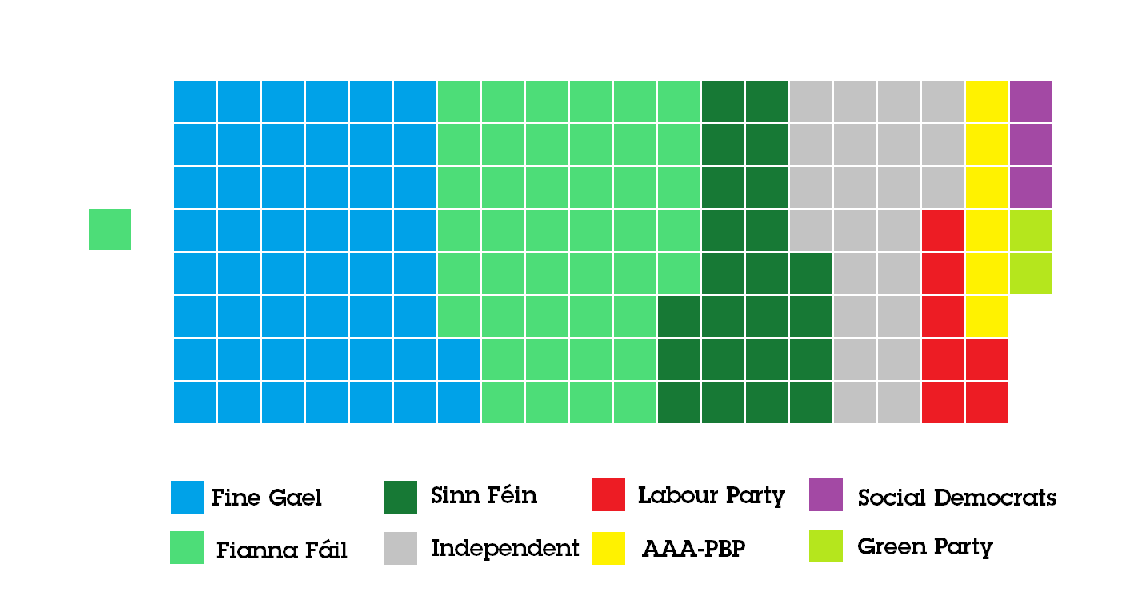 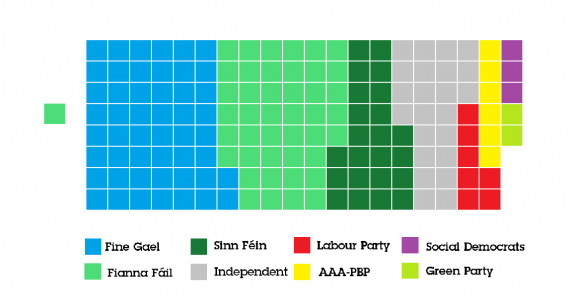 Irish politics has yet again turned into a playground battle between 8-year-olds. No one is willing to talk to their rivals to do what appears best for the country itself, all because of a decades-old little spat.

In fact most people will recognise that there are only three options being presented to the public on any possible government following last month’s General Election.

Option 3: A second General Election within the year

However many fail to mention another equally valid option in their declarations and demands that all parties and individuals across the Dáil spectrum must work together to form a stable government.

There is the potential for a rainbow coalition, as seen in the 1990s, yet a more colourful one now. This coalition would consist of Fine Gael (50 seats), Sinn Féin (23 seats) and the Labour Party (7 seats), bringing such a combination above the threshold of seats for a working government.

We know from not only the past five years, but also the past number of decades that Fine Gael and Labour have no great difficulty working together in government, but the question is whether the egos of the three parties would allow them to enter a government together. Would Labour be ready to set aside their ego to step into the role of the most junior government partner, below even Sinn Féin?

There will be some who argue that Sinn Féin is nothing like Fine Gael and Labour and therefore could never form a government with the two parties. However all we have to do is look north and ask how Sinn Féin has managed to stay in power with relative ease alongside the DUP, playing second fiddle in most cases to the unionist party.

Many would then argue Sinn Féin had to enter the Stormont Assembly in order to curb DUP policies and bring about moderation. Ironically this same argument has often been made by the Labour Party in the South to excuse its entering coalition with Fine Gael. In fact just as Labour has continually been accused of complicity in the unpopular actions of Fine Gael in the Republic, Sinn Féin has by the same measure been complicit in the unpopular actions of the DUP in the Northern Ireland Assembly.

Where Labour was viewed as players in the implementation of austerity measures, property taxes and water chargers, Sinn Féin can equally be viewed as players in the blocking of marriage equality and abortion law reform in the North. So either Sinn Féin believes itself a moderating force for those in power and believes it has a responsibility to form stable governance, or it doesn’t.

Fine Gael and Labour equally cannot continue to demand all parties step up to the mark on forming a new government, while also refusing to go into government with others. Also worth noting is the public lashing out from Labour supporters following the election, with many claiming the electorate had destroyed any opportunity for a repeal of the anti-abortion Eighth Amendment. In fact if Labour decided to enter a coalition government alongside Fine Gael and Sinn Féin, the repeal of the Amendment would easily be on the cards, especially compared with all other government formation options.

It’s time to step up and for all parties, especially Fine Gael, Labour and Sinn Féin to do exactly what they’ve claimed to be doing for the past five year: making the difficult decisions in the best interests of the State, no matter their own personal issues with such decisions.