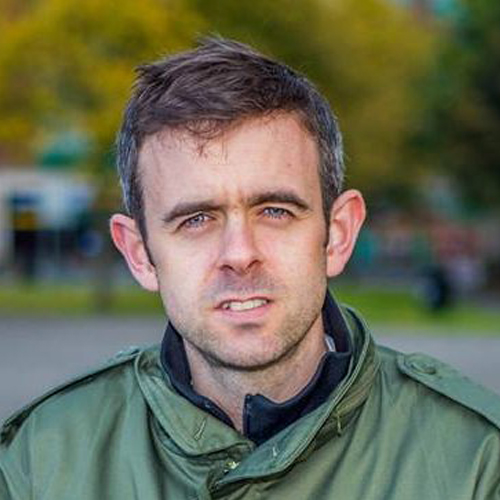 The official launch of the novel took place in Piltown, Co. Kilkenny, the author’s hometown, on January 27th .

More than 100 people showed up to the event and every single copy of the book was sold.

“My mum is one of thirteen, so I thought there would have been around 20 people attending the event, but around 100 or more showed up,” Mr Bourke said.

“We only had 60 books to sell,” he continued, “but we could have sold twice that number, it was crazy.”

“And the birds kept on singing” is set in Ireland in the 80s; the novel tells the story of Sinéad McLoughlin, a young girl who falls pregnant at seventeen, runs to England and puts her child up for adoption.

Although impatient at the start to get rid of this burden, she immediately changes her mind after holding her child for the first time, but it’s already too late to go back.

In the novel two stories run side by side: in one Sinéad keeps her baby, returns home and faces her life as a single mother while in the other she gives him up for adoption.

This storyline is quite intimate for the author, and not too far from his own life, “The theme of the story comes from my own life: that girl that run away to England at the age of seventeen was my mother and I was that child. I’ve always wondered what would have happened if I had been adopted,” Mr Bourke said.

The book is almost 600 pages long, and it took the journalism student two and a half years to write.

He started studying in UL in 2011, but an unknown illness forced him to interrupt his studies for few years: that is when the novel came to life.

“I got really sick, no one could explain what kind of illness it was, some chronic fatigue or something. So that is when the book started, I was at home and I thought I had to do something with myself. Something good came from something bad, after all,” he explained.

Mr Bourke is already thinking about his second novel, a story about loneliness and depression in Ireland.

“I’d love to be a novelist, but being realistic there’s not much money in it, unless you become really famous. I imagine that journalism can pay your bills while writing novels can remain just a passion.

“The journalism industry is changing so much, the skill of getting a story and reporting on it is disappearing, it’s being replaced by fluff,” he said.

Publishing his book wasn’t an easy task: Mr Bourke spent a year trying to get someone to publish his story, but most of the publishers were not interested enough while others wanted to change it or shorten it.

He did not intend to change his story at all so he decided to self-publish his novel.

“But if you’re passionate about it, you want to get the book out there despite everything. I didn’t know how good it was, I just wanted people to read it, regardless of how much it costed me.

“If you are a young writer and you feel like that, keep doing it, doesn’t matter how much it costs,” he continued.

“I had the thrill of seeing it in O’Mahony’s, it’s one those moments in life you’ll never forget. I started typing it in a small flat in Limerick on a laptop.”

“And the birds kept on singing” can be purchased in the Book Centre in Waterford, O’Mahony’s in Limerick and on Amazon.

Students Seeking Help On The Rise

Now That’s What I Call Music 2?