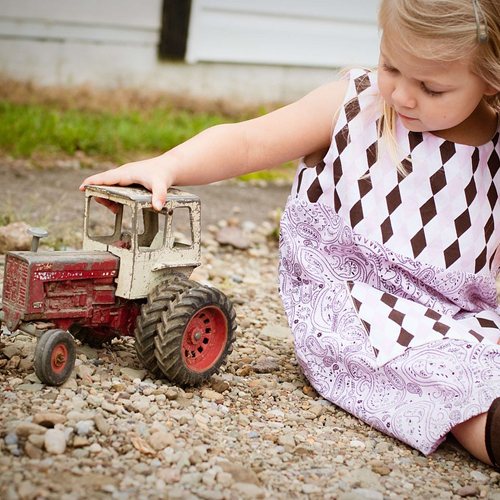 You wouldn’t be caught dead in a dress or a skirt. Especially not if it was pink, much to your mother’s disappointment. Trackie bottoms and football shorts all the way.

2. Peoples shock when they hear you owned a PlayStation 2

Well, you didn’t care. To this day, you love to remind your brother that you beat Crash Bandicoot in far less time than he did.

3. Being really good at sports

Whether it was basketball or football, playing for your local team or kicking against the wall in your back garden, your talent was pretty damn impressive. Still is if you kept it up!

4. Playing with boys’ toys were much more enjoyable

Building Hot Wheels tracks were just far more entertaining than Bratz dolls, though you still hold a grudge against your godmother for always buying you one that Christmas they were popular.

5. You started wearing make-up later than other girls

Other girls flocked into the first year of secondary school with perfectly smooth foundation, glossed lips and contour that could cut glass. You didn’t really have any interest in hopping on the bandwagon until a year or two later.

Whether older or a year or two younger, you always felt your brothers’ hoodies and t-shirts looked a lot better on you. Plus, they were far comfier than your own clothes.

7. Sporting events were a massive deal

Wrestlemania or the Premier League, you had to be updated on everything that was going on. Emotions may or may not have gone into overdrive during this time.

8. Wanting to cut your hair really short, or constantly wearing your hair in a ponytail

Long hair gets in your face when you’re running around after a ball. Not only that, you highly doubt short hair got tangled as easily.

9. You were a bit more rebellious than your siblings

Tomboys are generally handfuls and very wilful. You were determined nobody was going to tell you what to do.

10. There’s still elements of these things in you today

Maybe after all these years, you’ve still kept up with the latest consoles. Perhaps you’re part of your college sports team. Whatever it might be, some of these elements probably still shine through despite it being years later.