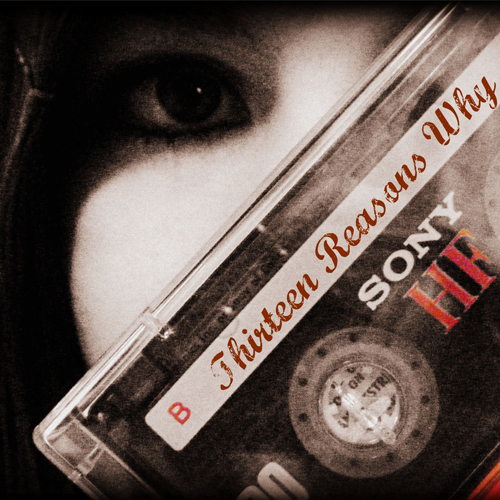 The new series that recently began streaming on Netflix is adapted from a book and already has raving reviews despite only being aired on March 31st.

It should be taught in secondary schools around the world as it teaches teenagers a valuable lesson about bullying. Especially in the season finale but I won’t spoil it!

In my opinion, I haven’t watched a series like this yet- it’s an extremely basic idea portrayed in an original and creative way.

At times it was extremely difficult to watch, especially the episodes surrounding Jessica’s party, but it’s a harsh reality of what happens in teen’s drinking cultures today.

I mean Dylan Minnette’s journey and progress during the series is truly emotional but so interesting to watch.

It’s rare that a TV series isn’t targeted at a mainstream audience. It’s use of Indie music and unique characters such as Skye, make it relatable to a more alternative audience.

The characters are not just one-sided. There are many facets to all of them- one second you hate them, then you could feel sorry for them.

7. A voice to those that are silenced

This is extremely important in today’s society. Even though Hannah is gone, she is demanding that her voice is heard even though she was too afraid to speak when she was alive. Although it’s unfortunate it was too late for her to be saved, it’s important that she was represented in the series so people can know they’re not the only ones who feel lonely sometimes.

Rape, Bullying, Sexuality, Anxiety, Depression, Suicide – there’s finally a programme that deals with hard topics that are difficult to discuss but are important to be represented.

There are so many factors in this series that make it relatable like dealing with rumours and relationships, making it an interesting watch.

The way Clay cares for Hannah can be hard to watch at times because for those of you who have already watched it, it was a bitter-sweet love.

13. You won’t want to stop watching

Heart-wrenching and warming, difficult to watch but you don’t want to look away. It’s simply unlike any other series.

For thirteen reasons why you SHOULDN’T watch 13 Reasons Why, Click HERE.