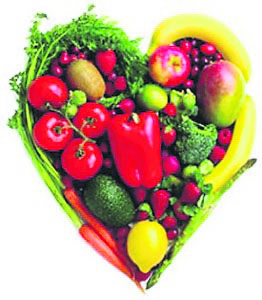 At the start of this month I hit a milestone: on September 10th I had eaten vegan for an entire year.

I didn’t think it was possible, for the most part I thought vegans were crazy and while I agreed meat and egg production is cruel I believed to be healthy you needed protein and that that comes from meat.

The reason I made the change was because I had moved out and began buying my own food.   Based off of a popular ‘gymrat’ diet IIFYM (If it fits your macros) I realised I could hit my desired macronutrients. The idea behind IIFYM is simple, you aim for a certain amount of carbs, fats and protein in a day for example, 150 grams of protein, 350 grams of carbs and 80 grams of fat.

With that in mind I changed to a plant based diet and aimed for those goals, my food was boring, cheap and most importantly filling. I was spending under 3 euros a day on food and keep in mind I was getting 3,500 calories in.

It was hard to eat what felt like such large amounts but eventually I got used to it and it wasn’t so much of a bother and when I wanted I splashed out an extra couple of euro’s and made bean burritos, which I stand by as delicious to anyone and everyone.

I lost a lot of weight very quickly, which I put down to my very high fibre diet, drinking a lot of water and eating very low sodium (not out of intention).

For a while my strength was unaffected, I still deadlifted the same amount and I could squat and shoulder press more than ever before at 7 kilograms lighter.

Eventually I lost too much weight and strength declined. I was down to 72 kilos at 6 ft tall.

So I decided I wanted to put on weight and this I struggled with a lot.

I had to change my diet but found I needed a lot of food just to put on any weight and the extra load of food was very hard to manage, after a lot of diet manipulation I managed to put on 3 kilos and was eating about 5000 calories a day.

Not very successful.  Another big diet change I began eating a lot more carbs not worrying about eating much protein and I shot up pretty quick.  I went from 75 to 81 kilos over a month and a half, a little too fast. But my strength shot up (very reassuring for me) and I was eating 6000 calories a day and enjoying the food I was eating.

Since then I’ve changed many times, I’ve since realised I don’t need a whole lot of protein and carbs aren’t the evil villain I’ve been told they are.

There’s been a lot else that has happened that has affected all of this, my training programs changed again and again, I tried Wendler, 5×5 and HIT training, I went from college student with 13 hours a week to co-op placement of 40 hours a week and like I said what and how much I ate changed greatly.

But it’s taught me some things and from my own experience I feel healthier as a vegan, probably because I don’t ever pig out with the exception of a burrito which is just beans, rice, salsa and a wrap. Way better than a previous pig out session of ice cream, McDonalds and a selection of chocolate bars.

I originally thought I’d waste away, not be able to continue weightlifting as one of my hobbies, become malnourished and feel drained and out of energy.

Instead I’ve been opened to another world featuring Patrick Baboumian, Frank Medrano and Jim Morris, a short list of the many vegan athletes, I feel more energetic, I’ve been encouraged by my lack of choice to try new wonderful foods and I can be a part of something that I really believe is doing the world some good.

The only downside I’ve found is it’s a little irritating to eat out (but there’s a vegan restaurant in the city anyway).

What I’ve learnt this past year is that all of my previous assumptions about vegans were wrong, they are not necessarily weak and unhealthy, it is not expensive to eat vegan and it is not boring to eat vegan (but you’ll probably have to make it yourself and make the effort).

And obviously you can be unhealthy on a vegan diet just like any other diet, if I just ate peanut butter all day it probably wouldn’t be great for me but so would be eating pizza all day everyday as a non-vegan, and if you don’t train you won’t perform like a sprinter or powerlifter but being vegan will not disadvantage you (search for Patrick Baboumian on the internet if you don’t believe me).

For myself I can still train hard, eat well (and cheaply) and now do something I think is right and make a little difference in the world.

Really my best advice to anyone is to give it a try, I know most people think like I did but I promise you, if you eat enough (enough is a lot) then you’ll be able to live life as you do now regardless of if you train like a ‘beast’ or just play soccer for fun.