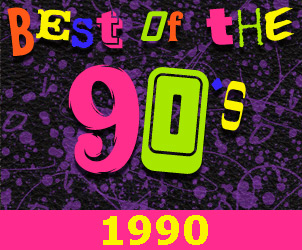 If you’re reading this article, there’s a high probability that you were born in the 1990’s.

As it turns out, we grew up in probably the most influential decade regarding film since the late 1960’s post-Hays code boom.

This was the decade where the old guard started to pave the way for the likes of your Tarantinos, your Andersons, your Smiths, your Finchers, and your Bigelows.

Nowadays, media productions based on serial killers are dime-a-dozen. You can’t move for TV shows or movies where our heroes have to track down an impossibly genius serial killer who’s always two steps ahead.

All of this can be traced back to this Jonathan Demme classic.

Who would have known that the director of a Talking Heads concert film and whimsical comedies would have accidentally spawned the wave of crime drama that was to come in the following decades?

Jodie Foster turns in a performance for the ages as FBI Agent Clarice Starling, who liaise with infamous serial killer Hannibal Lector (played by Anthony Hopkins, in a turn that launched him to the status as that one actor your dad likes) to track down the nefarious Buffalo Bill.

While Foster and Hopkins got the glory come Oscar night, it’s Ted Levine as Buffalo Bill that is the film’s most audacious performance, playing a serial killer who targets overweight women and keeps them in his cellar.

Levine plays it with such gusto; you’d be amazed to find out his most significant role since was the police captain on Monk.

Perhaps it’s for the best; you can never listen to 80’s pop banger Goodbye Horses ever again because of him!

That’s the best description one can give this bonafide cultural phenomenon.

You can’t write a list of the best 90s films without mentioning Pulp Fiction; it really is as simple as that.

The Oscars for 1994 are often regarded as the strongest Best Picture line-up in history, with this, eventual winner Forrest Gump, Quiz Show, Four Weddings and A Funeral and The Shawshank Redemption duking it out.

It’s easy to talk about the film in terms of its impact, but it’s so easy to forget this is Tarantino’s second film, and he approaches it with the confidence and cockiness of a seasoned veteran.

It’s the rare two hours thirty plus movie where you couldn’t cut a single part out – it’s all essential to the plot.

In any other movie, that run-time would be a slog.

In Pulp Fiction, it is a joy.

What if Frank Capra was bitter and cynical when he made It’s A Wonderful Life?

Groundhog Day is that movie.

A simply ingenious premise is milked for all it’s worth but remains as fresh and funny as it was 25 years ago.

The list of movies Bill Murray has been in breath-taking, but for my money, he will give a better performance than the one he gives here in Groundhog Day.

Bill Murray starts the movie essentially playing himself, but by the end, he lets the façade down, and it’s revealed he’s actually a big softie underneath.

It’s always a treat seeing an actor play against type, and no one does it better than Bill Murray.

Michael Mann’s run of films from 1986 until 2006 is the best stretch for any director in history.

If a modern director like Damien Chazelle or Ben Affleck released this film today, it would be regarded as the best work of their career.

For Michael Mann, this is just another day at the office.

How do you take the true story of a whistle-blower within the tobacco industry and turn it into the tautest and tense thriller this side of a Hitchcock?

Simple – you get Michael Mann to write and direct.

Mann’s previous film Heat was another strong contender for the list as it made bank robberies the coolest thing in the world, but for me, The Insider is the kind of movie Hollywood should be making all the time.

This is Mann at the absolute height of his powers, and Russell Crowe has a career-best turn as Jeffery Wigand.

It’s all well and good having America’s Greatest Living Filmmaker behind the camera, but that doesn’t mean jack if the talent in front of the camera is as good, so of course, the acting performances are first-rate.

Al Pacino, Christopher Plummer, Rip Torn, Stephen Tobolowsky, Michael Gambon, Lindsay Crouse are all in the primary cast, and reading that call sheet would give an Avengers film a run for its money in term of how stacked that cast is.

Much like Pulp Fiction, this is another long movie you would gladly watch another 2 hours of.

For the final entry on this list, I decided to go for a totally out-of-left-field choice; a 1994 drama from Hong Kong.

The story follows two unrelated lovelorn Hong Kong police officers in pre-handover Hong Kong who are both trying to get over bad break-ups.

The film is told in two distinct styles; the first segment has a sub-plot that could be ripped out of a John Woo movie about drug trafficking, whereas the second plot could easily be mistaken for a whimsical indie comedy directed by Greta Gerwig.

This sounds like a total mess of a movie tonal-wise, however, under the masterful control of Wang Kar-Wai, the movie is a cocktail of emotion about love in the city, anxiety for the future, wanderlust and the disintegration of relationships.

Get past the language barrier, and get sucked into the best foreign language film of the 90s.

Fashion According to Ciara