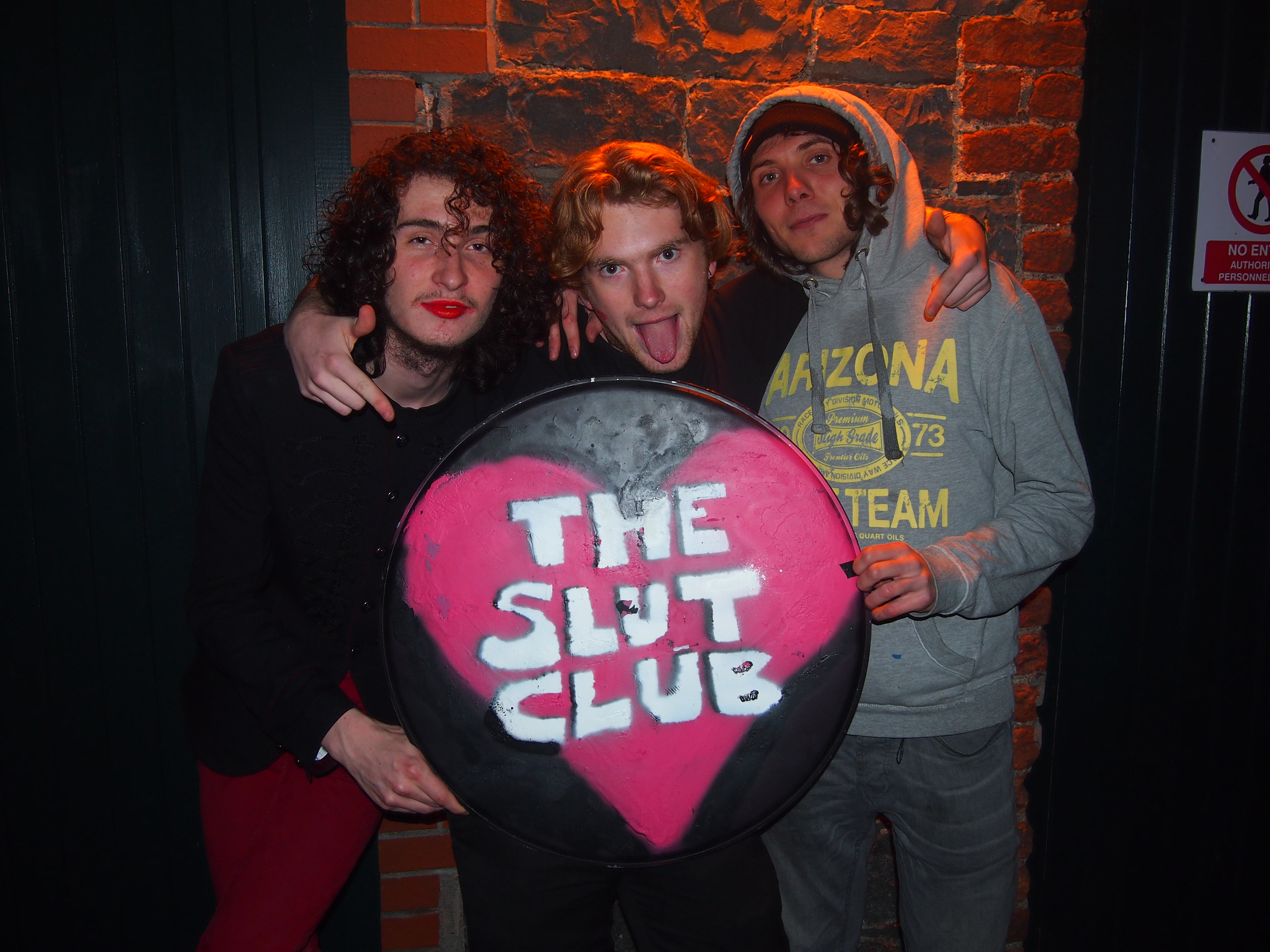 ON Tuesday 13th November the final for UL’s Battle of the Bands took place. With all preliminary rounds over, we were down to the nitty-gritty, the once and for all, the creme de l’université. The three bands repertoires had been explored in the previous rounds, so the final was a case of examining talent, proficiency and grace under pressure. All the contenders had these qualities in heaps. Adding to this, it was the first time any of the bands had seen each other.

The Slut Club were on first, playing a set of songs that were similar but not exactly the same as in round one – The Slut Club play clean and artful songs, with subtle use of effects. It ’s psychedelic and pop, with a haziness that sounds like it’s coming from under the sea. Frontman Kieran sang and played on a 12-string, with seamless jaunts from rhythm into tasteful solos. When they inject some energy and ramp up the tempo, you can hear the influence of punk. For a second time at The Stables, they finished with “Sexy Henry Love” – the final flourish to seal their bid.

My Gazebo followed, also playing a number of originals. The dark horses of the competition so far – the four piece played slightly wistful indie rock. They have a driving rhythm section and a lead guitar that twinkles like a pearl just under the rest of the noise. They were for the everyman, no visual flash or gimmicks – Penney’s sells some good stuff at a decent price – but their quality songwriting was clear to see. Some of their songs slid right off me, but some got stuck in my teeth, they were deceptively catchy.

Third and finally were The Shades, who let loose the Green Day inside their hearts and made the crowd wild. They played a similar set to their appearance in round two – a selection of pop punks diamonds capped off with “Mr. Brightside.” They had the biggest sound of the three, heavy on bass and distorted guitars. “Killing In The Name” was the final song of the night. The end was about as welcome as all these Christmas decorations that keep popping up. If only it would keep going, for a minute or two.  All three bands had done their best. The winner was decided by a vote on Facebook.

And the winners were, by a narrow margin, The Slut Club! The threesome from Cork were quickly smothered in congratulations around the front of the stage. They were delighted and respectful in victory. The Slut Club now have the opportunity to advance to the Intervarsity Battle of the Bands, which they intend to take. They said to keep an eye on December 6th, for more gigs and a new song. Kieran, Aidan, Henry and their singular roadie who goes only by “Daddy Hardcore”, will also be embarking on a tour of Ireland very soon, so eyes on phones for that. Congratulations to The Slut Club, UL Music Society and everybody who took part in a fantastic competition.