By: Lisa Diviney
So-called “Dark Tourism” is on the rise.

People satisfy a morbid curiosity to explore the worlds darkest corners and most infamous places.

Netflix, ever tapped into the zeitgeist, has fueled this obsession with their series ‘Dark Tourist.’ People have been visiting places where some of the most famous murders have taken place and where humans have suffered in general.

It seems rather mundane upon first glance, but from experience, it can shed a light on the past and how they felt about death.

I traveled to Paris recently, and to be completely honest, visiting the catacombs was not on my itinerary at all.

It was by chance that we visited it at all, and I’m so glad that we did.

It gave such a clear glimpse into the Paris of the past.

The surreal and ethereal  atmosphere is one that I will remember forever.

The visit takes about 45 minutes, and you have the option to buy a listening guide that tells you precisely what the catacombs are all about.

You walk through a long cold walkway while the guide describes the history of the catacombs, then you enter the underground ossuaries. Before you enter the ossuary, you are met with the haunting inscription 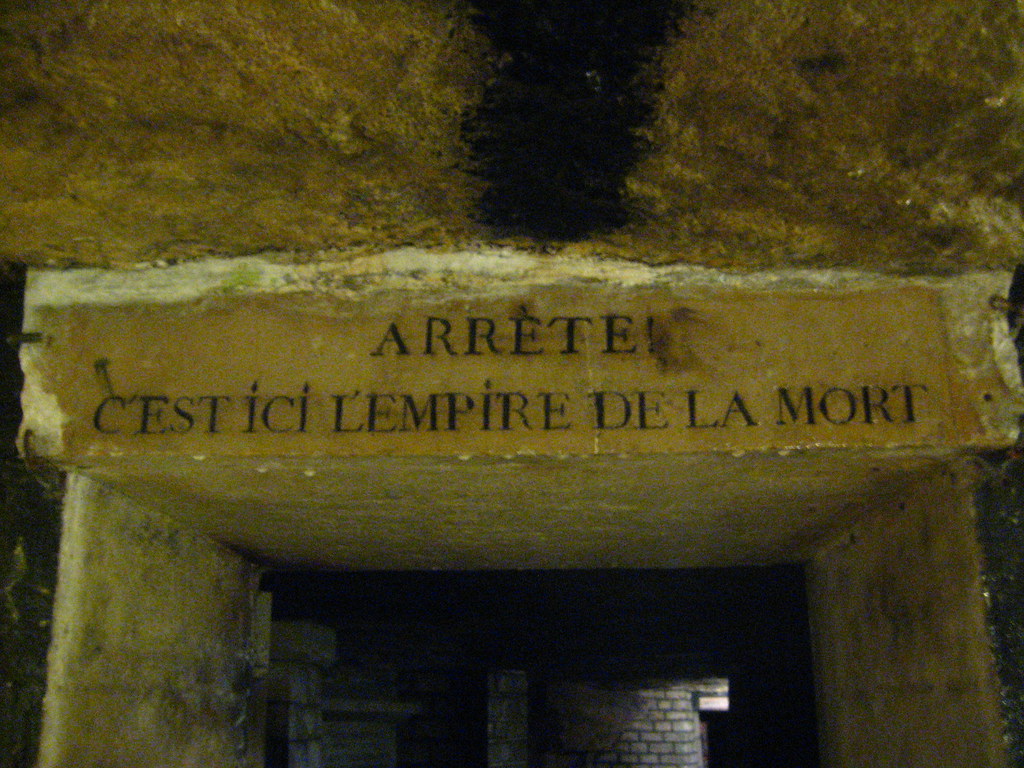 The remains of 6 million Parisians are buried here.

As a visitor, you get to walk through and see the remains all piled up to form whats almost like a walkway through a cavernous space.

I was struck by the eeriness of the space, it truly is incomprehensible how many people are buried here.

The whole place commands an aura of respect and reverence.

The history behind the creation of the catacombs is fascinating.

Back in the 18th century, the cemeteries in Paris were overflowing and the stench of rotting corpses hung in the air of Paris.

It was only after heavy rainfall caused the collapse of the wall around Les Innocents (the Largest cemetery) and the bodies of the dead fell into neighbouring properties that King Louis XV decided to act.

That was when the bodies of the 6-7 million Parisians were exhumed and moved to the tunnels under the city.

All told, the project took 12 years to complete, and the ossuary continued to be used as a burial place until 1860.

It was also the place of many mundane concerts for the wealthy of Paris where orchestras would perform among the dead.

I would highly recommend this place to anyone who likes to feel their heart skip a beat with a mixture of fear and curiosity.

This video I shot inside the catacombs best conveys the eerie atmosphere: