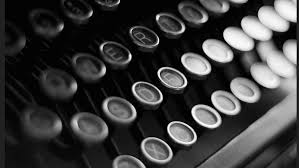 I had two major challenges when approaching my audio play “The Broken Emerald” The first was due to when we planned on recording it. I was planning on submitting it for this semester for UL Drama Society so it was going to be recorded in the middle of a global pandemic.

The second major issue was the fact that I’m quite dyslexic which makes creating a piece of media that will be judged at first on a page was a  disheartening affair.

I’ll address the wider one first as it might be more interesting than my issue as we are currently in this pandemic together.

I wanted to make a dystopian Irish fiction but since it sometimes feels like we’re the prologue of one already, I made sure not to have any mentions of illness and plagues, so that people could escape into the story without being pulled back into our sad reality.

I knew the play would be audio-only and so embraced this in the plot itself, as it follows a reporter talking to people across a war-torn Ireland. The plot structure is loosely based on the book WWZ, which follows a UN investigator talking to people around the globe after the zombie apocalypse.

I also structured the story so that I could get the best chance of making a good production with the limitations at hand. The fact that drama had completed other audio plays meant that I knew the things that could go wrong when it comes to acting remotely online.

Big scenes with lots of actors didn’t work due to lag and connection issues so I limited the cast in each scene.

As it was only audio, I added parts that sounded interesting such as a naval battle as would not have the actors on stage to give a captivating performance and because people have short attention spans for something that they’re going to listen to on their phone.

We broke the play up into smaller parts on Spotify. The one-act production that The Drama Society is doing “In the Midway” (this will premiere on Week 7) also has a lot of these elements due to the nature of the script.

The other main problem was my dyslexia. While I haven’t let affect me much in my personal and academic life, it has affected my creative endeavors.

My writing tended to be slow and full of errors. To speed up the process and to limit the mistakes I used a speech-to-text app for the main chunks of dialogue. I also reached out to friends to help me go through the script and proofread it over and over again.

Thankfully with their help, and the continued help of the cast it should be one hell of a show.