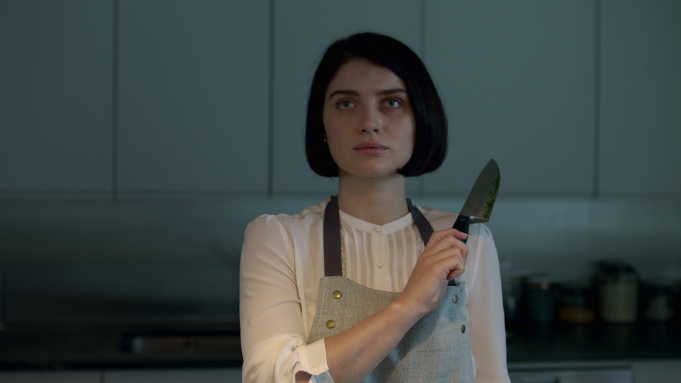 I should feel bad about watching the latest Netflix series Behind Her Eyes in one sitting, but it was a limited six-part series so would that even be considered a binge?

Besides that, I must admit I was completed sucked in by this psychological thriller in which everyone seems slightly off while simultaneously gaining your sympathy.

“Behind Her Eyes” was created by Steve Lightfoot and is based on the 2017 novel by Sarah Pinborough.

The series begins with Louise (Simona Brown) a single mother whose world is turned upside down after a drunken kiss with stranger David (Tom Bateman) who later is revealed to be her new boss, the only thing that could make this more awkward is the friendship Louise develops with David’s wife Adele (Eve Hawson).

From the onset it is clear that David and Adele Ferguson have a strained marriage, he is cold and almost uncomfortable in her presence while she appears numb and zombie-like, the audience is left to assume this is due to the medications David, who is a psychiatrist, has prescribed her.

Louise is unable to restrain herself and she begins an affair with David.

So far, it’s your typical plot, a man cheats on wife with the secretary, but there is an added element of suspense due to Adele’s silence and the Ferguson’s bizarre relationship, as she becomes closer to the couple her life begins to disintegrate.

It becomes clear that both the women in David’s life share the ability to exit their nightmares by opening a door to their idea of heaven and this is where it gets weird; Adele also seems to be able to transport her soul to events happening miles away.

In short, astral projection is defined as an out-of-body experience in which the soul becomes an astral body that separates from the physical body, this astral body can then travel throughout the universe.

Adele learns of David’s affair through these projections, yet she continues to befriend Louise.

She now seems more enthralled by Adele than ever, fully believing that David is medicating his wife in an attempt to keep her quiet and that she is unable to leave him because she signed her family’s fortune over to him as a naïve 18-year old.

Suspicion is placed by Louise and clever editing of the show, on David, and we take Adele’s drug use as a sign she is miserable and trapped in a marriage with a murder.

In a flashback we see Rob and Adele performing an astral projection together as David comes to visit for the weekend, the love we see here between Adele and David is in stark contrast to the coldness between them now.

The young pair are clearly in love as they laugh and shower each other in affection, you wonder what tore them apart and the apparent murder of Rob becomes an obvious answer, but which one of them is responsible?

Louise also begins to perform astral projections; but it all unravels when she visits Marianne, who tells Louise how David used to come into her café.

They became friendly and she noticed his sadness, she told him if he was so miserable, he should make a change, the very next day Adele began coming to the café.

After her skulking in the café for days on end, Marianne returned home one day to find the place ransacked and Adele confronted her outside with a knife essentially telling her to leave her husband alone.

This confirms our suspicions as well as Louise’s that Adele is not a stable person, she returns to London to find David and after their conversation David insists, he must put things right concerning Rob’s murder.

We finally get to see Rob’s death, in which Adele confesses to David that the pair had done heroin together and Rob had overdosed, she convinces David they shouldn’t tell the police about Rob’s death and he agrees to want to protect Adele as he has always done.

We are led to believe the rift in the Ferguson’s marriage was caused by Adele’s lack of remorse for Rob’s death, David was struggling to move on as we see throughout the series.

Finally realising that Adele must have used astral projections to spy on her and David, Louise confronts Adele, and we get to see the explosive rage that we always knew was within Adele, her calm façade finally broken.

Louise becomes convinced that Adele is going to kill herself and we follow her in this conviction as we watch Adele seemingly say goodbye to parts of her home as she reads aloud a confession to Rob’s murder as an apparent suicide note.

A fire to end it all is what Adele wants but Louise being the caring friend she is won’t let that happen, she arrives at a locked burning house and astral projects into the home.

Once again things get weird as Adele’s soul is also astral projecting and, in a flash, the two women’s souls swap bodies, Adele’s soul now in Louise’s body, is cool and calm as she wakes.

As she administers a fatal dose of drugs to Adele’s body which contains Louise’s soul we realise too late, as Louise does, her plan all along was for Louise to attempt to rescue Adele, and now Adele’s body can die in a tragic suicide while Adele lives on in the body she has stolen. 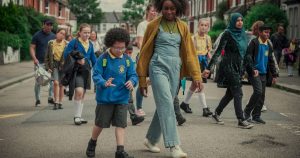 But wait there’s more, this isn’t the first time this has happened. We see Adele and Rob once again in a flash back, the two-lying side by side expressing sentiments of love before attempting to swap their souls.

Things turn ugly when Rob’s soul now in Adele’s body refuses to change back and instead gives her a fatal heroin dose, stating he can’t go back to his terrible life so instead he must take Adele’s life of money and true love with David.

Some claim the double plot-twist was farfetched and a disappointing ending, but I find it disturbing in a good way.

What’s more bizarre than imagining someone else in your body, living your life and being taken by everyone as you. I think this disturbs and perturbs people in all the right ways, forcing us to ask ourselves what exactly makes us us?

Perhaps the most heart-breaking scene of the series is Adam realising his once loving mother is no longer herself, the boy is clearly on edge and saddened by the sudden change.

So, even if everyone else recognises you as who you are because of how you look, will there always be someone who knows you by your soul, someone like a child who you carried so close to your soul.

And of course, a round of applause to Eve Dawson who played Adele, she goes from innocent lover to maniac wife with such ease. The ability to act as almost two characters, Rob’s soul and the movements of Adele’s body perfectly embody the disjointed feeling throughout the series and the character’s lives.

If you’re looking for something a bit different and disturbing, I’d recommend this series and personally, I’ll be watching it again, this time through a whole new lens. 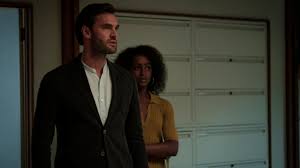