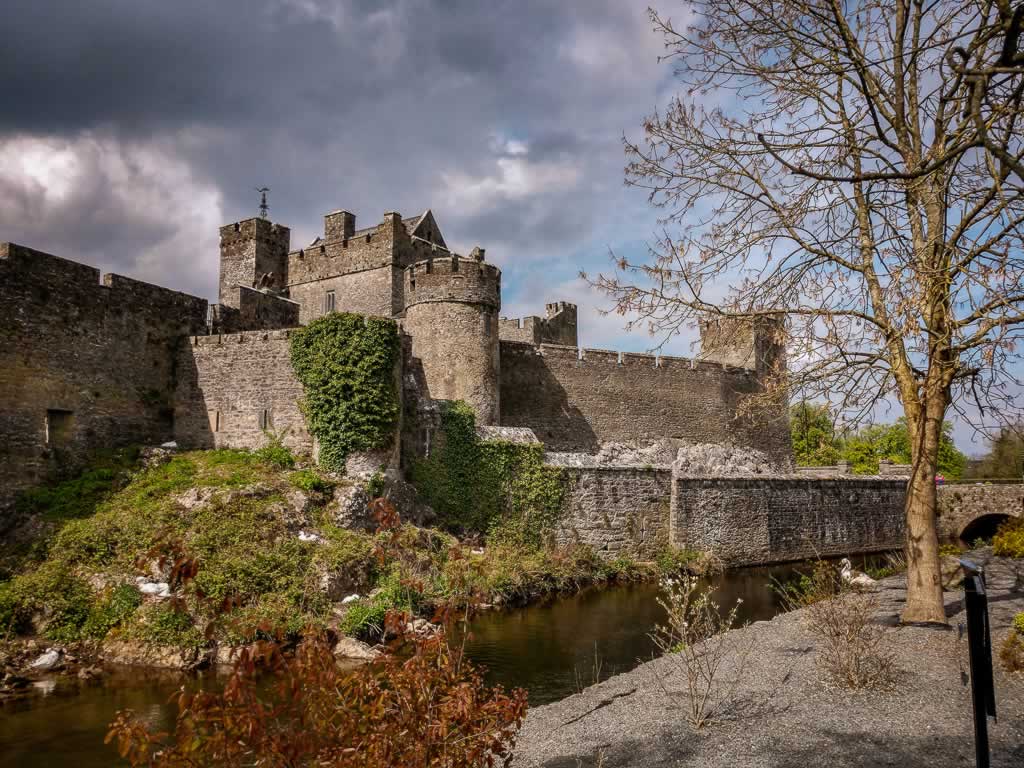 After public health advice in March forced most public places to shut their doors, there has been a  notable lack of clarity on the reopening of the two main tourist attractions in Cahir.

The reopening of Cahir Castle and Swiss Cottage is yet to be announced which is wreaking havoc on  the town with an absence from the usual hordes of tourists which would visit the area.

Over 80 thousand tourists visited the heritage sites managed by the Office of Public Works last year  which benefited all caterers and businesses in the town.

With 53 extra tour buses scheduled to arrive into Cahir in 2020 to supply the rising demand to visit  the town, their cancellation due to Covid-19 has proved to be a huge loss to the surrounding area.

While the Inch Field in Cahir has seen a rise in visitors over the last few weeks, many locals are  worried that the lack of tourists in the town could be detrimental to the town’s economy.

Independent Councillor Andy Moloney has cited these closures as unprecedented upset for local  businesses hopes owners availed of the supports put in place over the recent months such as the Covid  Wage Subsidy Scheme.

Despite hardship of recent months, he remains optimistic for the future of Cahir’s tourism citing good  times ahead should the town hone in on staycations for the foreseeable future.

“We need to hone in on the home market at the moment,” said Andy. “We are not going to have  international tourism but Tipperary alone is a long country being over 110 miles long. There is no  reason why we can’t encourage people from the North to come down to the South.”

With the Rock of Cashel and Mitchelstown Caves near Cahir’s attractions, Tipperary is an attractive  place of destination for those looking for a break within the Republic.

Many activities are currently ongoing such as boating and canoeing in the Suir and walks in the likes  of Glengara Woods and the Galtee Mountains which makes Andy believe there is enough to provide  an activity packed staycation for any Irish tourists.

He also hopes the Castle and Swiss cottage could see a reopening in some form to bring more visitors  into the area in a new system adapted to all social distancing guidelines, with the intention of the  OPW not about profit, but about showcasing what the county has to offer.

“Both Failte Ireland and the OPW are needed now more than ever,” said Andy. “It’s not about making  money, it’s about bringing people to the town.”

The staycation incentive would be of large benefit to all the businesses largely dependant on the busy  summer months, however Cahir’s businesses have paid homage to the most crucial maintainer to their  reopening- the locals.

John Quirkes Jewellers is fast approaching it’s forty-fifth year open on Castle Street and like all of  Tipperary’s businesses the store has adapted quickly to the new normal. Since the shop’s reopening in  1976, it has never seen anything like the chaos and uncertainty of the last four months.

John stated from March onwards is the usual time for tourist trade to start which would lead to  hundreds more potential customers passing his door as they made their way uptown after visiting the  likes of Cahir Castle or Swiss Cottage.

The jeweller has a resilient attitude towards the new normal, with the shop repainted and now decked  out with new screens and other safety precautions, as well as sourcing a special sanitizer for watches  and jewellery to allow safer repairs.

After closing their doors for three months, their reopening was met with a busy week of fitting over one hundred watch batteries.

“The business was massively effected because we did an awful lot of trophies and medals which was  wiped out because of sports being called off,” said John.

“We are lucky that we have a lot of other options as we do crystal giftware, repairs, watches and  jewellery which has kept us going and brought people into the shop.”

The local authorities and agencies such as the County Council were great supports and John cites  diligent staff and loyal local customers in supporting the shop now and for the past forty-five years.

Manager of Cahir House Hotel David Walsh also paid tribute to the local economy for helping the hotel through the restrictive times which plunged trade into uncertainty.

“With a lack of tourists coming into the country it’s all about staycations,” said David, as the hotel has extensive adaptions throughout with precautions taken such as reducing the bar’s capacity, a one-way system and a podium in the lobby.

The hotel stayed open for takeaways during the three-month lockdown and is now reopen for sit-down  which has been welcomed by the local custom which has been crucial for the town.

“While we lost four months trading however the rest of the world did too,” says David. “We got to get  on with it.”

With a combination of local trade, an emphasis on staycations and a shared resilient attitude as  demonstrated by representatives and businessowners, Cahir looks set to make it through to better  times.

An appreciation of the local environment and availing of what Tipperary has to offer will also be an  important component in the country’s Covid recovery.

Cllr. Andy Moloney says: “There has been a huge embracing of tourism in the last eight years.  People have taken ownership of their town and are proud to be from Cahir. These things take time,  and businesses will come back and for now we need the home market.”