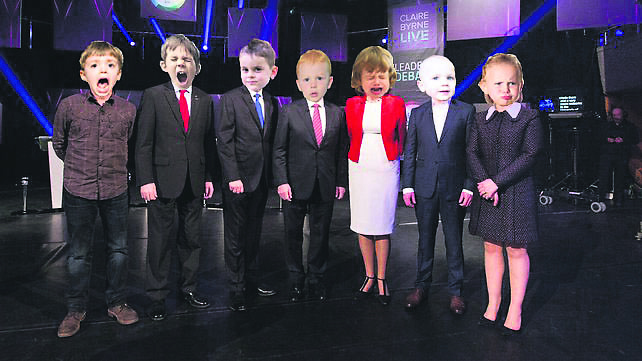 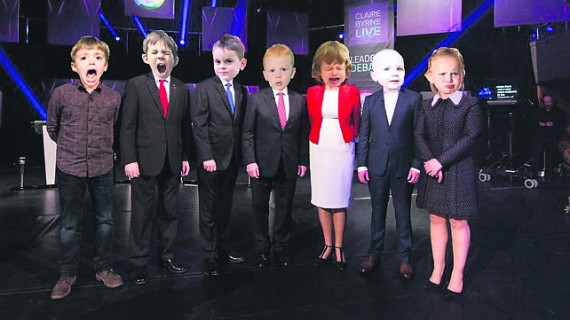 They lined up, all seven would-be kings – though perhaps ‘queens’ would be more the appropriate term, considering how each carried themselves last Monday night. It was all hand-swinging, gestures and sass.

First to arrived was Martin. The man who replaced the last king, but only after the thrown was lost. Next was the starlet of the night, the queen of cheesy lines, Lady Lucinda and she didn’t fail to disappoint.

“My strategy is to be myself, and that’s the strategy that I always follow,” said with a broad and child-like smile personifying innocence itself. Lucinda being the one-time princess of the realm – perhaps even next in line to the thrown at some distant point – took to the stage to quiz her former king.

Soon it came time to ask the the big question. No it wasn’t the economy, health, crime, housing or mental health services. The question was who would rule the realm next. In part it is of course a decision for the electorate but in the land of king-makers, opinion polls and coalitions, we must know (or so the media would suggest) who will form the next royal coalition.

Claire Byrne, the rising RTÉ current affairs star, asked of her guests: “Enda Kenny, what’s it to be? Micheál Martin?”

And with that King Kenny interjected. “Labour. Labour.” Oh but wait. Claire had to remind Enda of the polls and what they are saying – Fine Gael and Labour simply wont have enough seats. So what will the king do?

Fianna Fáil drove the economy over the cliff, declared the king. Thankfully though his king-maker, Lady Joan of Labour had covered that exact declaration earlier in the evening on the way into the Great Debate.

“So you’re not going to do business with Micheál Martin, under any circumstances?” asked Claire.

“Certainly not,” the King responded.

“Are you sad about that Micheál?” quipped Claire.

No, the would-be king (or king-maker) Martin wasn’t sad.

Not to fear, the former heir to the nation’s thrown, Lucinda, rode quickly back in to declare no difference between Fine Gael (the current lords of the manor) and Fianna Fáil (the former lords).

So, at the end of two hours what had we learned? King Kenny wants back in. Would-be king Martin wants a slice of the kingdom. King-maker Joan wants back in too, while Lady Lucinda and Lord Donnelly will go in with anyone, as long as that ‘anyone’ adheres to their policies, minority party or not.

Lord Boyd Barrett is the exception declaring that he would help with the stewardship of Ireland, with the right parties and ideologies or course (though one suspects not all he was representing agree).

One person I later spoke to summed up the subsequent commentariat’s views in the most eloquent and simple of terms: “They’re all a bunch of wah wahs.”

You could be forgiven for forgetting almost all seven, from the king to the would-be kings and queens (and king-makers) were close to or above the age of 40.

Rattles to the ready folks, because it will only get rowdier when the lords and ladies return to Leinster House next month.