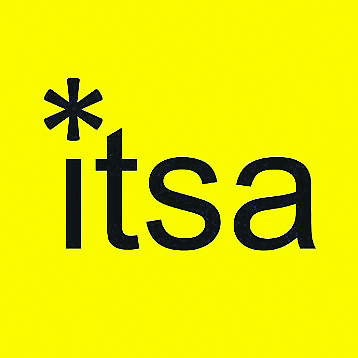 During UL Rainbow Week, the Irish Trans* Students Alliance (ITSA) delivered a crucial workshop called “Trans 101”. ITSA is a support and advocacy group for transgender people aged between 18 and 30. This workshop sought to bring about greater awareness of issues affecting transgender people who are too often erased not just by society but by the wider LGBTQ community.

Within the past few weeks, a rather malicious petition has been started to remove the “T” from the acronym and some public figures have spread blatantly transphobic vitriol, which goes to show the great difficulty faced by transgender people in gaining recognition.

Not all transgender people fit into the gender binary of male and female, and those who identify outside the binary are referred to as “non-binary” people. Non-binary identities encompass a range of labels which people are free to use to describe their gender in their own terms.

Transgender people were only recognised by the Irish government very recently when the Gender Recognition Act was passed. This legislation has received international praise for its progressive approach, which allows transgender people over the age of eighteen to legally change their gender without prerequisites.

In the United Kingdom, one is required to have been “living as their gender” for two years, a deeply flawed approach as it puts transgender people at serious risk of discrimination and violence due to the lack of recognition for their gender while presenting as that gender. The Irish legislation is not without flaw, however, as it does not recognise non-binary gender identities and the pathway to recognition for under-eighteens is more complicated.

What is rather surprising is how few people appear to be informed about the bill and its advantages and disadvantages. While the marriage referendum received massive exposure, the Gender Recognition Act had been in the workings for several years and organisations such as ITSA and Transgender Equality Network Ireland (TENI) and people such as Dr. Lydia Foy, a lifelong transgender activist from Ireland who was only recognised as female recently, put an enormous amount of work into campaigning for gender recognition.

For much of Ireland’s population, the Gender Recognition Act was a moment they had been awaiting for decades, when their country’s government finally recognised transgender people as people.

Other people see fit to aggressively question trans people on their genitals, their sex lives or their personal lives before transitioning. What you should consider before you do this is the sheer pointlessness of such comments. It is nasty, dehumanising and simply unproductive. You are not going to force a man to de-transition by calling him by female pronouns.

Your behaviour is not helpful for yourself, for the person you’re treating in this way or for anyone else. In this day and age, it is likely that you will simply embarrass yourself by being transphobic. Before you ask a transgender person an intimate question, think about this way; would you feel the need to ask a cisgender person who you just met the same thing?

Now that gender recognition is available in Ireland, it does not mean the battle is over. Trans people are more likely to be unemployed, homeless and socially alienated. High profile cases such as those of Leelah Alcorn and Brandon Teena brought awareness to the issues of suicide and violence against transgender people respectively.

However, a vital aspect in the lives of trans people going forward is empowerment and positive exposure for the community. Laverne Cox, the transgender actor widely known for her role in Orange Is The New Black, tags all of her Instagram posts with #TransIsBeautiful, crucial as trans people are more likely to have a negative body image than cis people.

It is also crucial to emphasise that trans people are not lesser than cis people. Trans people are as much their gender as someone who was assigned that gender at birth is. The very fact that I had to use the word “trans(gender)” as a qualifier so many times in this article is proof of why that is important for people to know.

The inclusion of the transgender community in society is not radical, it is not tied to “political correctness” and it is not a slippery slope, it boils down to the affirmation of human rights.