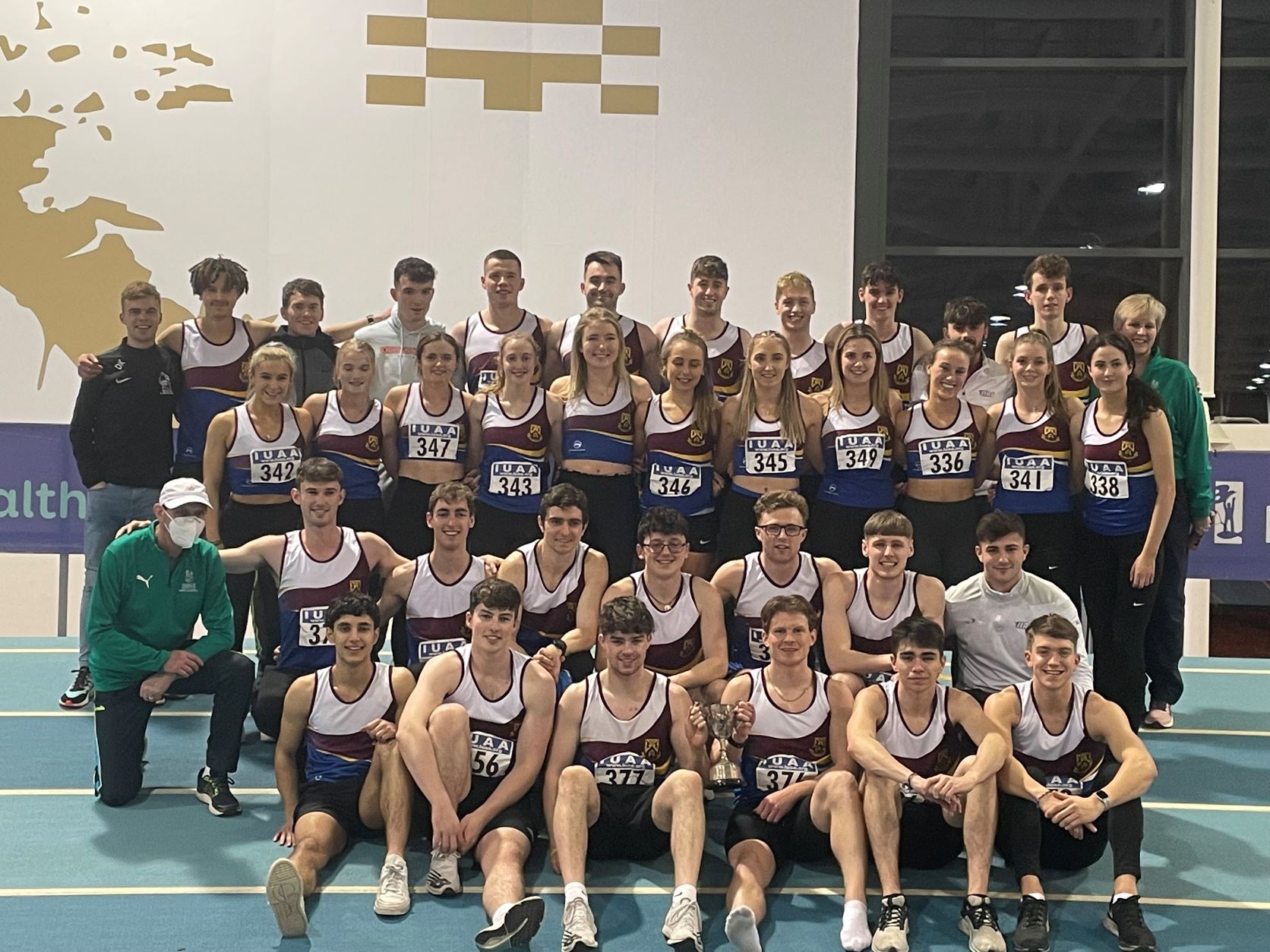 University of Limerick has had a long-established tradition of athletics since the establishment of the college. The track has been a landmark of the Castletroy campus and has produced many Irish Olympians who have brought UL athletics to the global stage.

Domestically the club competes each year in the Irish University Athletics Associations Championships which are held annually throughout the academic year. The club caters for roughly 100 members under the guidance of its committee and coaches.

On the 29th of January 2022, ULAC made the trip to Athlone to take on the best Intervarsity athletes in the country at the IUAA Indoor Championships 2022. In total the club sent 41 athletes; 16 female and 25 Male to the championships with individual and team success to the forefront of their minds. At Intervarsity competition team points are awarded to the top 6 finishers in each event with 7 points being awarded for a win and 1 point for a sixth-place finish.

From the first events of the day beginning at ten o’clock in the morning to the culminating relays at six that evening UL athletes produced incredible performances with many exceeding their own personal bests. In total UL Athletes brought home 22 medals from the championships along with numerous other Top-6 scoring finishes. In fact across the sixteen Male and sixteen Female events, UL only failed to score in just five of the thirty-two events.

There were also six UL records broken on the day. Both male and female Long Jump records were claimed by Luke O’Carroll (7.22m) and Sophie Meredith (5.72m). Similarly both male and female Shot Putt records also fell to Darragh Miniter (13.16m) and Ciara Sheehy’s (13.05m) huge throws. The Female 4x200m relay team of Sarah Leahy, Miriam Daly, Laura Nally and Alana Ryan also claimed a UL record for themselves finishing in a time of 1.40.74. Jake Bagge also wrote his name into the UL record books with his time of 1.53.07 over 800m.

Six of our athletes brought home gold medals to the banks of the Shannon. O’Carroll and Meredith’s Long Jump records were both good enough for gold, as was the Women’s Relay team’s records. Cathal Crosbie was a popular winner of the 400m in his final year of eligibility taking his 3rd and 4th Intervarsity titles as he also anchored the Men’s Relay to victory joined by Luke Morris, Luke O’Carroll and Eoin Kenny. Our final gold medallist of the day was first year student Iarlaith Golding who stormed to victory in the 60m hurdles.

Following the final events the team prizes were announced. The IUAA team competitions over the past 14 years have been dominated by DCU with their Female’s undefeated since 2007. Despite our female team accumulating 32.5 more points than the last edition of the championships in 2020 the girls efforts were only enough for a second-place finish to the Dublin outfit matching their efforts from 2018.

The DCU Men have enjoyed a similar level of dominance in the Male team competition with their team having retained the trophy every year since 2007. UL’s Men were last victorious during the 2003/04 season when many of the 2022 team weren’t even in Junior Infants let alone thinking of university. Despite this the UL men fought for every last team point amassing a huge 97 points to take an historic victory. This is UL’s first Team title, male or female, on the track since 2006 when our men took home the Outdoor Trophy.

This adds to what has been an already monumental year for the club when in September we won the IUAA Cross Country Championship Overall Trophy for the first time since 2001. The club looks forward to travelling to Santry, Dublin to defend that title in March and to UCD’s Belfield in April for the IUAA Outdoor Track and Field Championships where we will hope to continue our winning season.