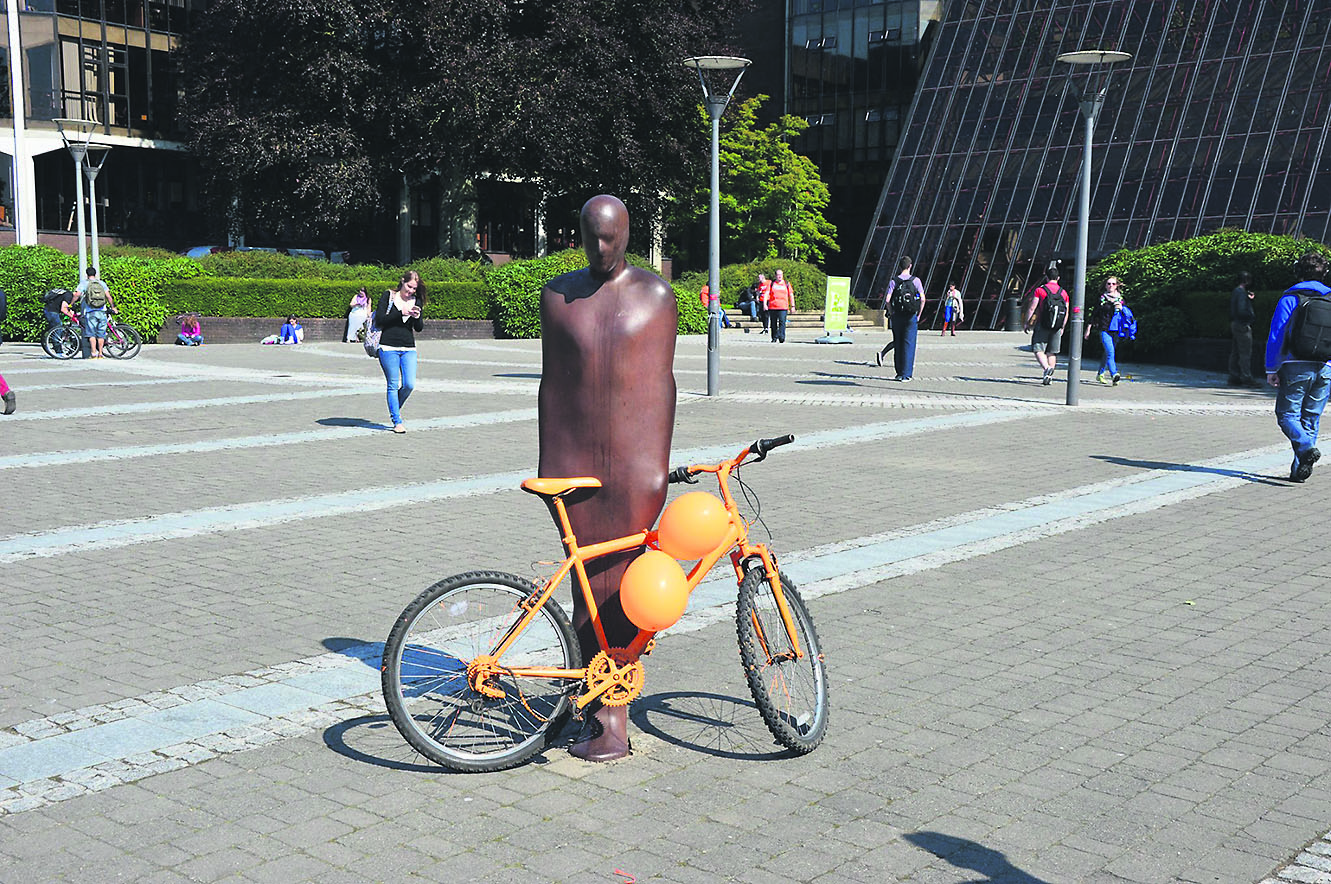 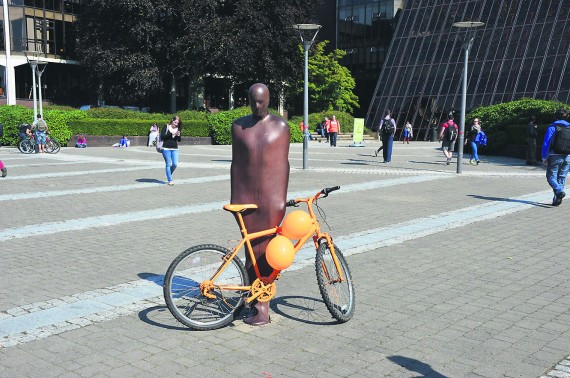 A number of UL organisations recently collaborated to organise a week of events to mark World Suicide Prevention Week. The Cycle Against Suicide initiative was the brainchild of entrepreneur Jim Breen to help raise awareness of mental health in Ireland and direct people in need to the supports available for suicide prevention across the country. As a variation of this national cycle we aimed to make our own small step in UL towards combatting the growing issue of suicide in Ireland.

The events began in Week 1 with a number of volunteers painting bicycles orange for display around campus. Seven bicycles and numerous layers of orange paint later, the awareness campaign began with the placement of these bikes around campus.

As the orange bikes drew attention, Wednesday’s events were kickstarted by a coffee morning in Plassey House. With the East Room packed, music provided by UL’s Traditional Band – Cruinniu, and tasty treats plentiful it can be said that the goal of getting people talking was well and truly met.

The afternoon saw the campus dotted with orange t-shirts as the day’s cycle departed from the Main Plaza. The route took 16 people along the river for a gentle cycle ending at the Arena in time for the C&S recruitment drive.

With the kind support of UL Sport, the SPINNING ® Programme was run in the arena foyer for the whole week as part of the University of Limerick’s support for the national Cycle Against Suicide Campaign and also part of the First Seven Weeks initiative. The support for this was incredible with all 18 spaces filled in all nine classes.

The aim of this event was to let people know that it’s ok not to be ok; and it’s absolutely ok to ask for help.