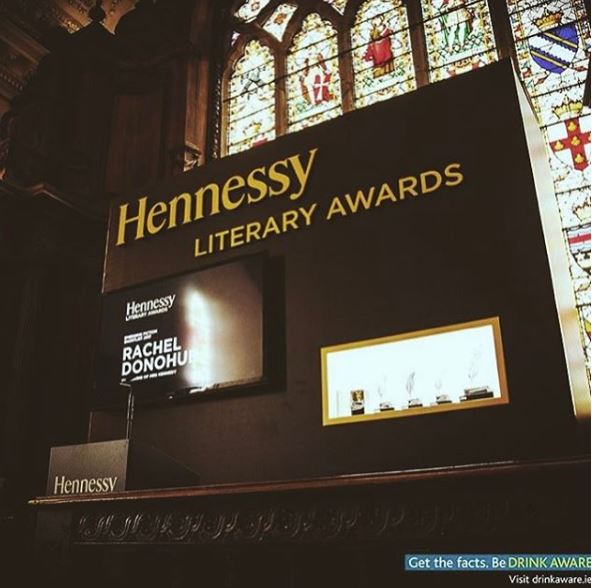 Professor Devereux told An Focal that he is “thrilled” to be shortlisted. “Although I’ve been writing on and off since my teens, I returned to creative writing in a more serious way in 2012 and concentrated, initially, on short fiction,” he explained.  “A flash fiction version of my short story ‘Mrs Flood’ was broadcast by RTE Radio 1.” Professor Devereux’s short fiction and poetry has been published in numerous journals, including Wordlegs, Number Eleven and Southward. His shortlisted poem ‘The Bodhi Tree’ first appeared in the Irish Times in June 2017.

Professor Devereux is a lecturer in the Department of Sociology and is also involved with the creative writing programs at UL. “I work closely with my colleagues Joe O’Connor, Donal Ryan and Sarah Moore in UL’s Creative Writing Programme and I am looking forward to teaching about Punk and Creative Writing at our Summer School which will be held in UL on the May Bank Holiday Weekend,” he said.

Marina Carr, recipient of the Hennessy First Fiction Award in 1994, and Welsh writer Niall Griffiths will judge the winning pieces. The award ceremony will take place at the Kings Inns in Dublin on March 21st.