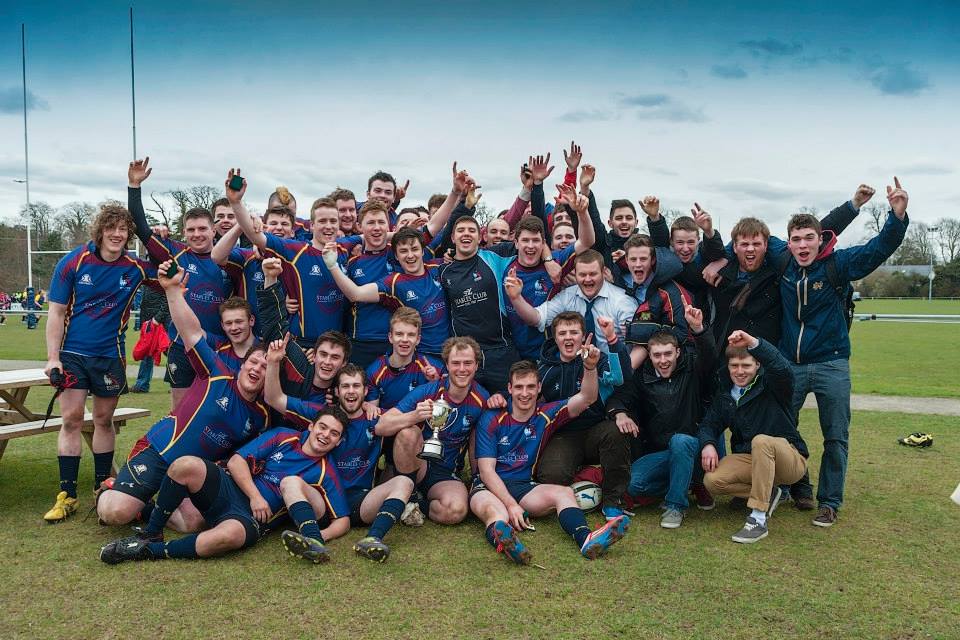 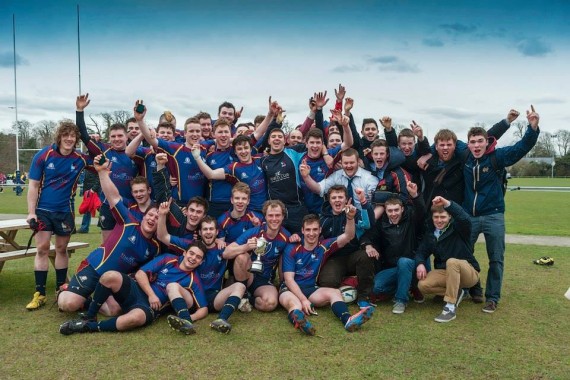 On the 25th of March 2015 UL Men’s Rugby added to ULs’ long, illustrious list of All-Ireland victors. ULMR and Carlow IT fought it out for the second time in as many years for the honour of being crowned champions of Ireland, and this year the cup was brought home to Limerick.

UL’s campaign brought with it comprehensive league victories over LIT, Mary I and UCC with their only 2 losses coming against DCU and Carlow IT. A final position of 3rd in the league meant an away semi-final to 2nd place DCU on the Wednesday of Charity Week. A hard fought victory on the other side of the country meant celebrations ensued and with Carlow proving too tough for LIT in the other semi meant last year’s finalists were to meet again.

Head coach Tadgh O’Donovan brought his team up to Barnhall RFC, Maynooth hoping to beat Carlow for the first time in his 4 years with the club. Captain James Ryan led by example catching the kick off and setting the standard for what was to be an exhilarating game. Gaining valuable metres Ryan was eventually brought down setting up the ball to allow neat interplay between backs and forwards for Aonghus O’Donovan to eventually run over the line for the first score of the game.

Sloppy hands by the UL team allowed the opposition to score their first points of the game. A knock-on in their own half was collected by the oncoming Carlow pack who quickly got the ball to their out-half. A perfectly weighted chip was collected the Carlow centre who was able to run in under the posts.

It wasn’t long after Carlow’s’ first score than UL were on the scoreboard again. Cormac O’Donnell took the ball from a UL scrum, beating 2 defenders before offloading to Tom Downes who was able to score in the corner.

The 3 times reigning champions weren’t about to roll over and quit and found themselves experiencing a period of sustained dominance in the game. Forcing UL onto their own try line it wasn’t long before Carlow’s pick and drive broke through the resilient UL defence.

Sloppy tackling and good hands by Carlow’s’ backline allowed them to run in another try. Not allowing their heads to drop UL responded straight from the kick off. Claimed by a strong UL pack and a huge run by Jack Foley, Aonghus O’Donovan caught the ball down by his ankles to fall over the line and add another 5 points to the score.

The teams regrouped at half-time and the second half saw an entirely new game begin. UL building off the emotions of last year’s defeat came out with a new sense of purpose and it wasn’t long before their backline went over for another try after showing some great hands and direct running.

The longer the second half went on for the stronger UL became. With confidence growing each passing minute UL declined a chance for an easy 3 points allowing John Hayes to bulldoze through the ITC defence for UL’s fifth try of the game.

The longer the game wore on the longer UL became camped in the Carlow half of the pitch. With a one score game the tension in the crowd was building. Not one for pressure though Cormac O’Donnell offloads of the back of another maul to Kevin Doyle who scrambles over the line for another UL score.

Playing with a growing confidence the UL team dominated the final moments of the game and with the last play of the game Josh Eade spotted a gap in the ITC defence and offloaded to 4th year student Breen Howlin who ran over the line for the games’ final score.

2015 brought what is hopefully the first of many All-Irelands over the next few years. UL play their final match of the season against LIT in the annual colours match in Thomond Park on Monday 13th April. Tickets cost 5 Euro for what is surely to be a great match between two local rivals.