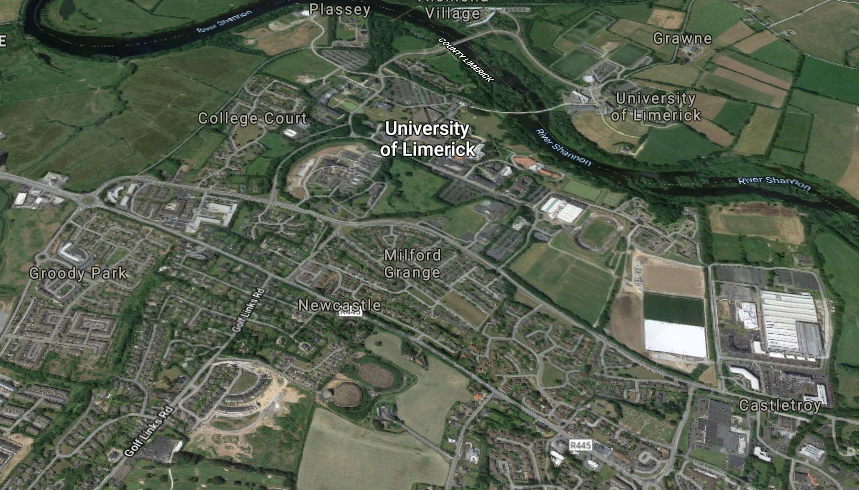 Students living off-campus are prone to have more security problems than those living on-campus.

More than five UL students living in Castletroy said that their houses were broken into by someone.

They have not only suffered property loss, but some of them were terrified by the robbers with a knife.

Crimes happen mainly in three areas in Castletroy – Milford Grange, College Court, and Cambridge Close, which are close to the university.

Darragh Gyves was a third year UL student when he was the victim of the crime wave.

He was attacked robbed and threatened with a knife.

Mr. Gvyes said on May 2, 2017, two men broke into his house in Harvard Close, Castletroy, when he was sleeping.

When he woke up, he saw them in his room, one in a grey hoodie, the other wearing a red Munster Rugby jacket.

They went downstairs, and when they left, his phone and keys were missing.

He went out to chase the two men and the man wearing grey hoodie produced a knife and charged towards him.

Mr. Gvyes ran away because he was afraid of being stabbed.

But CCTV camera recorded the two men cycling in Harvard Close that night, and two men matching the description were arrested.

On March 27, 2019, the man who threatened Mr. Gvyes with a knife, pleaded guilty in the court, to the burglary and producing a knife.

He is a 22-year-old Limerick man, Jason Sheehan, who had a number of criminal damage and public order offences and he was dependent on drugs and alcohol.

He also admitted that he committed another two offences in Cambridge Close, Castletroy on 29 July, 2018.

Mr. Gyves said his keys and phone have not been recovered yet.

He said, on March 8, 2019, a male broke into their house when he was sleeping in his room.

In this instance, the male got in the second floor from the window, which was left open.

Mr Sweeney woke up, hearing the noise, and he came out of his room, found the guy in their house.

He picked up a hurley and chased him out and called the Gardaí.Henry Garda Station Divisional Crime Prevention Officer Ber Leetch said they have already increased the patrol when there is an increase in crime.

Some students, for the first time of their lives, are responsible for their security of accommodation themselves.

When they hold a party at home, doors, and windows are often left open.

Mrs. Leetch also said there have already been a couple of issues existing in their houses before students move in.

Some of the houses don’t have an alarm there, and nobody knows who else has the keys, which in most cases, is usually a previous occupant.

She suggested that all the students living off campus start looking after each other.

If a student sees something unusual; they should report to Gardaí immediately.

She also reminds students that they should pay attention to the details when such things happen, trying to remember clothes, shoes and sound of the attackers, which will help Gardaí to catch them on CCTV.

“Do not put yourself in any danger. Just obey when you are against a knife or a weapon,” she said.

Responding to how students get their stolen property back, she said Gardaí do get a lot of property back, but they cannot often find out who owns it.

Students should be aware of the IMEI number of their property, which is a unique number for phones, laptops or computers, and they should keep a picture of their bike, or make a mark on it, which will help a lot to get their property back.

Link to finding the IMEI number on your laptop can be found here: https://support.hp.com/ie-en/document/c04675222

UL Student Life (ULSL) Head of Faulty, Facilities Supports, and Service, Adele O’Carroll said, they have been working very hard to make students aware of their security, both on campus and off campus.

ULSL posts safety notifications on social media throughout the whole academic year, about locking the door, closing the window, not allowing people not invited to enter your house.

She said, there is also a Campus Community Liasion Committee, which is a meeting among representatives of University, Gardai and landlords in various housing estates to solve the issues in student accommodations.

Since Henry Garda Station could be 15 minutes away from UL in a traffic peak, to make students feel more secure in their houses, they applied to build a permanent Garda Station in Castletroy last March, trying to make it included in the proposal for the development plan of Castletroy from 2020 to 2025.

Mr O’Carroll said: “We lobbied all our local politicians, spoke to TDs. Unfortunately, it wasn’t included. But we will continue to do that because we very much believe that there should be a Garda Station in Castletroy for the entire community.”

During Charity Week, they would remind students again of their personal safety.

They organised a patrol every night of Charity week every year, and patrol various student living areas to improve student safety.

Once any suspicious activity is found, they will notify Gardai immediately with a community Gardai phone.

ULSL Head of Student Leadership and Representation, Gillian O’Gorman accommodated student should figure out what to do in such situation and “be confident, don’t be afraid of getting trouble and always keep the Garda number in your mind.”

A UL postgraduate student, Yujing Tang, said they want to live on campus, which makes them feel safer, but the price keeps increasing.

She also said, there has always been an insufficient supply of on-campus accommodation, which forces them to rent a room in Castletory.

Mrs O’Gorman said, because on-campus accommodations have consistent security always on, and all the bills are included in the price, including refurbishment for accommodations, the price is higher than off campus.

ULSL have applied for more accommodation, both on campus and off campus and the university is consistently considering expanding student number and increase accommodation supports and space.