Why Every Feminist Should Read ‘Oh My GOD, What a Complete Aisling’ 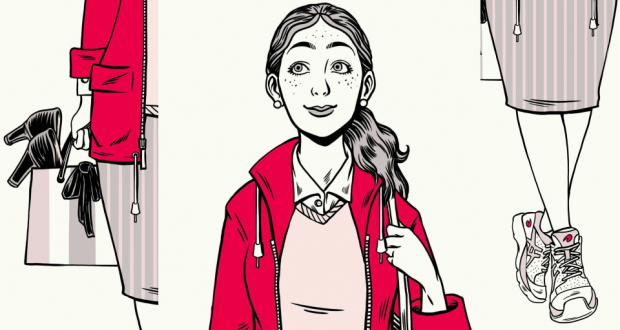 Why Every Feminist Should Read ‘Oh My GOD, What a Complete Aisling’

The feeling of impending doom when you realize you’ve left the immersion on. Wearing your county jersey on a night out. Sneering at people who carry Brown Thomas bags around town for having “notions” … there is more to being Irish than this list, and there is definitely more to being an Irish woman but it is a great place to start.

Everyone who reads this book rejoices in having a character that is relatable to a fault. “There’s a bit of Aisling in us all!” they say, “I do that all the time!” Using humor in this way portrays one crucial fact; that Ireland needs Aisling as a tenacious, beautifully honest, and perfectly imperfect role model.

The book is silly, lighthearted, and very easy to read, but don’t be fooled; it addresses many of the issues modern Irish people face.

The Eight amendment is addressed in detail, with one character dealing with a crisis pregnancy, and another reflecting on their experience of going abroad for an abortion.

This book was published amid the height of the repeal protests and discussed the issue in a respectful, comforting, and relatable manner.

As well as this, the book features a lesbian couple who get engaged at the end of the book. This could be read as an indirect rejoice for the still very recent marriage equality referendum. When speaking to a woman in a bookshop recently she quipped that she “didn’t even realize that she was a lesbian!”. This in itself is an example of LGBT+ representation done well; an honest representation of a lesbian woman (plot twist; they’re normal people! They look just like everyone else!) The characters’ sexuality does not come under scrutiny, nor it is the butt of any jokes, and it certainly isn’t dealt with in a taboo fashion. It is normalized, as it should be, and it is glorious.

Through reading this brief snippet of Aisling’s life, we see an unflinching portrayal of the modern Irish woman; juggling work, family commitments and living in the bustling city centre of Dublin. Housing changes, grieving, and the realities of the expectations that come with having a long-term relationship; these are just some of the hurdles Aisling has to clear… but she does it.

Aisling is an amazing portrayal of how strong, tenacious, and kind women can be, even in the face of the hardships that life throws at her. Aisling has her flaws, as we all do, but she faces them, takes them in her stride, and grows as a person throughout the book.

The best thing about OMGWACA, however, is the sense of community it has created. This community spans generations, which is due to the fact that the language is simple, the humour is universal, and that the book is all-round accessible to everyone. From tweens to people in their old age, the response to this book has been resounding. There is, certainly, a bit of Aisling in us all. This book has sparked conversations and made discussion and education on the topics listed above all the more tangible. Bringing these issues to such a large audience in such an agreeable and inclusive way is no mean feat, but it has been done, and the conversation continues. Throw your preconceptions of “chic-lit” out the window; Aisling is here, and she’s here to stay.

The next instalment “The Importance of Being Aisling” is in bookstores now, and the “Oh my GOD, What a Complete Aisling!” film is currently in production.

Clodagh Guerin is a second year English and History student in UL. She also works with The Crescent Bookshop and The Ogham Stone literary journal.