Why Kayak Wales In Winter? 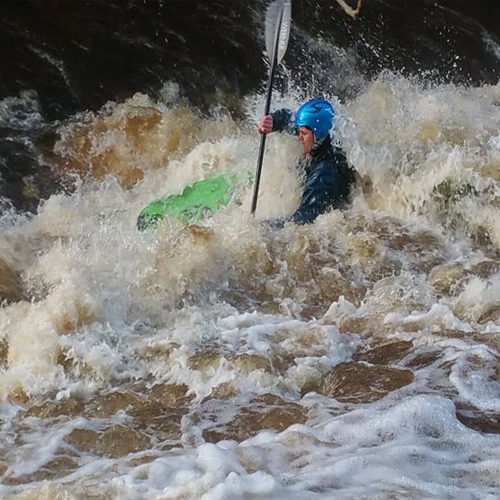 Why Kayak Wales In Winter?

The trip started as it went on, nineteen paddlers waking at a ridiculous hour all in the name of the glorious sport we call kayaking.

With the vehicles packed and ready to go we left from UL with excitement and encouraged by members who had gone before that it’s some of the best paddling we’ll ever do.

The trip to the fabled Jesse James Bunkhouse consisted of a lot of sleeping and wondering why Welsh has such a lack of vowels in the language.

Upon arriving we were left loose on the rooms to choose our beds for the week.

It was a tough competition where friendships ran thin and the scars resulting from it can still be seen today.

After a quick trip to the local paddle shop and an early night we were truly settled in to our new surroundings in rural Wales.

The next few mornings the early risers of ULKC were most definitely rewarded by what they found at the river.

The question of why go to Wales in the middle of winter was without a doubt answered by the wonder that is the River Dee.

A river that suits all levels of paddling.

One of the best places to practice beginner skills and has the famous ‘Serpent’s Tail’ rapid for those who wanted to push their paddling to the next level.

As the week went on there were repeat trips to the Dee along with trips to the Afon Llugwy and the mighty Tryweryn.

Amidst all this kayaking we took a rest day under the surface of the earth to an underground trampoline cavern.

A scene to make our own trampoline club jealous.

It’s safe to say after a week in Wales nineteen paddlers were truly introduced to a ULKC international trip.

After the long journey home, the tired but enthusiastic group cleaned the boats and made their best attempt to merge back into normal society.

For many it was their first international kayak club trip but I doubt it will be their last.

Reckon You Know Your Irish Slang?