A world without Wikipedia? 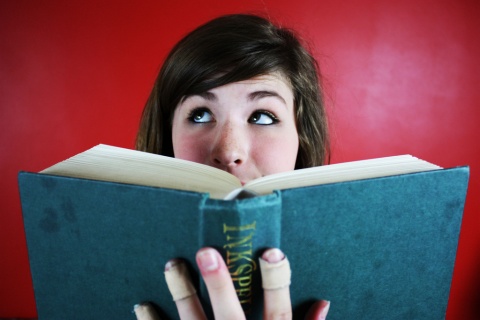 A world without Wikipedia?

Let me begin be stating that I am not promoting SOPA, PIPA or any form of intent to regulate the internet beyond the bounds of what is democratic, ethical and fair. I am not for censorship for the benefit of any one person, company or political party. Now that this affair is cleared up allow me your time to continue.

The debate surrounding the regulation of the internet drew few opinions, most people clearly see the American attempt as a failing of freedom of speech.  But what interested me about this situation was that it highlighted the role the internet plays in our lives.

I am thinking specifically of the Wikipedia. The “WWW” acronym could almost be changed from the World Wide Web to the Wonderful World of Wikipedia such is some people’s use of it compared to other internet use. Wikipedia closed down on January 18 in protest of the proposed SOPA and PIPA legislation. The reaction was predictable, kudos and then consternation, such is the need for Wiki in our lives. This is a positive thing, in a way. A great number of internet savvy (we can presume a large number of young people) all aghast at the closure of an online encyclopaedia. The search for knowledge is alive and well in cyber space still. But is this not the problem? The dependence on the internet and particularly Wikipedia for information is alarming as well as inspiring.

The day Wikipedia shut down out of protest saw this message posted on the darkened web page.“Imagine a World Without Free Knowledge.For over a decade, we have spent millions of hours building the largest encyclopaedia in human history. Right now, the US Congress is considering legislation that could fatally damage the free and open internet.”

Fair enough, it is a vehement statement that brands the legislation as undemocratic, and I agree. However the first line confuses me. I do not believe we had to wait until the advent of Wikipedia to access free knowledge. It seems the world may have forgotten about those ancient relics known a books and libraries. People need to realise that before the internet knowledge was still at our finger tips, perhaps a little bit more of a stretch away but available nonetheless.

I can still recall the day a large cardboard box arrived on our doorstep with a whole set of encyclopaedias inside. The gilded pages and hard backbones looked so inviting and luxurious, big and bulky but brilliant, like the Tardis of popular culture, they were even bigger on the inside. They were a window to a world of knowledge and inspiration. What I am trying to say is this: why is there such shock and horror at the loss of online information media when there has always been an alternative. Local libraries, bookshops, and magazines will always, and has always been there for our use. Information is obtainable even if the lights do go out on the information super highway.

Perhaps easy access is the root of Wikipedia’s popularity. My heart is saddened at the thought that information must be easily accessed to be coveted. Wikipedia is just another reminder of the spoon fed culture that is so ingrained in us, begging the question, would we be starved of knowledge without it?

In Pursuit of Happiness