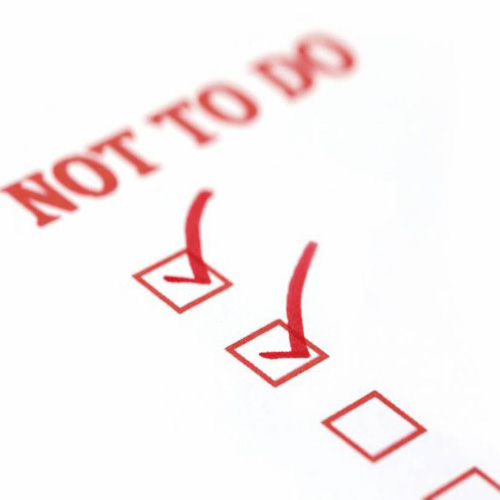 If you’re like me you ended up blowing your allowance for week two on Clubs and Soc’s only to find out four of them all meet at 6pm on a Wednesday. First mistake; actually paying for all these on Recruitment Day. Second mistake; thinking there were enough hours in the day to attend everything on my timetable, do the required readings and assignments, socialise, and stay on top of like six societies. Nope.

2) Not getting enough sleep

Between the late nights in the city, the late nights cramming assignments and the late nights spent binging Netflix with your flatmates, sleep can become an inconvenience quickly. It’s a horrible precedent to set however. A good night’s sleep means your body is less susceptible to illness, is shown to improve memory and can help you maintain a healthy weight. It might even save you money – no need for late-night pizza’s and no need for a large coffee the next morning when you’re struggling through your 9am.

It all seems well and good buying a load of veggies and fruit with your parents on the first day but it’s a bad idea. Honestly. You won’t even eat an eighth of them in the first few days and after that they’ll all be gone off. The amount of mouldy strawberries, black carrots and furry blueberries in my bin in those first few weeks made my heart cry.

4) Not emptying the bins until they’re full

Refer to point 3. Between gone off fruit and veg, those last two slices of pizza you can’t stomach at 2am and that ready-made meal that tasted like cardboard… they’re going to STINK.

You know what, this isn’t even my mistake, but it seems to be everyone else’s. Between plasters, colanders, Panadol & vinegar – you’re either lucky enough to be my roommate or you didn’t have it.

Guilty. To be fair, these five people or so were pretty great, but as it turns out, the other people in my course are pretty great too. On that note, don’t just befriend the people on your course. The wonderful thing about Uni is, in contrast to school, you aren’t stuck with the few people in your class. Get to know people in all your lectures/labs/tutorials – and not just people who did their Leaving Cert last year. Talk to the mature students, the students you meet in the years above you, the Erasmus students and members of your Clubs and Societies. University is probably your first and maybe your best chance to meet people of different ages, cultures, countries and interests – take advantage of that.

7) Leaving everything till the last minute

I am not sure how exactly I’ve managed to go from that girl in school who had everything done the day she got it to the person starting their assignment an hour or two before it’s due, but I’ve been told I am not alone. Look, I know it’s tempting to leave it all to the last minute but it’s not a good idea. Firstly, you could get sick or find out something cool is on the night before the assignment is due and now you can’t go. Secondly, if you cram it will be shite. Just sayin’.

8) Just shoving everything into the wash

DON’T DO IT. I don’t want to sound like your mammy here but… read the labels. Take it from me. Turns out my favourite clothes are supposed to be “handwashed” (who knew that was still a thing?) and that you really can’t wash colours with whites. Oh well.

9) Buying all the books

When your lecturers give you a list of “required” readings and suggested readings and you dutifully head down to O’Mahoney’s and purchase them all with such good intentions… The truth is, if you read the required readings you’re doing well, and you can just borrow them from the library anyways. Save your cash for those late night spontaneous Supermacs trips instead.