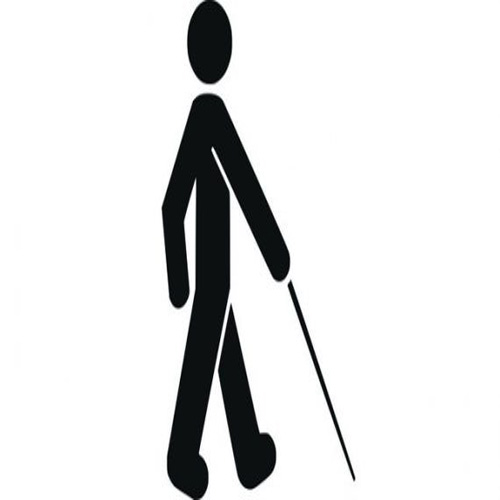 Josh Stundon (23) is a Human Rights and Criminal Justice student here in the University of Limerick (UL), and has already completed a bachelor degree in Law Plus. Josh has been blind since he was four and a half months old.

“So for example if somebody said to me you are wearing a brown t-shirt or the sky is blue outside it wouldn’t really mean anything and even when it’s dark I don’t know when its dark outside because I have no perception what the colour black is either. If I were nine or 10 when I lost my vision I guess things would have been far more different. Then I would have a sense of colours and would have had memories and would have a totally different outlook on life.”

Josh said he has not been bullied as such in the University but he has been isolated.

“Sometimes I do feel I am being ignored by my peers, whether it may be true or not is another case, but definitely from my own perception I do feel like I am being sidelined,” Josh added. “I understand people might have not been around people like me before and it could be difficult for them.”

Josh tries to get involved but said he finds it really difficult. He has a pretty strong interest in music and was part of the DJ Society in first year but said it didn’t really help.

Josh said he believes a lot of things are taken for granted and that most of the time people don’t care to stop to understand what situation the other is in, irrespective of if they’re disabled or not. Some of the problems Josh encounters in relation to his university work is researching assignments as he has to be careful with sources.

“I rely on the disability office as they convert the academic material from a PDF file to an alternate file, so it’s possible for me to go through them and find what I need.”

Josh is in the library from Mondays to Fridays working on his assignments, reading up for the next class or in Scholars to get away from the desk for a while for a cup of tea or to listen to some music. He relies heavily on the noise of the fountains and background noises to find his way to Scholars.

“The noise of the fountain helps me realise that, yes, I’m going the right way, and I usually need help when the fountain isn’t functioning or it’s really busy and I can’t hear the fountain.”

One of the biggest obstacles for Josh is navigating his way around the Main Building.

“If there were more braille on the door on the buildings in the University it would make everything easier. Even with months of mobility training, it would be next to impossible for a person in my situation to get around the Main Building,” Josh explained.

During the first six weeks Josh had a professional personal assistant but said that he was much older than Josh, he wanted someone he could interact with more and discuss aspects of his course with.

The disability office then organised for people from his course to take him to and from class.

“I know they have a tough time and are under a load of work, but it would help a bit more, for them and for people in need like me, if they are told at least a semester in advance of what we might need for the following semester.

“I think part of the problem is that there have not been that many totally blind people on campus and the administration is not really sure how to deal with this since they don’t have that much experience,” he added.

“If more blind people do come to the university I would like to interact with them and share my experience with them.

“Being disabled shouldn’t stop you, it should motivate you to prove every doubter wrong and more importantly prove yourself wrong and go beyond your dreams.”