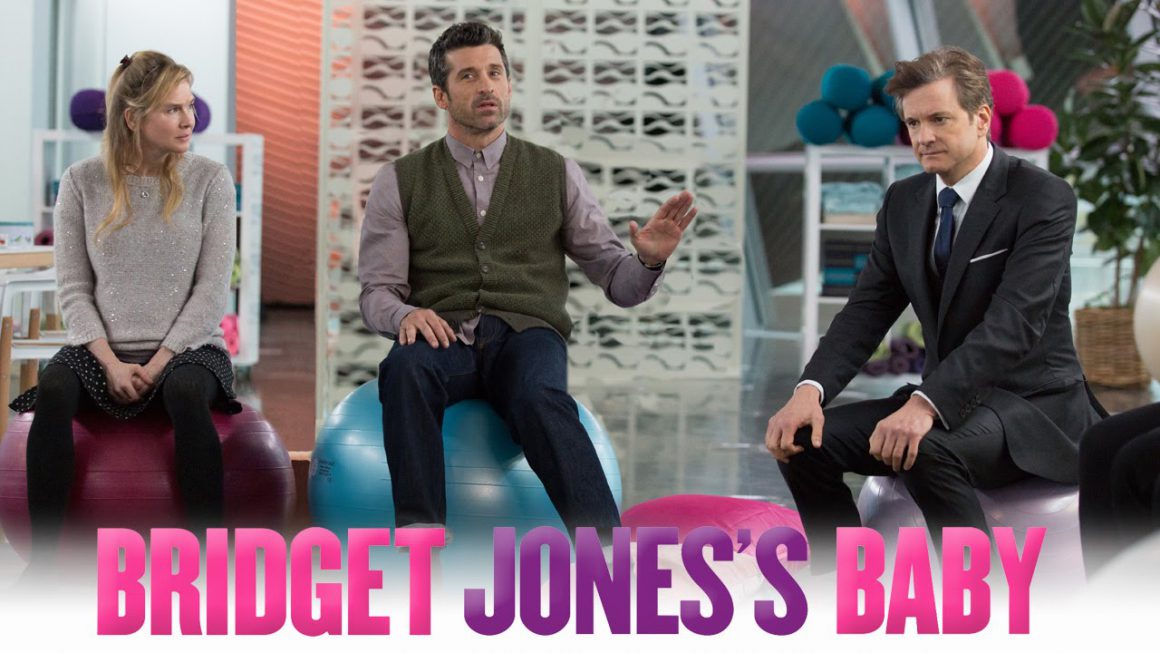 ‘Bridget Jones’s Baby’ picks up a couple of years after the second film where we find Bridget (Renée Zellweger) single and “all by herself” once again.

She resigns herself to focus on her career as a television producer but of course her plan falls apart when she has a one-time fling with dashing American tech billionaire Jack Qwant (Patrick Dempsey). Things get a lot more complicated for Bridget when about two weeks later she rekindles with the ex-love of her life Mark Darcy (Colin Firth).

Soon finding herself pregnant at forty-three years of age, unsure of what to do and how she should tell her two suitors that she does not know who the father is. Bridget avoids telling them that they may not be the father which results in some very funny scenes with her doctor (Emma Thompson) going along with the ridiculous charade.

Throw in a stellar cameo from Ed Sheeran at a huge music festival and it makes for comedic chaos particularly when Bridget and her friend ask him for a picture. It is also at the music festival where Bridget encounters Jack and is spurred on by her younger friend Miranda to be reckless and sleep with the first man she meets.

Meanwhile, Bridget is afraid of losing her job due to the new boss being so young and taking a liking to firing the elders working for the station. “I’ve got tins of soup in my cupboard older than her.” As a result, she volunteers to put a very important presentation together which is made even more difficult for her by the appearance of Jack and Mark.

Not forgetting about some of the original cast members Bridget Jones latest instalment doesn’t disappoint as all of her old friends return for the new movie too which also provides some light comic relief.

Finish the film with the obligatory romantic comedy trip across town that doesn’t go as planned and a hilarious and touching birth scene, the film delivers that perfect blend of hilarity and sincerity. Make sure to stick around for a post-credits scene which is a delightful treat for any die-hard Bridget Jones fan.