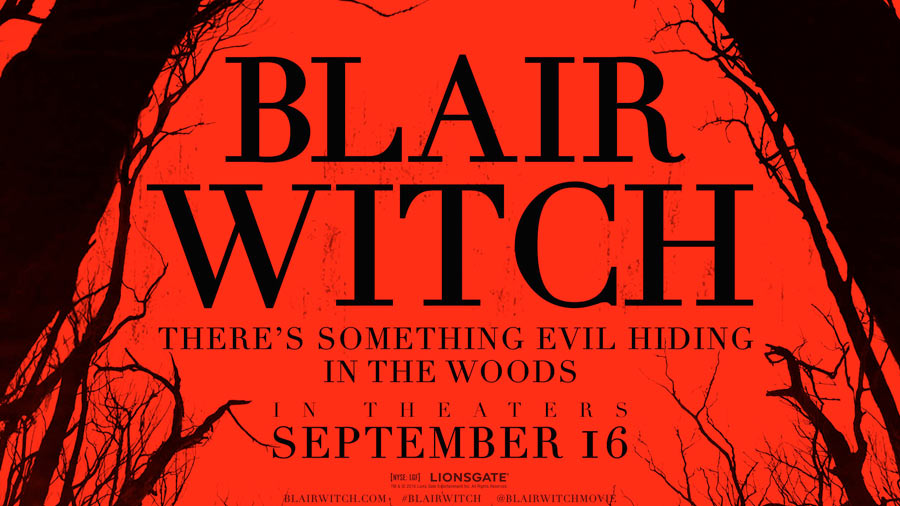 A by-the-numbers jump scare flick which didn’t even manage to satisfy, let alone impress, ‘Blair Witch’ was the antithesis to its prelude in every respect bar plot. Following on from ‘The Blair Witch Project’ (1999), this found footage film takes the plot of the original and runs with it, adding superfluous characters and subplots.

It follows James (James Allen McClune), brother of Heather (protagonist of the first film), and a group of friends, who head out to the Black Hills Forest in search of her, 20 years on. Rounding out the group of friends are Ashley (Corbin Reid), Peter (Brandon Scott), and documentary maker Lisa (Callie Hernandez).

The four friends head to Burkittsville, Maryland, where they meet Lane (Wes Robinson), and Talia (Valorie Curry), a couple who claim to have found footage in the woods which James believes contains a brief flash of Heather. The extraneous characters and increased special effects served only to detract from the appeal of this film.

Part of the charm of ‘The Blair Witch Project’ was its realism, and its simplicity; two features which ‘Blair Witch’ completely ditched. One of this film’s biggest problems was that it didn’t have a clear idea of what it wanted to be. It’s almost as if director, Adam Wingard, had a list of intriguing concepts, and shoehorned in as many as possible, with little regard for how they fit.

Characters Lane and Talia are little more than vessels for a number of these concepts, including some time manipulation and other supernatural phenomena that are introduced briefly, but never come to a head. ‘Blair Witch’ failed to do what ‘The Blair Witch Project’ did so successfully as it gave an insight to the characters and made you care about them. The fleeting moments of character development in this movie were few and far between and lacked substance when compared to the original, which used Heather and her comrades’ flaring tempers to ground the film in reality.

The overbearing sound design is a complete departure from that of the first movie, which triumphed in its subtlety. Headache-inducing screeching and crashing of trees replaced the almost miss-able crackle of twigs of the original.

Adam Wingard played fast and loose with the jump scares, disregarding tension-building in lieu of a quick and dirty payoff. This film not only failed as a sequel but as a horror movie in its own right. If viewed as a stand alone film, ‘Blair Witch’s problems would be fewer, but the viewer would still be left feeling jilted. While this film has you jumping out of your seat, it never manages to hit the mark and loses points across the board for its failures