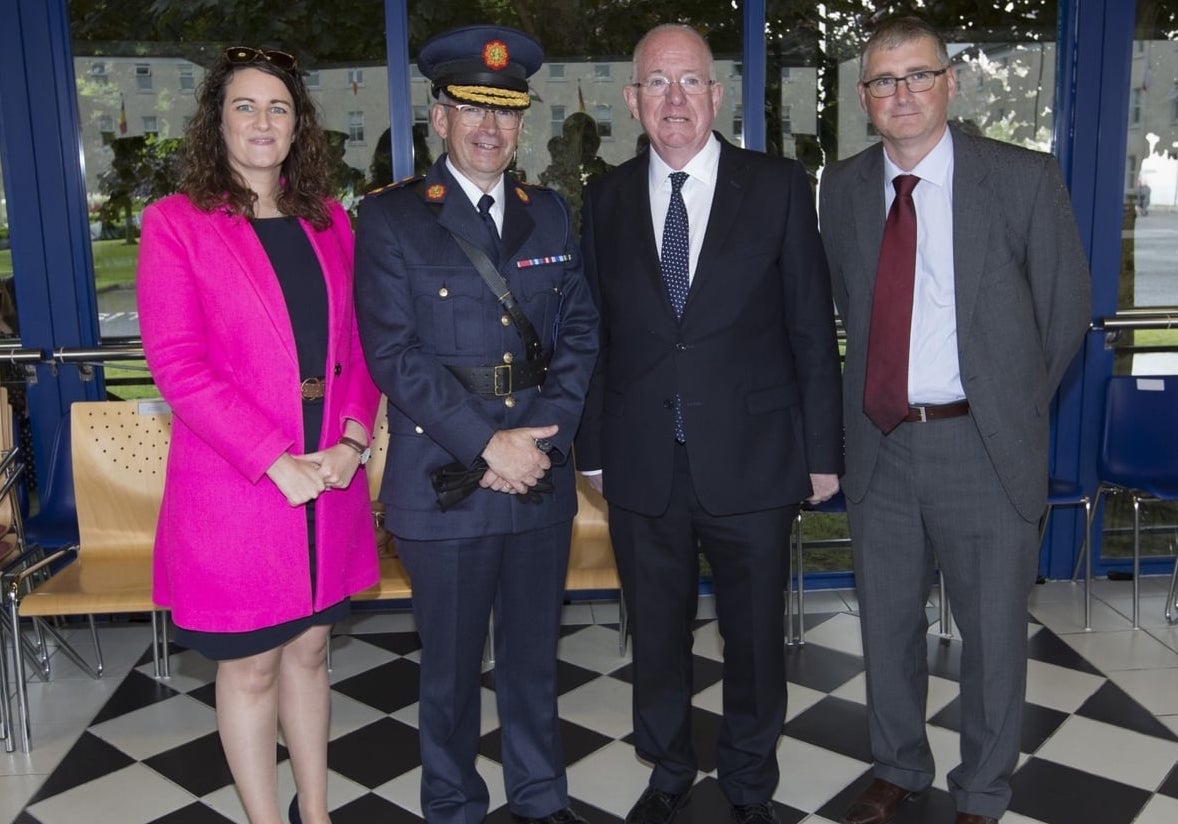 New members of An Garda Siochana are undertaking a BA in Applied Policing, accredited by the University of Limerick (UL).

A total of 185 gardai who were sworn into the force at a special ceremony at the Garda Training College, Templemore this month will take part in the programme, which embeds human rights and ethical policing as a core programme outcome.

The Bachelor of Arts in Applied Policing and Criminal Justice is a two-year part-time course, delivered online by UL’s School of Law.

Dr. Shane Kilcommins, Head of UL School of Law said, “We are delighted to accredit the level 7 and level 9 Garda training programmes and to offer a level 8 online programme that permits Gardaí to upskill in UL on topics such as evidence law, human rights law, criminal law, criminal procedure and crime and criminal justice.”

“There is a great emphasis placed on understanding and ethics, terms engrained dearly into the practice of Law at UL.”

“It is great to see a fusion between the University and An Garda Siochana, with such a large campus and volume of students to oversee, the University remains relatively peaceful and unscathed from criminal activity.”

Offering some final thoughts on the BA in Applied Policing Dr. Kilcommins denotes that, ‘The engagement is unique, and is helping us to develop excellent relations with the Gardaí.’

Newly appointed Garda Commissioner Drew Harris was in attendance at the ceremony, impressing upon the newly attested members the importance of openness, honesty and integrity as they embark upon the next phase of their careers.

Commissioner Harris takes the reins at a trying time, taking over from Dónall Ó Cualáin, who served as acting Commissioner since the resignation of Nóirín O’Sullivan in September 2017, following an array of Garda scandals, most notable that concerning Maurice McCabe.