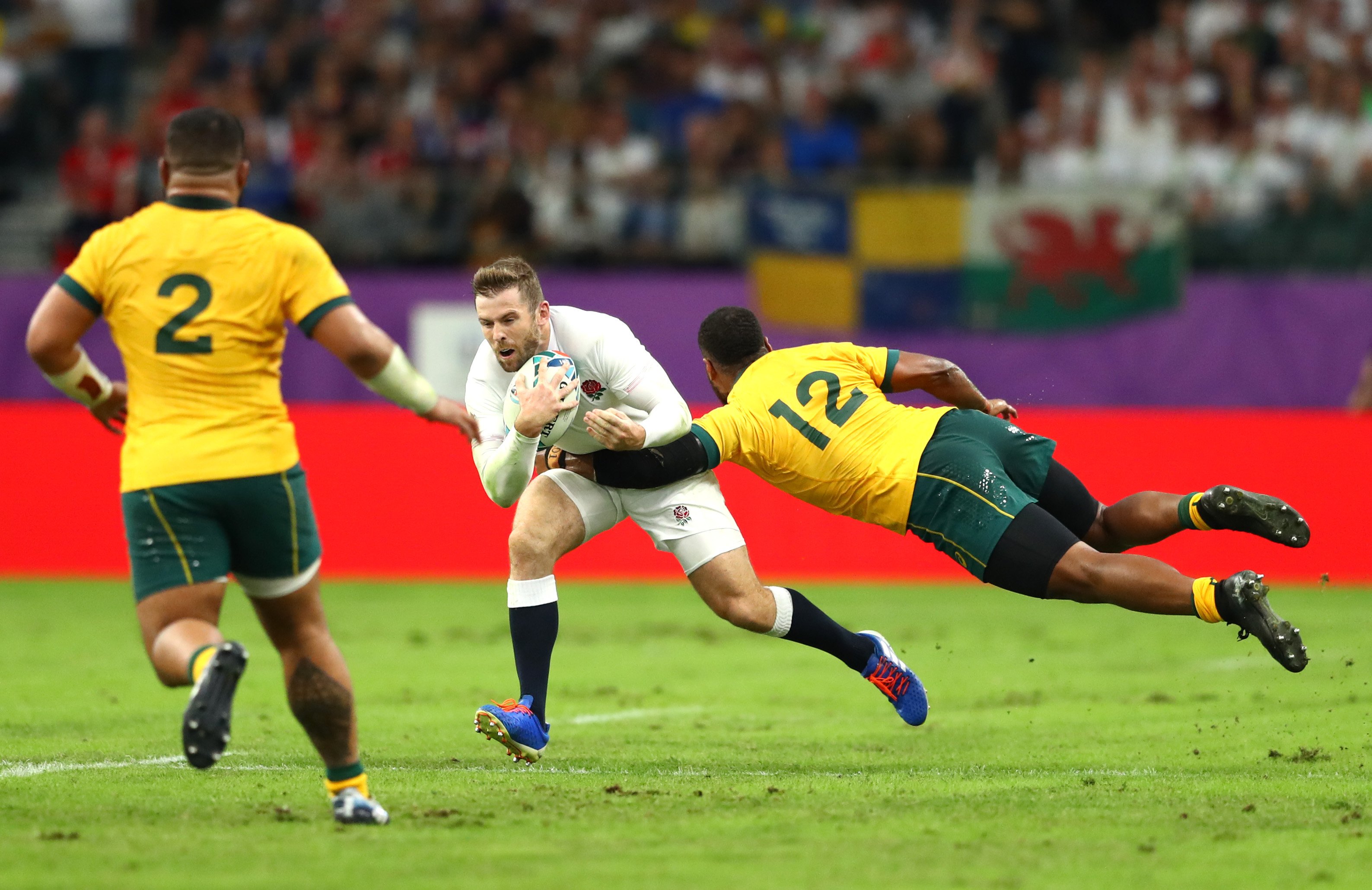 England went up against Australia this morning, kicking off this weekend’s Rugby World Cup (RWC) quarter-finals on Kyushu Island.

England were expected to win, having been better than Australia in the last few years, with a run of six successive wins against the Wallabies.

Australia were up for the challenge, however, looking to make something of their RWC and hoping to go one further than 2015.

Will Genia spearheaded an early Australian attack, with Kerevi providing scares, as well as numerous others. A knock-on spelt the end of this early opportunity.

An early scrum seemed to heighten tensions between the forwards with some tense scrums.

Australia weathered the first English storm with some outstanding defence. 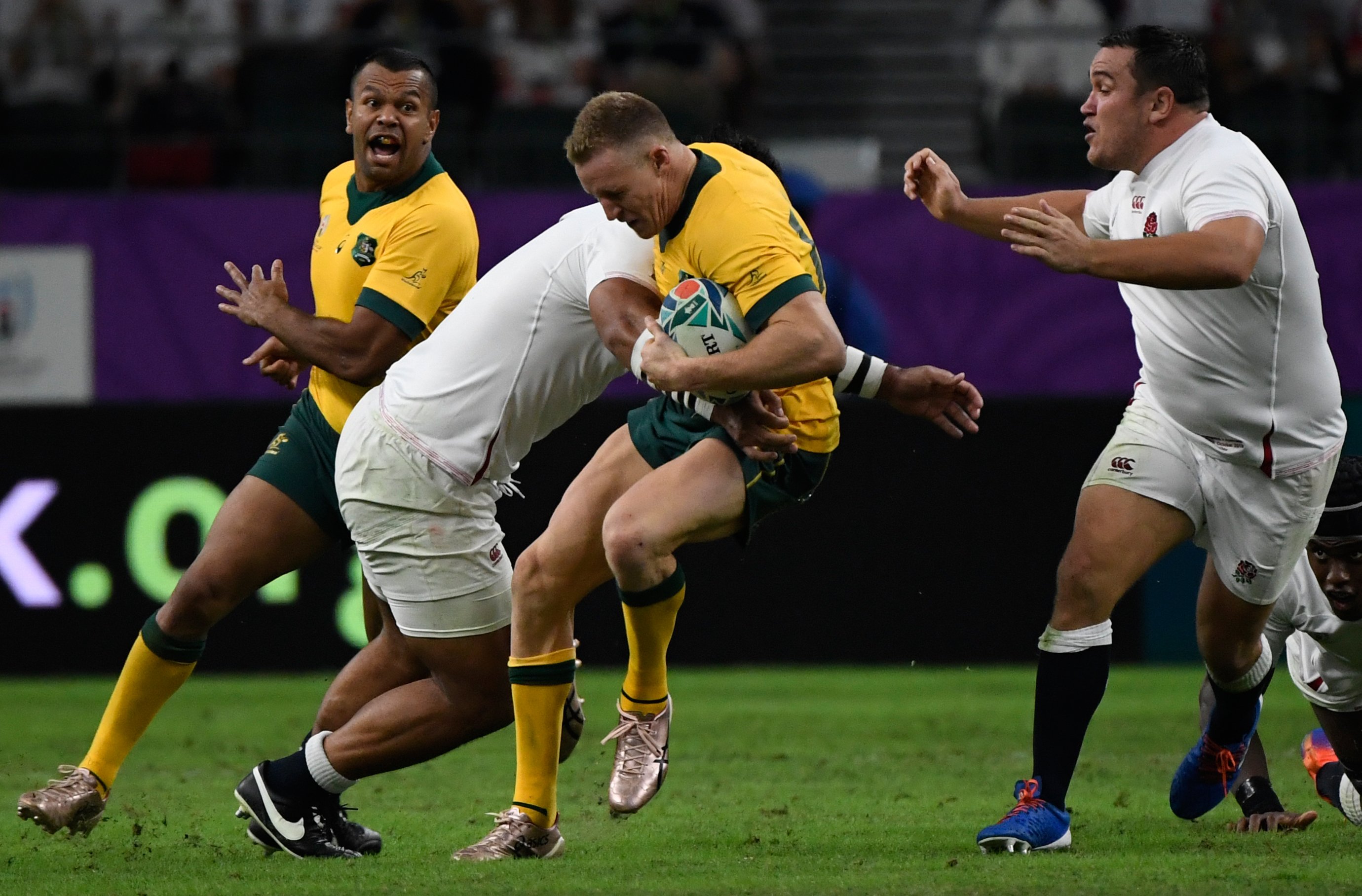 England tried again and succeeded this time, Jonny May getting over the line on his 50th cap.

Farrell made easy work of a tight angle.

Slade intercepted and played it through to May for a quickfire reaction to Beale’s attack. Farrell squeezed it between the posts with another brilliant kick.

Australia did their best to keep up with England, but could only get a penalty for their efforts.

Leali’ifano cost the Wallabies three points minutes later for not rolling away, Farrell taking it from a kickable position.

Billy Vunipola was taken down by two Aussies brilliantly, winning themselves a penalty in the process.

Leali’ifano kicked into touch, and Australia drove close with their attack, winning another penalty after some subpar scrummaging from English tighthead, Kyle Sinckler.

Leali’ifano added three to bring the deficit down to eight at half-time.

Australia started strongly with a great try from Marika Koroibete. Leali’ifano brought the game within one.

Sinckler replied to the Aussie try with one of his own, put through by a brilliant pass from Farrell, who converted the extra two.

England added to their reply with three points after a collapsed scrum. 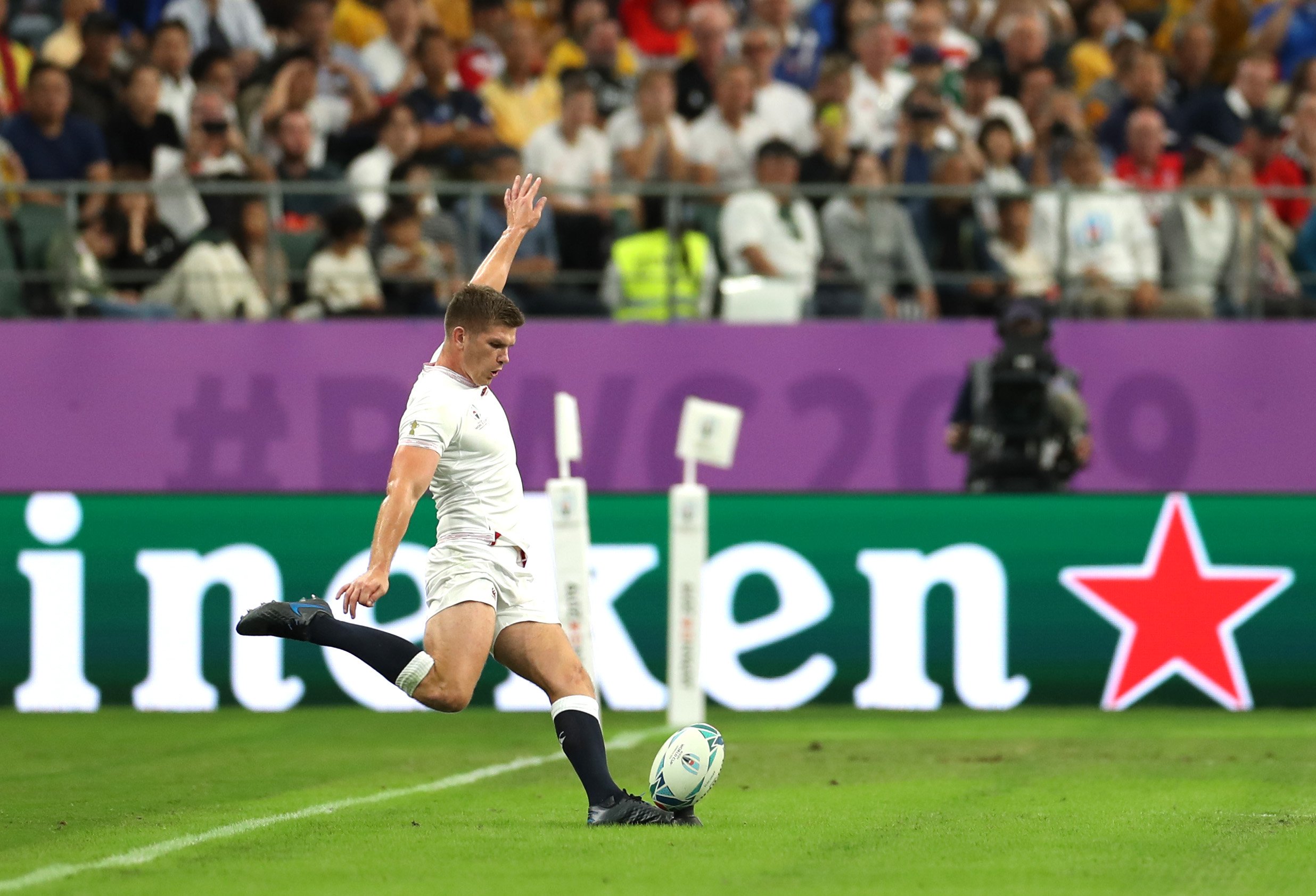 Australia managed to gain possession and spent time in England’s 22. They couldn’t take advantage of the space out wide, and it was turned over.

England returned the pressure, Ben Youngs dropping the ball before he could ground. 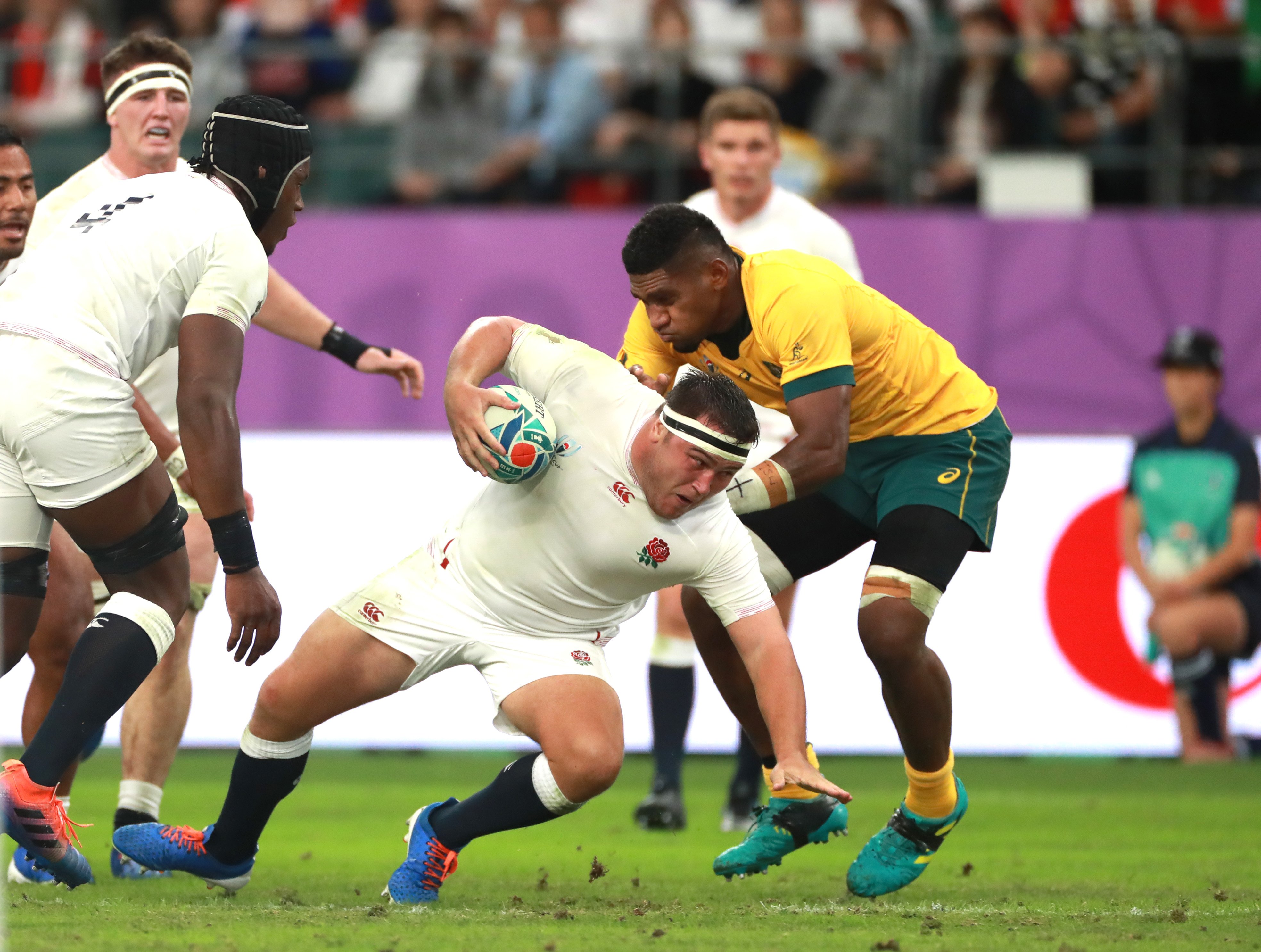 Farrell chose to kick from the posts when it was brought back after Australia went in at the side.

Farrell, back to his best today, made easy work of it once again.

Anthony Watson intercepted brilliantly after some Australian complacency to kill the Wallabies off. 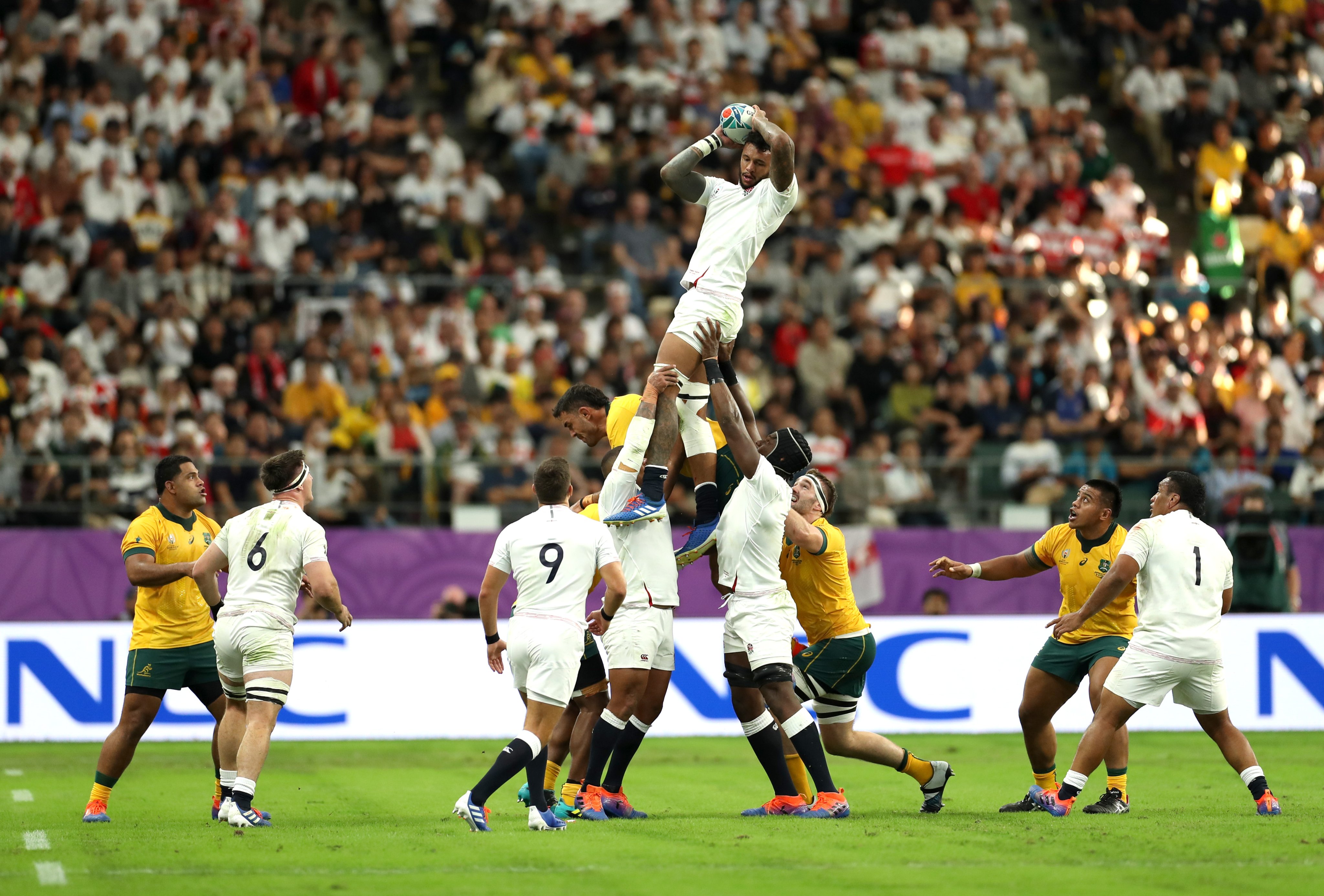 Farrell finished off a perfect kicking game to bring England’s total to 40, 20 for himself.

Koroibete seemed to provide a moment of brilliance to make Australian’s smile, but his try was ruled out due to a forward pass in the build-up.

The TMO had thought it wasn’t forward, which seemed odd as it was clear even when the play was happening.

England progress to face the winners of New Zealand v Ireland after a commanding performance.

Both teams will be sweating at the thought of facing this team.

A record RWC defeat for Australia to cap off an extremely disappointing RWC, the Wallabies will look to improve massively for next June’s Rugby Championship.

A sad end to Will Genia’s Australia career.

A one-sided game with little competition, it could have been very dull. England’s quality, however, shone throughout.

What a magnificent team they are.

They’ll be ready for whoever.