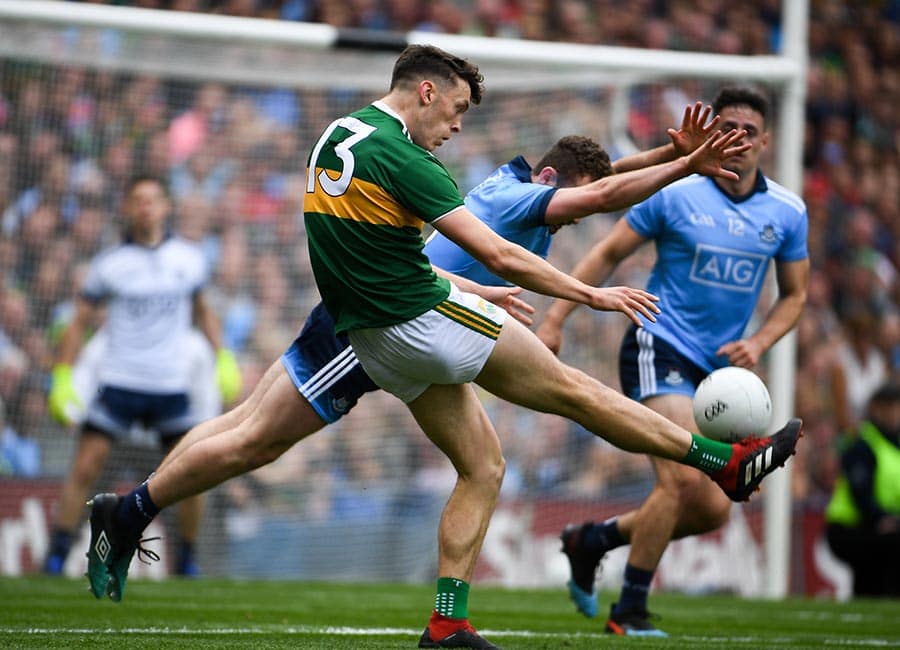 The much anticipated All-Ireland Football final replay takes place this Saturday at 6pm.

Croke Park will serve as the backdrop when  two of the most decorated counties in GAA history, Kerry and Dublin, will battle it out for All-Ireland glory.

Dublin are on the cusp of making history by becoming the first team to do five All-Ireland titles in a row, while Kerry want to upset the odds and spoil the party on Dublin by winning their first All-Ireland since 2014.

Both teams have been in stunning form in the lead up to the final, both teams going through the championship in impressive form as Dublin strolled through Leinster and topped their group in the super 8s.

Kerry have also showed very good form also, they have been revigorated since Peter Keane stepped into the managerial hot seat, and has went with youth from the start.

His gamble as paid off handsomely by romping to victory in the Munster championship with wins over Cork and Clare.

The last day both teams played a great brand of football and played out a very entertaining game. Both teams went for it.

Dublin showed great resolve and showed why they were going for 5 in a row with Jonny Cooper been sent off in the first half.

Kerry will be kicking themselves that they weren’t able to close the match out and they must answer the following questions the next day.

Can Kerry stop Dublin’s quest for five in a row? Have they missed their chances after the first game when Dublin were reduced to 14 men?

The big question is can Kerry match the intensity that they brought to the final two weeks ago and get the service they need to their deadly forwards in Sean O Shea and young David Clifford.

Peter Keane has a huge dilemma whether to pick Tommy Walsh, who made a huge impact in coming on in the super 8s and the final two weeks ago setting up the important goal for Killian Spillane.

The other task facing Peter Keane’s men is keeping Jack McCaffery quiet as most of the attacks started with him and he also scored 1-3 which was hugely impressive from half back.

Jim Gavin’s men will have to keep their discipline unlike the last day with Jonny Cooper been sent off for two yellows after he wasn’t able for the talented forward David Clifford although pundits would say it was a harsh red card.

Also Jim Gavin has decisions to make whether to start with Dermot Connolly and Cormac Castello to freshen things up in the forward line.

Kerry will believe on Saturday they can upset the odds yet again, they look a different team since Peter Keane took charge. They proved two weeks ago they could match Dublin with blow to blow. If their forward line clicks they will certainly push Dublin all the way again.

But Dublin have shown real class and are very adaptable to any situation as we seen two weeks ago when they lost Jonny Cooper and played the whole second half with 14 men.

I’m going to put my neck on the line here and say Kerry will certainly match Dublin again on Saturday but the power and depth of quality of Dublin’s bench will prove pivotal and I think we will see history been made with Dublin winning the Sam Maguire cup for the 5th time in a row.