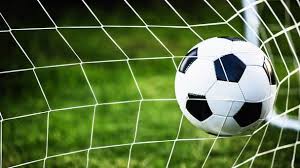 University of Limerick 3-1 Athlone IT

UL recorded a vital win over Athlone IT on Wednesday, November 13th, to banish their relegation worries and lifted them into contention to reach the quarter-final stage of the competition.

The visitors got off to a dream start when their first attack resulted in a goal.

A long throw-in was looped over to the right-hand side of the UL box where their right winger unleashed a shot that took a significant deflection on its way to goal.

The deflection caught the already committed Séan McCormack in the UL goal off-guard as the visitors celebrated an early lead.

Their celebrations were short-lived however, as the Shannonsiders responded immediately. In the 12th minute Olu Solanke broke down the left wing before feeding striker Adam Foley.

Foley made inroads into the Athlone box before he was cut down leaving the referee no option but to award a penalty and issue the defender a yellow card.

Last season’s top scorer Foley stepped up to take the penalty and made no mistake dispatching the ball into the net from 12 yards out.

UL were level and looked determined to make amends for their opening three defeats.

UL now took control of the game dominating possession. UL then started to create chance after chance, the first of these coming in the 18th minute as Foley forced a fine save from the Athlone shot-stopper and the resulting corner lead to a goalmouth scramble that was eventually cleared away.

Another chance came the way Ed O’Dwyer’s shot after 27 minutes saw the Athlone keeper called into action once again. UL came even closer with Solanke’s effort beating the keeper but not the woodwork

Much like their opening game against Waterford, UL created the majority of the chances but were unable to convert them into goals, Foley was denied once again in the 35th minute.

A dangerous break from Athlone spelled danger but centre-back Colm Barrett did well to win possession before releasing Donal O’Connell up the right wing.

An inch-perfect pass was laid across the edge of the box to Andy Quaid who side-footed the ball into the back of the net with 39 minutes played. A fantastic team move that sparked wild celebration from the players.

The second half saw the Athlone outfit take firm control of the second half. They came close on several occasions but could not find the equaliser.

UL then had another chance from O’Dwyer’s shot from range in the 57th minute looked destined for the top corner but the crossbar denied the midfielder. A goalmouth scramble from a UL corner in the 74th minute was hoofed clear but there was a real sense that it was a matter of when not if the third goal would arrive for the home side.

The third goal finally game in the 79th minute to put the game beyond doubt. The goal came from a corner when the ball was whipped in fell to the feet of Barrett who poked the ball home to put the result beyond doubt. McCormack was called into action in the 83rd minute producing an acrobatic save to prevent Athlone from staging a comeback.

UL can take several positives from the win notably the return of Evan O’Connor who missed all of last season through a cruciate ligament injury that required surgery. The Aisling-Annacotty man played over 15 minutes and strengthens UL’s squad significantly.

Things are finely poised in the Premier Division South ahead of UL’s final league game of the season away to UCC on November 26th.