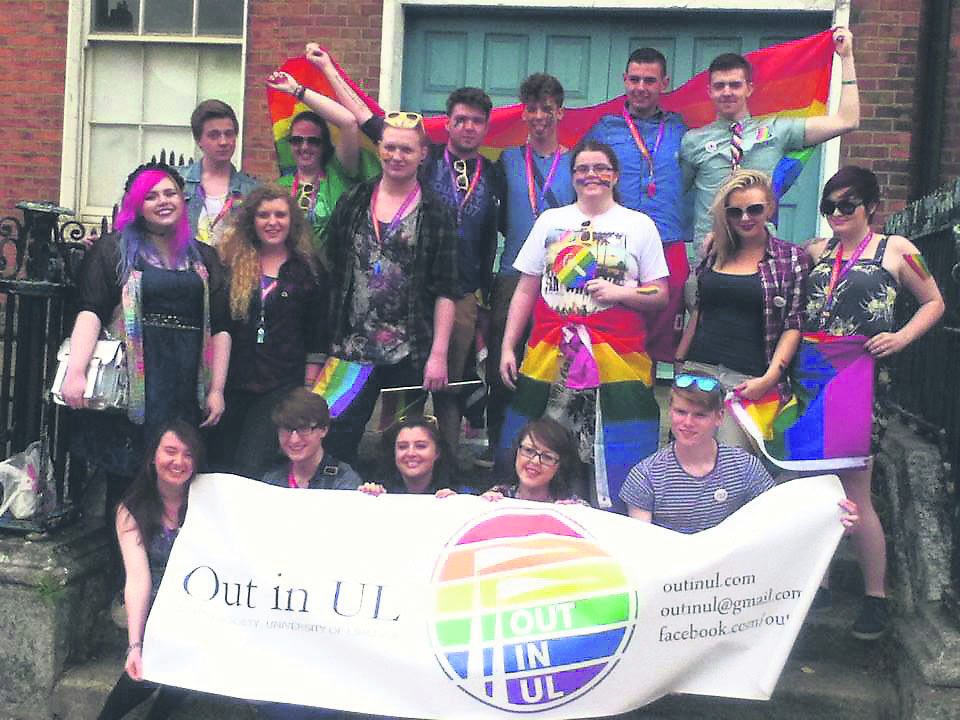 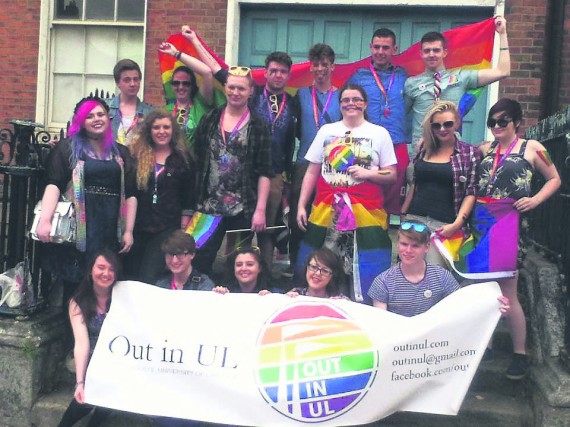 One of the most uplifting moments for me was during the debate at the Students’ Union UGM, on whether or not the Union should support a yes vote in the referendum.

To see so many of my peers, regardless of gender or sexuality, speaking from their hearts on, not why the Union should support a yes vote, but why the union needs to support it, was genuinely touching.

Seeing the result of the referendum on a national level was, of course, hugely uplifting as a member of the LGBTQ community, but I was never as proud to be just that in UL, as when not one single person at that UGM voted against the motion to support the right of all, regardless of sexuality, to marry.

Being able to go out with other members of the society, and those involved with the SU was great, but the response from 90% of those that we talked to was even better.

Out in UL Awards

On a national level, winning the GALA award, for Best LGBT Student Society 2015 was brilliant and inspired us to really push the work of the society even further.

However, I think having our event, Queerbash, nominated as one of the best events in UL for the year and winning the C&S award for the overall best society, for the first time, showed that our work is really recognised by the whole wolfpack. Representing the work of all UL Clubs and Societies at the national BICS awards was an absolute honour for the society.

This was my second year at Dublin Pride and I can honestly say I have never felt I had more reasons to be prideful than this year. I honestly think that every member of the society who marched at either Limerick or Dublin Pride this year with the society would say that seeing all the support there for the LGBTQ community across Ireland is very special.

Out in UL’s four main aims are: support, education, showcasing the LGBTQ community, and bringing the LGBTQ and wider community together. We achieve these aims through the wide variety of events we host, the services we provide and the committee’s passion for the society and its members. All objectives are to improve the experience of LGBTQCISAP (Lesbian, Gay, Bisexual, Transgender, Questioning, Curious, Intersex, Straight Allies, Asexual, Pansexual) students in the University of Limerick.