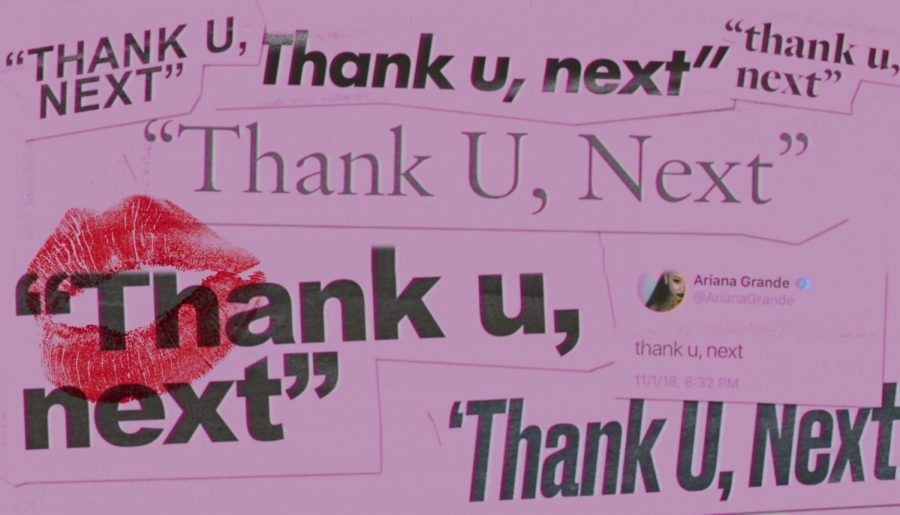 It’s only been six months since the release of her smash hit album “Sweetener” and the queen of pop Ariana Grande has just released her follow up album “thank u, next”.

The recent turmoil the star has faced in her personal life provides the singer with a lot to touch on in this album, and she certainly does it in her own unique way.

From the release of the hit single “thank u, next” audiences knew Grande wasn’t wallowing in her pain, rather embracing the events of the last year and celebrating herself for coping with them.

Heavily influenced by R&amp;B, this album is a departure from her usual “bubblegum pop” and conveys an entirely different message to fans about her approach to life and loss.

Grande no longer sings about survival, instead her narrative has changed to that of acceptance.

Just six-months after Sweetener, the album opens new wounds in Grande’s life all while singing about ex’s and friends in a respectful, playful way.

This album is a perfect follow up to Sweetener and it opens a new chapter in Grandes life, instead of the “everything will fix itself” attitude from the last album Ariana now tackles issues with a tone of intimacy that isn’t lost on the listener.

Even those who aren’t familiar with the stars music, Grandes name has been in the public eye a lot over the past year due to a torrent of misfortune in the stars personal life.

Many of the tragedies in her life have been extremely public events and the singer doesn’t shy away from these in her songs.

Instead, throughout her music audiences are now able to gain more of an understanding into the emotions behind the words just from knowing the events in her life.

Resonating with audiences far and wide for its embodiment of resilience, love and happiness, Grande manages to connect with her fans on a level different to her other albums.

Grande successfully blends vulnerability with her stunning vocal talents meaning each song is different to the last.

Emotional moments aren’t lost in this album, “Ghostin” the artist shows that she still mourns the loss of the late Mac Miller.

In a simple one voice, one melody track Grande conveys her heartbreak even before she speaks on the track. We also understand the artists difficulty in expressing her grief as she was in a very public relationship at the time.

In stark comparison “7 rings” brings with it an air of indulgence and fun. Singing about the lavishness of her life, Grande boasts of her riches stating “I see, I like it, I want it, I got it.”

This album, while cheesy at times, provides each listener with one Instagram caption worthy lyric after another.

Each song pairs easy melodies with sublime vocals and while the subject matter may be dark and depressing at times, Grandes upbeat attitude allows us to celebrate usually dark emotions in new ways.