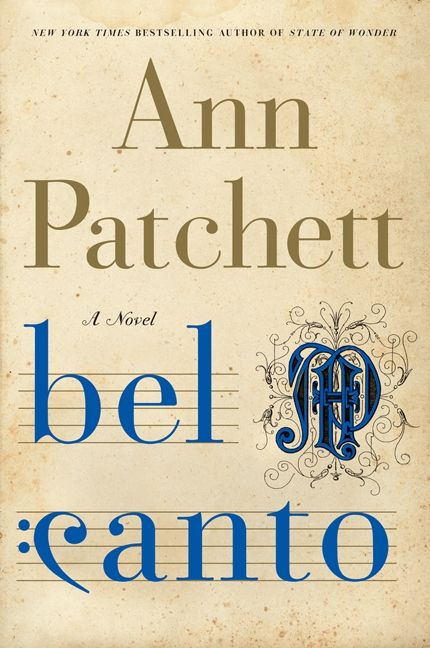 Inspired by the hostage taking situation at the Japanese embassy in Peru in 1996, Ann Patchett decided that it was missing one thing – an opera singer.

In this captivating rendition of life or death, she corrects the deficit but in doing so creates a fantastical and defiantly romantic read.

But it’s not as light-hearted as you may think.

American soprano Roxane Coss has been lured to an unnamed South American country, the blur of big bucks obscuring her characteristic carefulness. She herself is the bait of an even bigger fish: Japanese businessman and opera fanatic, Katsumi Hosokawa, for whom the host country is throwing a party for in hopes of attracting investment.

As the curtain closes on Roxane’s final performance, the lights in the mansion begin to flicker and terrorists swarm over the A-list guests with a list of demands. Then the real story begins.

After the initial shock wears off – including the brief but unsettling description of the death of Roxane’s accompanist – the hostages soon come together in harmony. The terrorists have already failed in their mission: their real target, the Japanese-born president, stayed home on the crucial night with more “pressing matters” to attend to. He was watching his favourite soap opera.

With their intentions quickly realised, the terrorists have no other choice but to keep Roxane hostage. Soon the tables are turned, and Roxane is giving the orders, demanding score after score and enchants everyone in the mansion with her spell-bounding voice.

The ploy is ingenious: A hijack in which the captors have nowhere to go and the captives have no desire to be free. For Mr. Hosokawa, proximity to his idol is a dream come true. For his translator Gen, captivity turns into an opportunity to change his lonely life when he meets a young woman named Carmen.

Like her heroine in Bel Canto, Patchett plays to her strengths throughout with tremendous range. With bravura confidence and creativity, she plays with pace to encompass both the brutality of the situation and the long days of the captives. Following the formula of operatic performance, Patchett seamlessly transitions from melodrama to tragedy, comedy to sublime romanticism.
Similar to her previous novel State of Wonder, there are moments in Bel Canto that require the reader to suspend their disbelief for the story to work. Would every man find Roxane attractive? Would everyone in that room really be interested in opera?

Overall, Bel Canto is a story of passionate, doomed love; of the triumph of our shared humanity in a crisis, and of a couple of other cheesy themes but Patchett makes it work, completely.