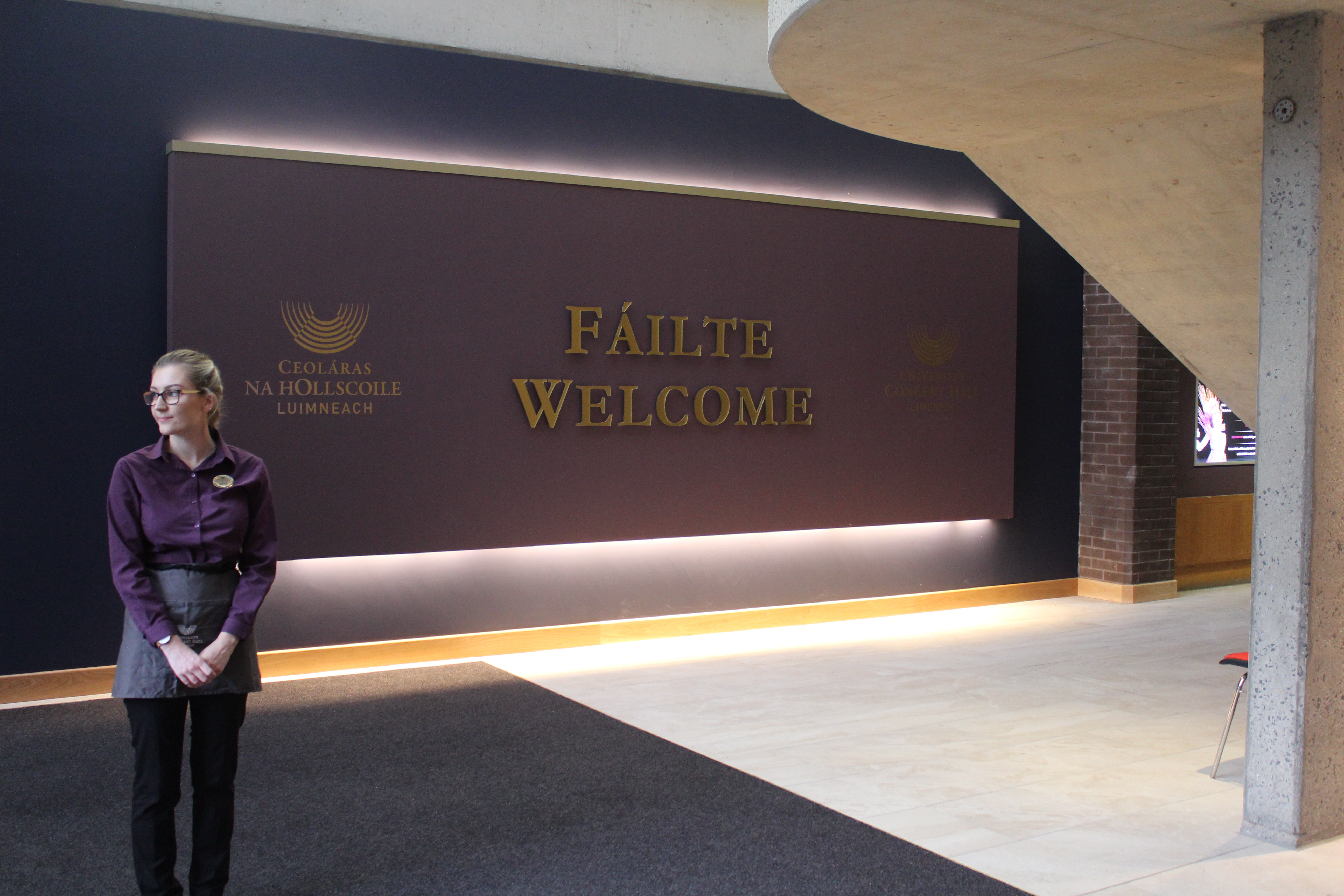 Geographically, it is situated right in the middle of UL, but it’s place at the centre of student life goes beyond location.

It’s the place you go on Open Day, still unsure whether University of Limerick is the place for you.

It’s the start of your day on Orientation Day, when you’re nervous and apprehensive.

It’s where you finish your journey, throwing your cap up in the air on Graduation Day.

In between you might have lectures, go to film screenings, grab a coffee in Allegro, attend a comedy gig.

For some of us, it’s also a workplace.

I started working with UCH just a few months ago as part of my co-operative work placement for my Journalism & New Media degree.

As a journalism student with an interest in the world of marketing, it was the perfect balance to the other half of my placement with the Limerick Post newspaper.

My role here at UCH is Social Media Executive, which basically means you’ll see me sneaking in side doors and hanging precariously over balconies to take the perfect shot for our social media feeds.

So far, working with UCH has given me the opportunity to go up to RTÉ studios for a day, take photos of Celia Holman Lee and a sufficient amount of free cake (I am not sure if that’s just because it’s our birthday though…).

My favourite show I’ve seen in UCH so far has to be Russell Brand, although unfortunately I hadn’t started working as a social media mogul yet.

He’ll have to come back so I can get some photos (and a selfie of course).

Both work as ushers as part of the front of house team.

Kate explained their role; “It’s our job to check tickets at the door, show people to their seats, sell merchandise and to ensure everyone is happy during the show. Front of house ushers are the first port of call for any concerns or issues that may arise.”

Kate is a General Nursing student in UL and has been working with UCH for two years.

She is more familiar with the concert hall than most, having attended shows for years “especially the pantos as a child!”

“When the opportunity came up to work here I applied immediately as I have loved coming here and the fact that it is on the UL campus makes it very convenient!”

Some memorable moments in her time here have included running on to the stage after a child who “wanted to join the show.”

She’s met lots of celebrities in her time (she namechecks Nathan Carter as a particular favourite), but her favourite is “definitely” Keith Barry.

“I have no idea how he hypnotizes people. I find it amazing!” she gushes.

Ben is a fan of the comedians who’ve graced the UCH stage.

Surprisingly, another favourite of the second year Maths and Physics student was the LMS production of Jesus Christ: Superstar.

“I agreed to over one of the girls for the last one simply because I wanted to see it again!”

There’s another Ben in our rollcall here.

Ben McMahon is an Art and Technology masters student here in UL.

He’s also a member of the technical team in UCH.

“I work as part of a team to provide technical support and operate sound and lighting equipment for shows,” he explains.

Ben worked in live event production for a while, which required some extensive travel.

Heading in to his final year of Music, Media and Performance Technology, he wanted somewhere local, and UCH fit the bill.

“Before working at UCH, I had visited UCH with touring productions and liked the venue and the quality of their productions” he said.

“I have greatly enjoyed my time at UCH, largely due to the staff, show quality and flexibility.”