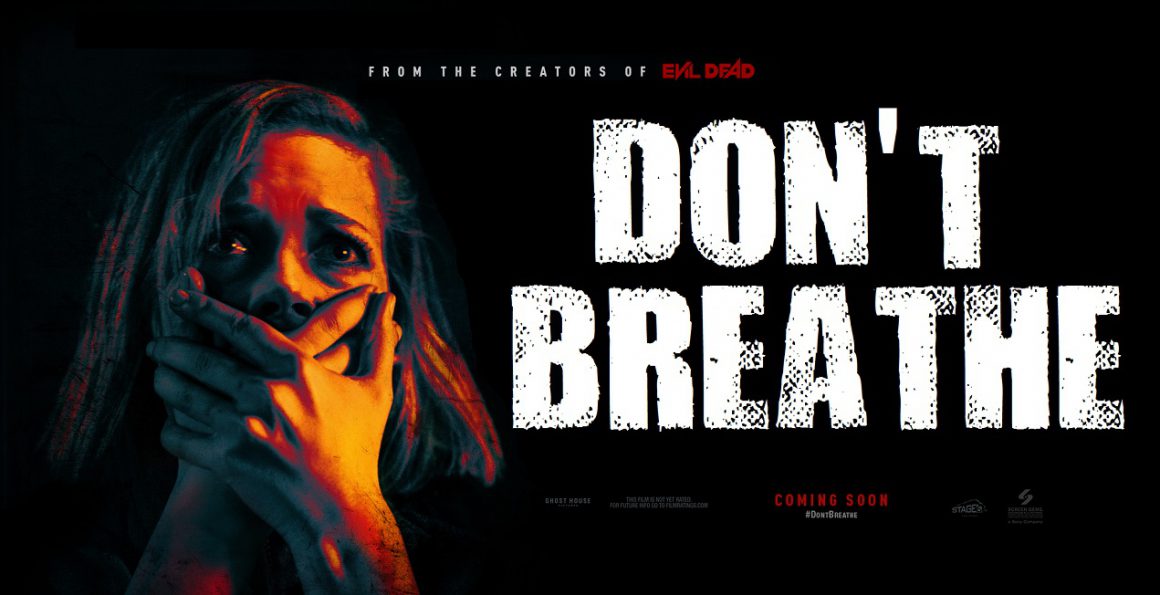 An enthralling horror which surpasses expectations in almost every regard, ‘Don’t Breathe’ manages to step away from tired horror movie tropes and carve out a place for itself in an over-saturated market.

Focusing on Rocky (Jane Levy), a Detroit teen burgling houses to stay afloat, the plot sees her and her accomplices, boyfriend Money (Daniel Zovatto), and friend Alex (Dylan Minnette) robbing a blind war veteran who they see as an easy target. Upon invading his home in an abandoned neighbourhood, and finding themselves trapped inside, they must fight for their lives as the lights go out and predators become prey.

The trio are forced to navigate a house full of creaking floorboards and hiding in plain sight from a ruthless killer. As the film unfolds, it reveals itself to be much more than the marketing would have you believe, as the line between hero and villain is consistently blurred.

This unnamed blind man is brought to life by Stephen Lang (of the Avatar franchise) who, with minimal dialogue, manages to deliver the stand out performance of the cast. While the characters are wishy-washy, with clichéd backstories and woefully generic roles, that’s not enough to take away from the overall movie experience.

‘Don’t Breathe’ pushes all the right plot buttons, to keep you guessing throughout, with some nifty sound design and unforgettable shots, including one black out scene that rivals a similar scene in the Silence of the Lambs. This movie’s thrilling and inventive premise, coupled with some clever film-making on the part of Fede Alvarez, makes this potentially clichéd film a surprising success. It manages to rise above its problems – of which there are few – to become something which is genuinely scary, without overindulging in the grotesque.