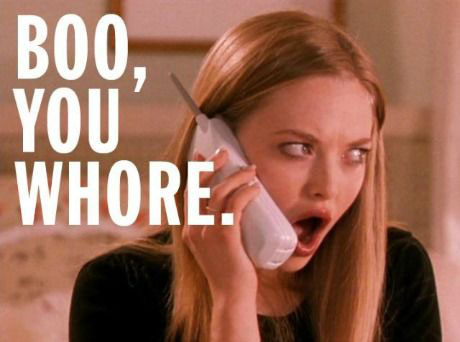 I recently went home from Limerick and one of my family members told me that they had been at a disco the week before and had shifted five different people during the night. My first reaction was: “Are you ok? Was it consensual? Did you enjoy it?” and after that my thoughts were: “Fair play, I wish I could do the same!” Now that probably says a lot about me, but we’ll move on.

Fast forward to a few hours later and I was being told that that kind of behaviour was disgraceful, and said person was going to get a bad reputation for themselves and get called a slut and I needed to have a word with them. Now, the person in question is admittedly young and probably should not get into the habit of doing this too often.

But still, I honestly could not get over this reaction. It’s 2015, do we seriously still live in a society whereby your reputation is more important than enjoying yourself? Well yeah, I knew that was still a thing but it’s a pain in the ass when I see just how much of a thing it still is.

The word ‘slut’ is one that is mostly used to refer to any girl between the ages of about 12 and 30 who has done anything from wear a skirt above their knees, to have sex with more than one person in the space of a couple of weeks.

Yet, usually if a male was to do the same thing he would be either just ignored or celebrated, and be known as a ‘stud’ or ‘pimp’. God only knows how many songs there are with singers talking about what a pimp they are because they have so many ‘hoes’.

Oftentimes, even when someone calls out a man for getting with too many people they’re referred to as a ‘man- whore’ or ‘man-slut’, making it clear that these kinds of words are inherently feminine. Just because I’m a girl, society has programmed those around me to refer to me as a slut because I want to wear a cute crop top or kiss three people in one night.

I mean monosexual people are often attracted to more than just one person, and it’s the same thing for bi/pan people. Your sexuality has zero bearing on how actively sexual you are as a person, it depends entirely on what you yourself want. No sexuality is ‘sluttier’ or more promiscuous than any other.

The fact of the matter is, it has no bearing on your life whether or not someone wants to have sex with three people in one night or show some cleavage. These words are used simply by petty or jealous people, myself included, but at the end of the day, ‘slut’, ‘whore’, ‘hoe’ and all the others need to become redundant words, because there is simply no need for them to be used anymore.

5 things the Writing Centre can do to help students’ writing