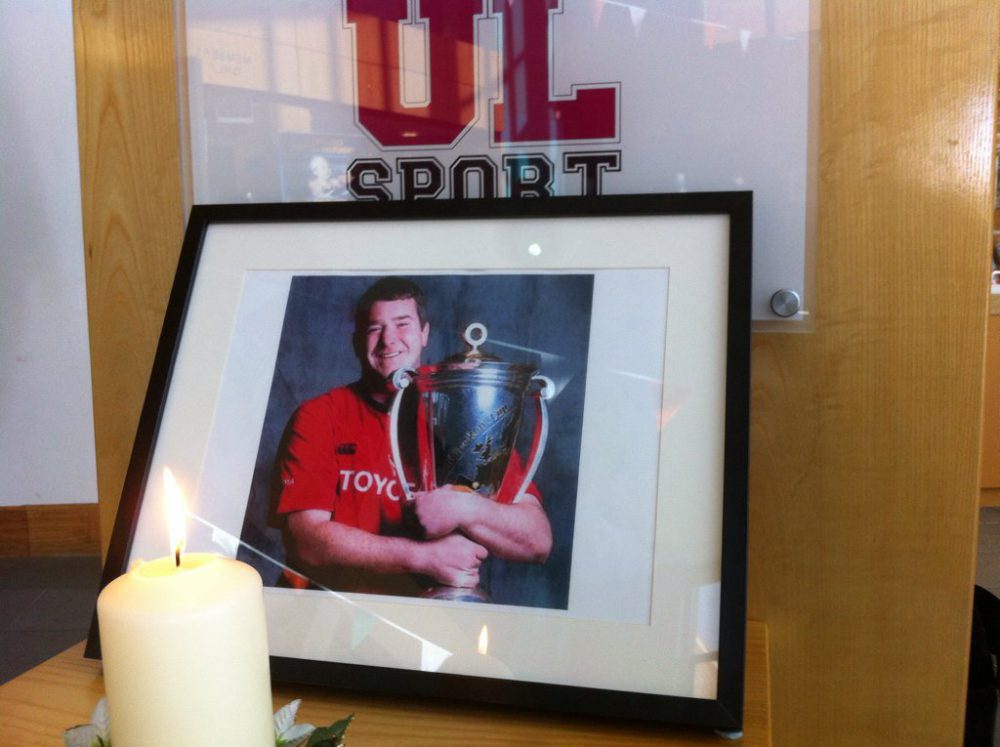 A Book of Condolence for Anthony Foley has opened today in the UL Sport Arena.

The book is open for all to sign and is accompanied by candle and a photo of “Axel” with the Heineken Cup.

The book has been open to sign since 9am and is nearly half full, filled with messages of thanks and respect for the Shannon Back-Row.

UL Chaplaincy, Father John Campion said: “He was unbelievable, he was a man of the people, people identified with him. There are no words to express the loss to his family, the community, and Irish rugby.

The news of Anthony’s passing, shocked many at UL and student Kevin Kinane said: “It’s just too sad, I don’t know what else to say, I’m stunned.

“This is just too sad actually, it’s sad for everybody, I’m just left speechless.”

UL Director of Sport, David Mahedy said: “He was a true leader and he demonstrated this quality both on the field of play and more recently, on a daily basis as he went about his work with Munster’s next generation here at the UL campus. He will be sorely missed by all. May he rest in peace.”

Fr Campion was at a rugby match when he heard the news and initially didn’t believe what he heard.

“He was a young man, a man of few words; his actions always spoke louder than words.

“It just hit me, and I was saddened, he was a very personable man, happy with anything and he always learned from failure, he was a true Munster legend,” Fr Campion added.

Anthony made an enormous contribution to Munster and Irish rugby over a career marked by success at club, province and national level.

He captained Munster to their first Heineken Cup win in 2006.

He was also the first Munster player to surpass 200 appearances for the province and won 62 international caps.