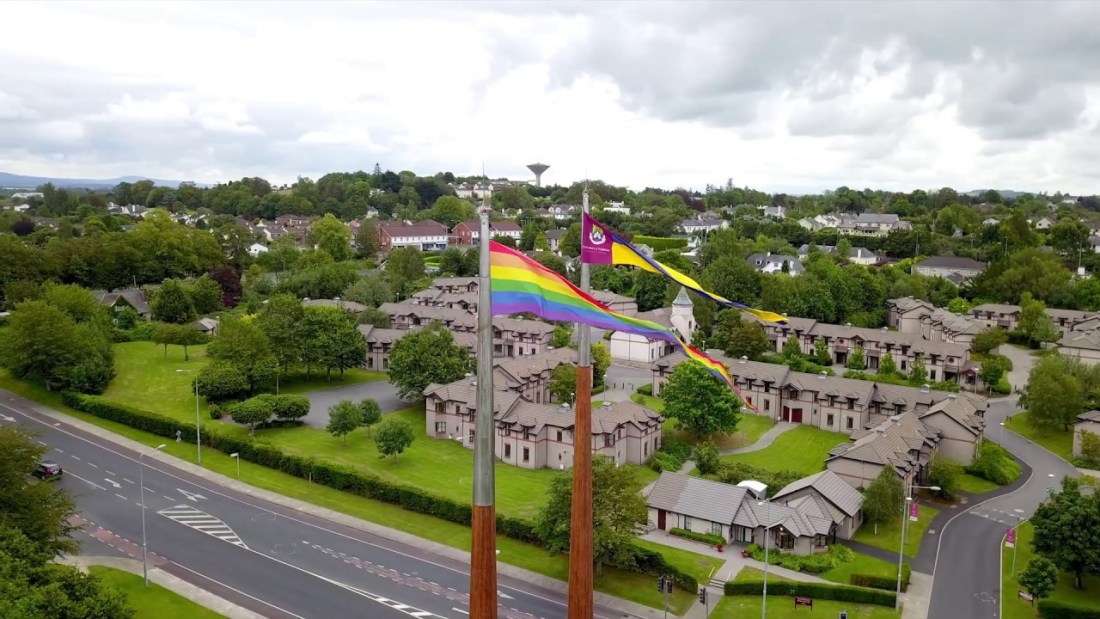 Calls are being made for a Diversity and Inclusion Office to be established within the University of Limerick.

LGBTQI+ Representative of UL Student Council Alena Kiel is leading a campaign to set up a Diversity and Inclusion Office within the remit of UL Student Life.

They believe that such an office would fill the need for greater awareness and inclusion in UL, beyond just flying the flags, and building on the work done by clubs and societies.

Mx. Kiel does believe that UL is getting better as an inclusive space but that there is still a long way to go.

“We can fly the Trans pride flag, and we can fly the rainbow flag, symbolically and do all that stuff, but we have to actually follow through,” Mx. Kiel said.

At present Mx. Kiel is in the process of establishing a formal need for a space of this kind, by linking in with various support offices and student services.

They also plan on engaging in public consultations with students from clubs and societies like Out in UL, Fem Soc etc., as well as students from diverse backgrounds currently without representation.

“There’s a big gap. There’s this huge, huge gap where UL says how committed they are but students aren’t feeling that,” they said.

Student Information and Support Coordinator Jenny Blake sees a Diversity and Inclusion Office as a way to bring together the work being done by many different departments and organisations within the university together in one place that gives a voice to students and staff.

According to her, a key role that an office of this kind could play is to support the sustainability of collaborations between UL, research groups such as the Hate and Hostility Research Group (run jointly by the Departments of Law and Sociology), UL Student Life, and clubs and societies.

“If there’s 50 different people doing 50 pieces of diversity and inclusion work on their own, well then things get lost, and I suppose we don’t have a coherent approach and an active approach, or a proactive approach,” Ms Blake said.

The planned increases in student numbers by UL, especially international students and students from diverse backgrounds, is one of the many reasons Ms Blake sees a need for an office like this.

It is also vital that it be student-led, or include a major element of student participation, to ensure the inclusion of students from every type of background in university life, she said.

She believes while the new Centre for Student Life, when completed, will present an excellent opportunity to establish a Diversity and Inclusion Office, the groundwork for setting it up needs to start now.

“Whatever you decide to do, do it well. Don’t try do too much too soon and then it’s all diluted, so if you are gonna have a space and it’s gonna be a space for diversity and inclusion, make it your best room, at the front of your best building,” she added.