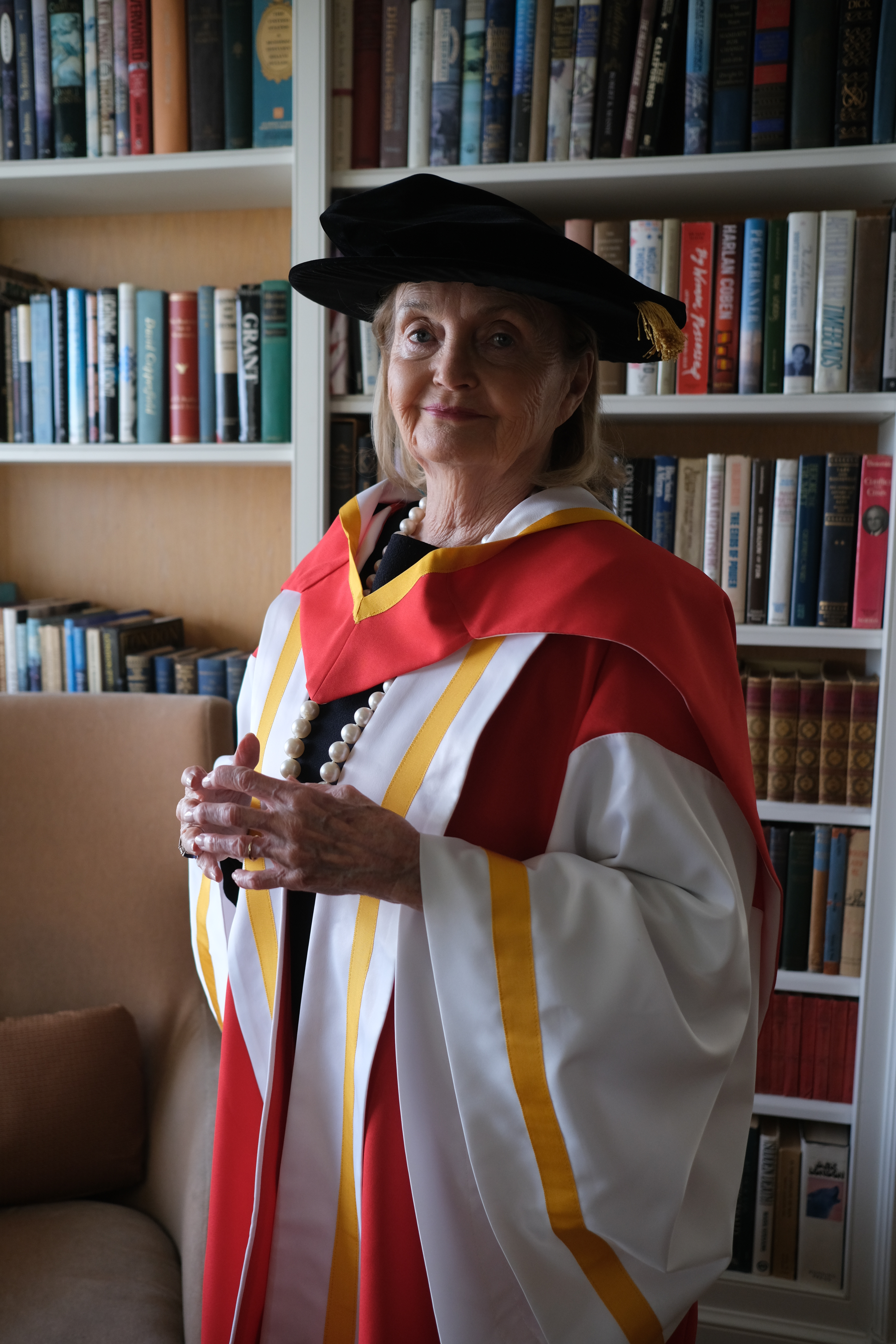 At an event in Glucksman Ireland House at New York University on Fifth Avenue, UL chancellor Mary Harney conferred the degree on Ms. Glucksman who has sat as chair of the board of UL Foundation since 2014.

“The vision, advocacy and leadership of Loretta, and her late husband Lew, allowed UL to build upon the work of our founders.

“Together with their generosity and access to extensive networks, the Glucksman’s have allowed UL to grow and prosper throughout the institutions first half century.

“Loretta’s level of engagement on the ground is very real and applied. When she engages in a project, she fully commits to it and we have witnessed that first hand in Limerick.

“In the most fitting way possible through this honorary doctorate, we have added the capstone to Loretta’s membership of the UL family,” Dr Fitzgerald said.“Her affiliation with, loyalty to and unstinting advocacy for the University, along with her determination that its development be sustainable and progressive, makes us very fortunate to count her as a friend, Dr Fitzgerald said.

On receiving her honorary doctorate, Mrs. Brennan Glucksman, whose associations with UL date back to the 1990s, said that “Lew and I began our Amazing Irish Adventure in Limerick.  It is a joy to have maintained so many of those precious friendships through three decades.

“I am endlessly grateful to Limerick. The culmination of that friendship and those years of UL flourishing now has a wonderful capstone in the form of this honorary degree which I accept with deep humility and gratitude,” she said.

The granddaughter of four Irish immigrants, Loretta Brennan Glucksman was raised in an Irish neighbourhood in Allentown, Pennsylvania and now lives in New York City.

Dr. Fitzgerald added “The vast majority of students will visit the University’s library many times during the course of their studies. As they enter the library, they will pass a framed plaque that commemorates the opening of the Lewis L. and Loretta Brennan Glucksman Library and Information Services Building on May 15th, 1998.” “In encapsulating the role the Glucksmans played in the task of bringing the library to that point on that landmark day, the message under the official statement says it all: “Lewis and Loretta Glucksman provided the leadership that united the support of private donors and the State in building this facility”.

Spanning more than 20 years, Mrs Glucksman and her late husband Lewis have made major contributions to the university, funding key projects such as the Frank McCourt Chair in Creative Writing; Brennan Court Residence; the Glucksman Library; the Glucksman Chair in Contemporary Writing; the Glucksman Reading Room and the University Concert Hall.

Dr. Fitzgerald concluded that “as well as enriching the imaginations and careers of our current and future learners and researchers, the legacy of her generosity will extend well beyond our own campus – it will enrich the lives of generations of Irish people living at home and abroad for many, many years to come.”