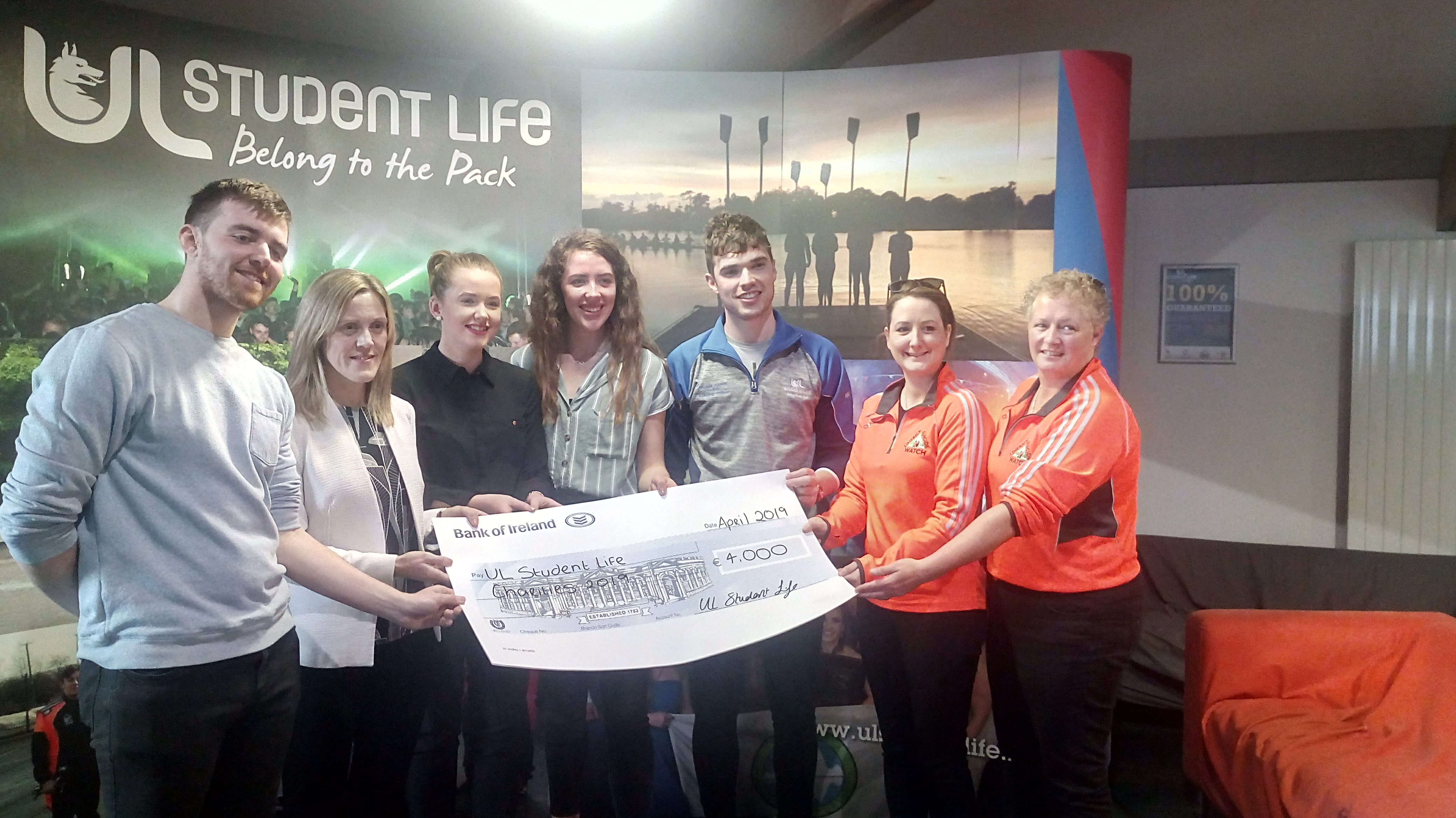 February’s Charity Week was a roaring success, raising 16,000 Euro for four local charities in the process.

With the help of over 40 student volunteers, students raised much-needed funds for charities in the Limerick area.

“This is a highlight of the year – we’re able to give back to the local community, bring Charity Week back to its charity roots, and it’s so great to see this, especially because other Universities have scaled back their charity weeks due to backlash.”

Lucy O’Hara of Limerick Suicide Watch says the money will go an “awful long way” in the running of the charity, disclosing that it costs 45,000 Euro to run the group between insurance, training and equipment, so the money will be “a huge help.”

Danielle with Clare’s Wish also expressed gratitude for the donations, saying that “having money in our account is so important, we don’t want to be the charity that turns people down because we don’t have the money, so it’s great we can be the right people at the right time”.